MSL One Year from Launch

One year from today, the Mars Science Laboratory will launch. It seems fitting that the workshop during which we choose the final three possible landing sites begins today. The whole process blows my mind. I will be sitting in a conference room this week with dozens of Mars scientists, poring over data of unprecedented detail for seven locations on Mars. We have images of the sites of such high resolution that we can count the individual rocks on the ground. We can map the composition of layers of sedimentary rock only a few meters thick. We understand martian weather enough to predict the wind conditions over the landing sites and consider how that will affect the landing process. We understand these locations well enough that we can debate whether the environment in which they formed was conducive to preserving evidence of microbial life. 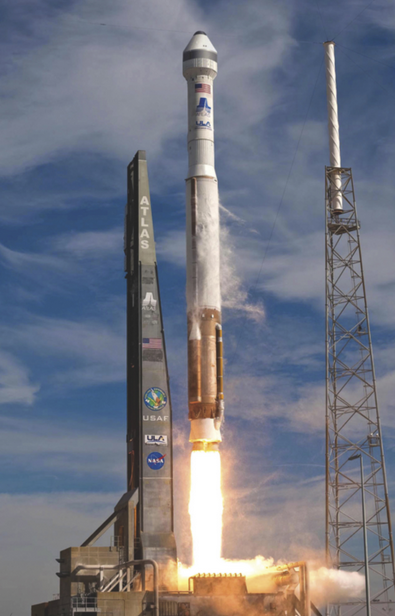 A United Launch Alliance Atlas V blasts off with a Boeing CST-100 in this rendering of a future launch.

It is going to be a grueling and fascinating process to choose the final three sites. And then, one year from now, the rocket goes up. It will travel for almost a year, across forty million miles of empty space, and land in a circle twenty kilometers across.

And then the real fun begins. I can't wait.