May 25 was quite a morning!

First comes Astronaut Don Pettit declaring from the International Space Station, "It looks like we've got us a dragon by the tail." He and his colleagues had just reached out with a robotic arm to hook onto the unmanned SpaceX Dragon capsule. Dragon hooked onto the ISS's Harmony module and unloaded a cargo that included food, supplies and science experiments.

I am awed and proud.

Planetary Society Member Elon Musk heads SpaceX and this grand vision, a vision that he and his team have made reality (and history: the first private company to successfully launch its own craft to be captured by the Space Station). It's an epic celebration, and one that includes the world's space agencies, from the international crew aboard the ISS, to NASA's partnership with SpaceX, to the components like the Canadian-built robotic arm that come from scientists and engineers around the world. Space as a unifying force.

Still glowing from news of this marvelous success, I turn to slashdot. Another terrific surprise, a link to an article in The Sydney Morning Herald: Apollo 11 astronaut Neil Armstrong talking about space with an association of Certified Practicing Accountants (his father was an auditor)! Videos capture a conversation between Armstrong and CPA Alex Malley.

He speaks in detail about his lunar landing; he talks about our future in space. He holds no punches, and pushes for an innovative future in space: "NASA has been one of the most successful public investments in motivating students to do well and achieve all they can achieve."

To hear Neil speak with such intelligence and passion -- and to smile at Malley's invitation to Armstrong to fly with him on a glider in 20 years and to again celebrate a vibrant space program -- is something at the top of my mind as we cheer the Dragon docking and begin the countdown to Curiosity landing on Mars this August. Armstrong has it right: none of this is possible without a strong program for space. It's up to you and me, people like Neil Armstrong and Elon Musk and Don Pettit, to speak out for this future. If you have not already, please consider joining The Planetary Society's international campaign to Save Our Science. 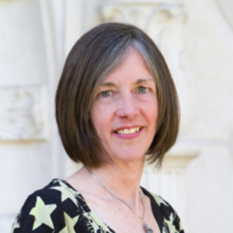 From the Planetary Society we've been told that we all have to support the Congress to back Obama and the NASA budget. We've been told and heard Buzz Aldrin support Obama's administration in the plans of exploring new worlds and going to asteroids, Mars... Buzz Aldrin always claims "we've been to the Moon and there's nothing there." I never liked Buzz Aldrin because of how he likes to be exposed and take advantage of the Apollo popularity he gained. How can you skip the Moon, which could be used as a base for traveling to other planets and conducting experiments? We are not experienced enough with lethal radiation and the Moon would be an excellent place to bring about solutions regarding human survival in hostile environments. But no... Buzz Aldrin wants the US to go to Mars and check a "mysterious monolith" in one of the Mars's moons (check that out on YouTube). But, on the other hand you have Neil Armstrong. An excellent human being, a true hero Americans should be proud of. Very humble, honest and passionate. Who wouldn't love and get inspired by a such a person? I feel sad for the current US space program and the pathetic show of Buzz Aldrin. I'm also sad because we can't never have enough from Neil Armstrong. I wish he gave more interviews.