At 02:23 local time 8 December (18:23 on 7 December UTC), a Long March 3B lifted off from Xichang Satellite Launch Center, carrying the Chang'e-4 lander and rover toward the Moon. There was no official Chinese television feed of the launch, but the Yunnan Amateur Astronomers Association provided a livestream of the dramatic nighttime launch.

Here's a replay of the launch from the unofficial stream pic.twitter.com/n18I501UPH

#China launches Chang'e-4, in attempt to be first in landing on far side of the Moon pic.twitter.com/m8EQzci2z4

The spacecraft has now performed its trans-lunar injection rocket burn, aiming toward the Moon. According to Quanzhi Ye, there are rocket maneuvers planned for 8, 9, and 10 December (UTC), and orbit insertion is planned for about 15:00 on 11 December.

It will be 26 days until the spacecraft lands on the lunar farside, on or about 3 January. We'll post further news as we get it! In the meantime, follow me, Andrew Jones, and Jonathan McDowell on Twitter, and read our Planetary Report article about Chang'e-4 by mission scientist Long Xiao. 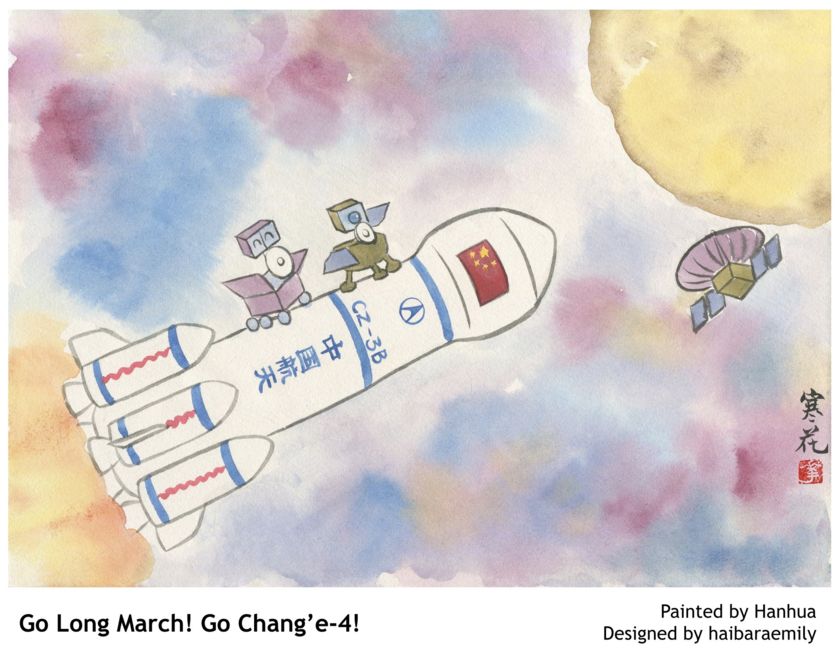 Chang'e 4 and its little rover ride a Long March 3B rocket toward the far side of Moon, where Queuiao waits to relay its knowledge.