OSIRIS-REx Earth flyby: What to Expect

OSIRIS-REx launched on September 8, 2016. Now, a year later, it's returning to its home to get a second boost on to its destination, the asteroid Bennu. The main purpose of the flyby is to change the inclination of OSIRIS-REx's orbit to match Bennu's. To tilt the orbit, the spacecraft has to pass by one of Earth's poles. So the spacecraft will approach Earth most closely over Antarctica, south of Cape Horn. Close approach altitude is 17,237 kilometers (targeting 23,595.5 kilometers above Earth's center). Due to the far southern location, OSIRIS-REx will be out of contact with all Deep Space Network stations for about an hour around closest approach. 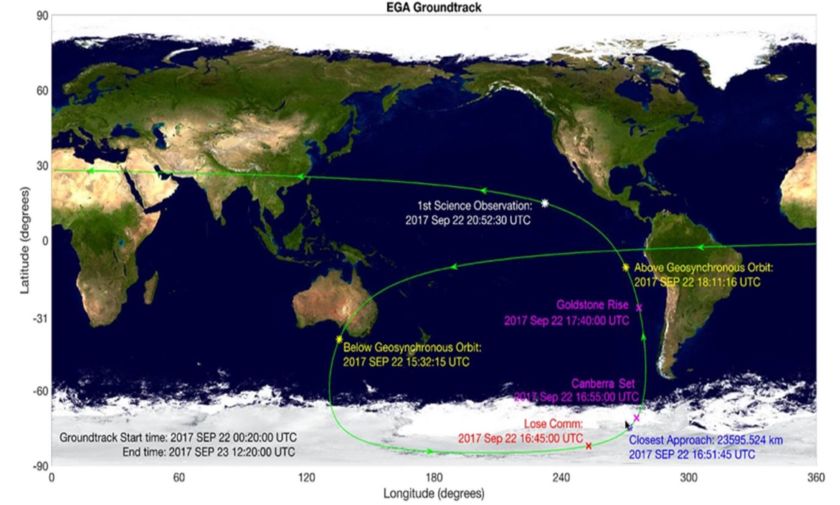 On board OSIRIS-REx as it flies by Earth are 440,000 names of people who wanted to symbolically join the mission. In partnership with the mission, The Planetary Society collected the names as part of its Messages from Earth program. The collection includes the names of everyone who was a Planetary Society member at the time. One copy of those names is stored aboard the spacecraft's sample return capsule, and will plunge back to Earth in 2023. Another copy, aboard the main spacecraft, will remain in space after the sample return capsule is dropped off. The Planetary Society also helped give the target asteroid for OSIRIS-REx, Bennu, its name by running a contest won by Michael Puzio, who was 9 years old at the time.

No rocket firings are planned for the flyby; the spacecraft will coast through it. Out of an abundance of caution, engineers turned off all of its instruments about a month ago. Assuming the flyby goes according to plan, the instruments will power up about 2 hours after the flyby. Beginning about 4 hours after closest approach, OSIRIS-REx will begin testing cameras and spectrometers on Earth and the Moon. All the cameras as well as two spectrometers will see use in four science observation windows spaced across the 10 days after the flyby; only the laser altimeter and X-ray spectrometer will not get used. In total, OSIRIS-REx will acquire nearly 1000 images.

Data transmission will not happen instantaneously. The data will arrive on the ground 24 to 48 hours after the close of each of the four science observation windows. There is not yet an automated pipeline for sending OSIRIS-REx data to the Web. Assuming everything goes well with the spacecraft through and after the flyby, you can expect to see the first photos on Tuesday, September 26; watch for NASA press releases and also check asteroidmission.org.

OSIRIS-REx instruments being used during the encounter: 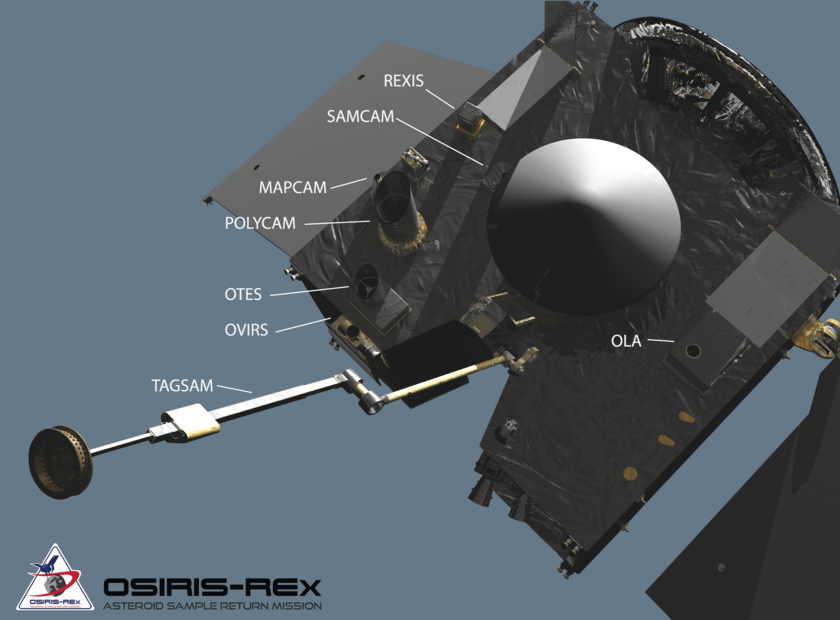 To keep track of the events of the flyby on September 22, follow OSIRIS-REx and Jason Davis on Twitter. (I will be traveling and may not be able to live tweet.) I'll be back next week with images from the flyby!

I'm curious - what would the risk have been in leaving instruments active before and during the flyby? Interference with satellites?

Given that our planet is constantly being observed by an armada of sophisticated satellites, it seems very unlikely that a brief flyby could meaningfully advance any scientific goals. One exception comes to mind though: the as-yet unresolved flyby anomaly. The wiki page devoted to the anomaly https://en.wikipedia.org/wiki/Flyby_anomaly hints without explanation that BeppiColombo's Earth flyby in 2020 may produce relevant data, but there is no mention of Osiris-Rex. Is there a chance that the Osirix-Rex flyby will produce new data - positive or negative - on the flyby anomaly despite the 1 hour loss of tracking near perigee?