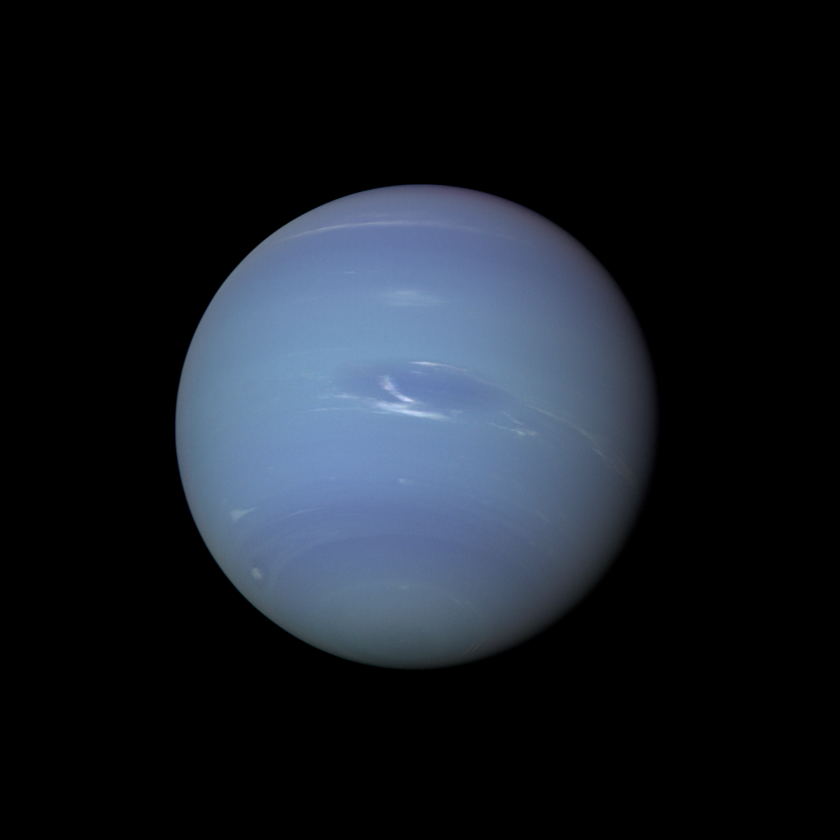 Next, a closeup on the Great Dark Spot. Unlike Jupiter's Great Red Spot, Neptune's Great Spot disappeared after the Voyager flyby. From Earth we have been able to see other spots come and go over the decades. 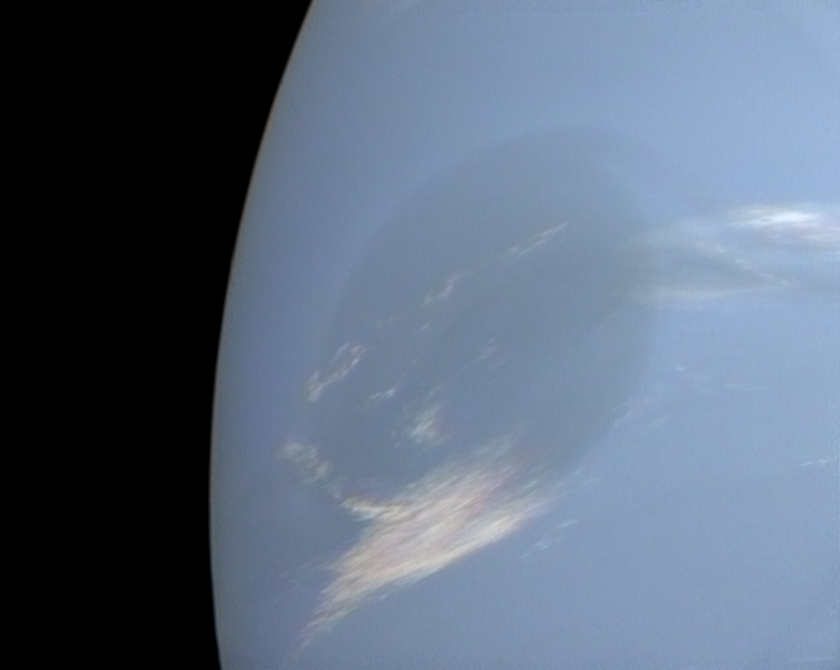 Neptune's Great Dark Spot rotating into view of Voyager 2 late on August 23, 1989. This image is a combination of two images taken through the spacecraft's green and clear filters to reduce noise. It has been colorized with three wide angle camera images taken through orange, green, and violet filters.

Finally, a departure view, with an appearance by Triton. 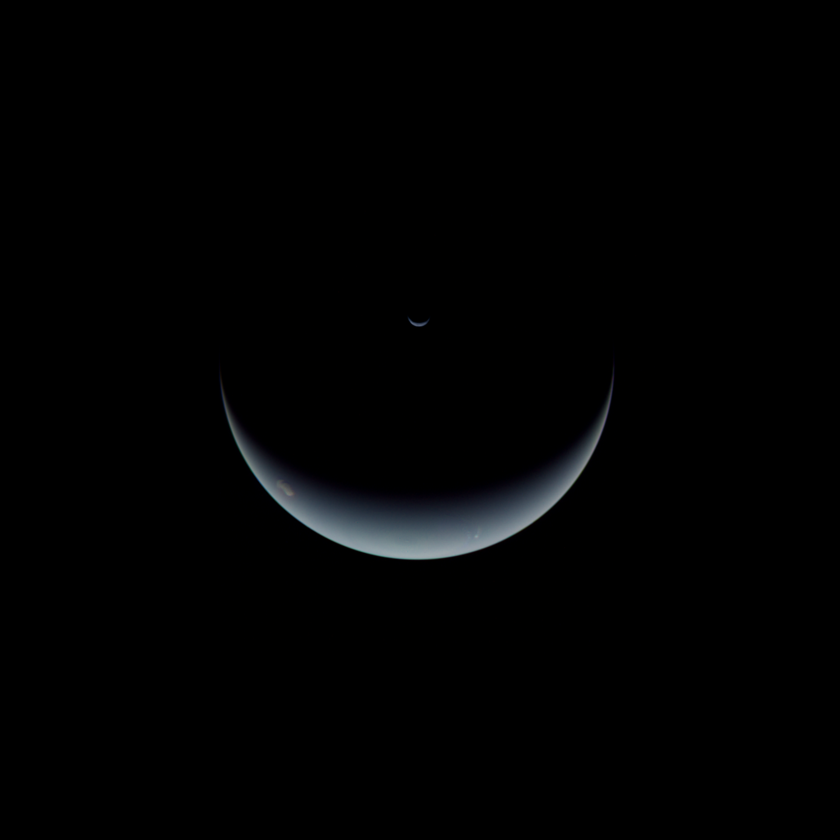 This OGV (orange, green, and violet filters) color image of Neptune and Triton was captured by Voyager 2 as it departed the Neptune system. This image was taken around 735 UT on August 31, 1989. The small amounts of chromatic aberration around the horns of the crescent Neptune are due to smearing of the images during the long exposures necessary to image Neptune in the low lighting of the outer Solar System.

Another amateur working with Voyager data is Brian Burns, who's trying to make automatically processed movies from the Voyager flybys and posting the results on his Youtube channel. Here's just one of them, featuring narrow-angle camera images from the Neptune encounter; at about 2:20 you can see Triton sneaking across the field of view as Voyager 2 departs.

Justin Cowart's remastered images are quite simply stunning. Those images are also a timely reminder that the Neptunian and Uranian systems are overdue for orbiter missions which will no doubt reveal discoveries new to science.

Looks to be Triton passing on the opposite side of Neptune around 2:45 in the video. Very cool.

Lovely! I love Neptune, it's my favorite planet (everyone should have one). The Mystic as Gustav Holst called it in his ghostly symphony a century ago, when there also were only 8 planets, a number going up and down like an elevator. It was a triumph for science and human intelligence that its location was correctly predicted before it was first observed. What kind of creatures are we to figure out such things? Neptune might be the most planet of all the planets. The typical exoplanet. And it is believed to have refurbished our Solar System quite a bit by moving around. Stealing a Pluto sized comet on the way, the moon seen orbiting Neptune at high inclination.