"Secrets of the Kuiper Belt" in Sky & Telescope

Woo hoo! I've got another cover story in the current (February 2014) issue of Sky & Telescope, in which I try to make sense of the Kuiper belt. This article was motivated by my observation that the discovery of many new things beyond Neptune had, through an ironic chain of events, resulted in our teaching children less about the solar system than we used to -- rather than add Eris and Haumea and Quaoar and Sedna and friends to kids' place mats and puzzles, most manufacturers simply removed Pluto. I wanted to teach people about the Kuiper belt, but first I had to teach myself about it.

I learned a lot while researching this article, with the help of conversations with Mike Brown, Pablo Santos-Sanz, and Alex Parker. I did the original research for it nearly two years ago now, when I wrote this post about the shapes of Kuiper belt orbits, and I want to thank Mike especially for a recent review to make sure it was still up-to-date, and Alex for helping me figure out the colors of the largest Kuiper belt objects. 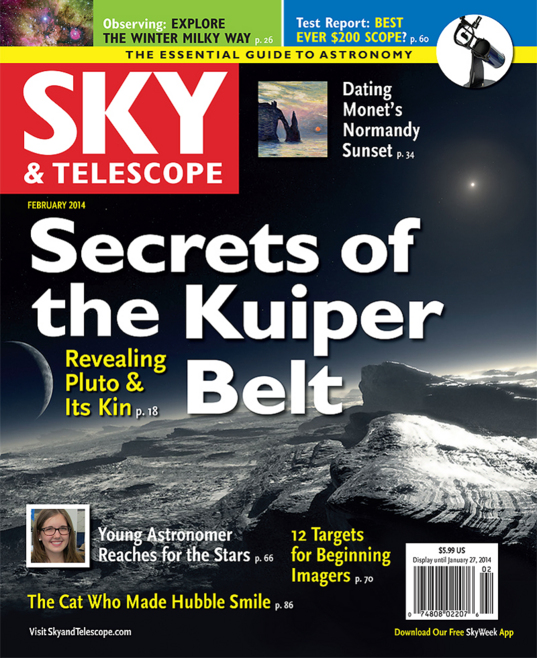 While I'm mentioning magazines, I want to congratulate amateur image processor Gordan Ugarkovic for his version of Cassini's top-down Saturn portrait making the cover of the January/February 2014 issue of Discover magazine. In the writeup about the cover image, photo editor Ernie Mastroianni wrote:

[Ugarkovic] posted the final stunning image to an online forum run by the non-profit Planetary Society, an organization that promotes space exploration. The photograph went viral after senior editor and planetary evangelist Emily Lakdawalla posted it on her blog and Twitter. At Discover, we were so impressed that we judged it our favorite science image of 2013 and placed it on our cover.

The amateur image processing community helps NASA, ESA, and other space agencies put their best foot forward -- thanks, Gordan, and the folks at unmannedspaceflight.com, for making that happen! 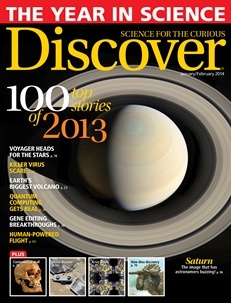 Discover: The Year in Science 2013

I've been waiting impatiently for this issue to show up in my mailbox since seeing your name on the cover -- and it just arrived today! Can't wait to read the article.

I just read the "Pluto and the Kuiper Belt" article in Sky and Telescope. I've heard names of some of the KBO's before, but I never saw diagrams and categorizations like this. Thanks for painting a picture that I can visualize!