Join Emily Lakdawalla and Casey Dreier on Thursday, January 3 for a chat with Jim Bell, a scientist who wears many hats. Among other things, he's the team lead for the Pancam color cameras on the Spirit and Opportunity rovers; he's a member of the Curiosity science team; and he's the esteemed President of the Planetary Society's Board of Directors. We'll talk about the great science being done by both Curiosity and Opportunity, and about what's in store for the future. I'll embed the video below when we go live at noon Pacific time (2000 UT), and you can come back here after the show's over to watch the replay. 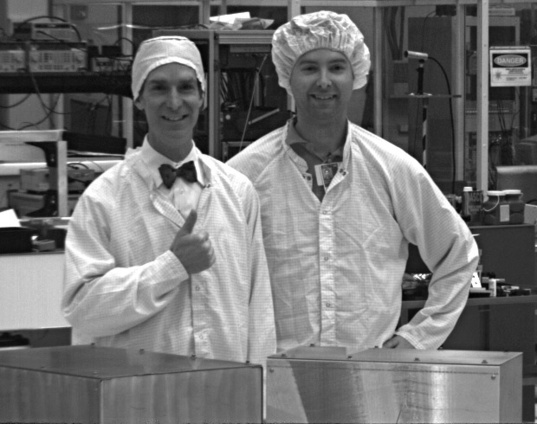 How do you rule out "Marsian honey"? That's in short my most burning question for the scheduled drills of MSL. In more detail: Did ChemChem find indications for hydrated salts that may melt or release liquid, if warmed? Can they be avoided? How many Kelvin heats the drill during drilling? Is early morning or late evening best-suited for drilling? Is there a way to remove crusts from pipes?

When do you project a base will be established on Mars for science human occupation and to be used for further deep space exploration? thank you, Larry R., Tampa

Very interesting, as always! Seems, the MSL Team doesn't yet evidently know, what minerals we see. Which of the two rovers will detect clay minerals first? Hopefully, the other scheduled missions for 2013 will become a success story, as well.