Last week I posted all the images that Galileo ever took of asteroid Ida and its surprise satellite Dactyl. This week, I'm giving you every image that Galileo took of Gaspra. Gaspra was Galileo's first asteroid encounter, and there were a lot of images commanded that were pointed at black space. This happened out of an abundance of caution -- they were hedging their bets against Gaspra being in a slightly different location than they predicted, so they imaged the spot where they predicted Gaspra to be as well as areas immediately adjacent to that spot. The result was that there was only one observation in which Gaspra loomed large enough to fill the camera's field of view, the canonical view of Gaspra; the rest of the images shot near Galileo's closest approach don't contain Gaspra at all.

So here's the complete catalog: 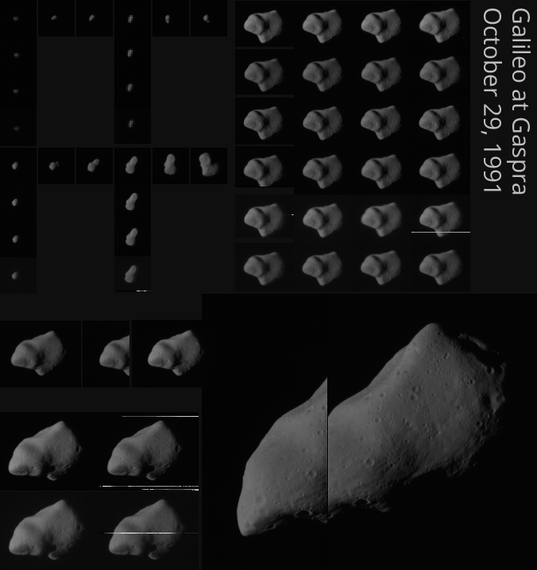 This is a complete catalog of all of the photos captured by Galileo that include any of asteroid 951 Gaspra during its encounter on October 29, 1991. Vertical stacks of images were captured close to each other in time through different-color filters. Horizontal lines crossing individual images are data gaps.

After finding so many cool pictures of Ida that I hadn't seen before, Gaspra was a bit disappointing, because there wasn't much here that was new to me. I had the most fun animating the approach images:

This animation consists of 55 images of Gaspra taken by Galileo during its approach to Gaspra on October 29, 1991.

And here's a couple of takes on color combinations, one of which I've posted before. 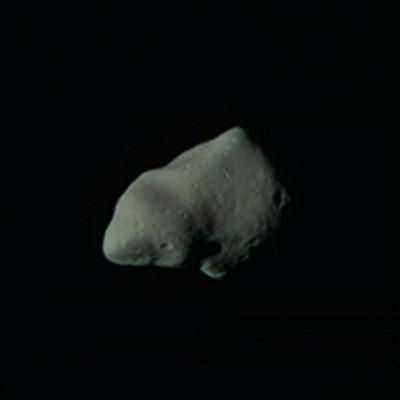 Galileo captured the images for this color view of Gaspra 33 minutes before its closest approach on October 29, 1991. These images were the first returned to Earth from the Gaspra encounter. Gaspra was about 16,000 kilometers from Galileo at the time. 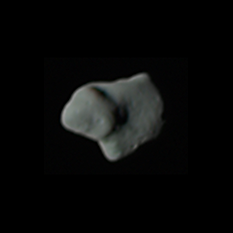 Galileo captured this view of Gaspra on October 29, 1991, from a distance of about 27,000 kilometers. The resolution of the image is about 270 meters per pixel. Images taken through red, green, and violet filters were combined to make this color view.

So there you have it. Gaspra!

Do you have a clue about the composition of Gaspra?

Gerard, a Google search on "Gaspra composition" yields a lot of results, so I suggest you try it! It's a rocky asteroid; beyond that, you get into detailed spectral information.