In memory of Susan Niebur

Planetary scientist Susan Niebur passed away on February 6, 2012, of inflammatory breast cancer. While I did not know Susan very well personally, I knew her professionally as a staunch supporter of and passionate organizer for young people, women, and families in planetary science. She organized community breakfasts and lunches at meetings like the Lunar and Planetary Science Conference, helping young women, students and postdocs, meet mentors who've managed to succeed in an overwhelmingly male profession. She successfully campaigned for LPSC and DPS and other conferences to offer services that lower the barriers to conference attendance faced by young researchers with young families -- things like a dedicated onsite lactation room for nursing mothers and onsite childcare or childcare grants. Through her Women in Planetary Science blog, she organized women planetary scientists to write about their different paths to success, most of which were not the straight-and-narrow Ph.D.-to-postdoc-to-assistant-professorship-to-tenured-researcher that is assumed to be the desired path for all graduate students. Despite the title of her blog, her focus was not only on women; it was also on families more generally, and on the special challenges faced by young researchers. So she also wrote about jobs, resources for researchers at less-privileged institutions, and professional networking. 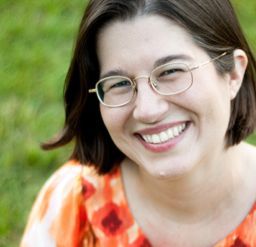 The family is requesting donations in Susan's memory to The Inflammatory Breast Cancer research organization.

Even when I first met her four years ago, she knew she had inflammatory breast cancer, and although her treatment was going well at the time, she was honest about the severity of the diagnosis. She was only a couple of years older than I am, and leaves behind, with their wonderful dad, two kids of similar age to mine -- this is not a woman who had lived out her life before succumbing to cancer. I am pretty sure that the last time I saw her in person was at LPSC in 2010, just after she'd been diagnosed with her first recurrence. She died only five years after her initial diagnosis, during treatment for her fourth recurrence. She was as ardent an advocate for public awareness of her disease -- and the inequity in distribution of research dollars for her variety of cancer -- as she was for women and families in planetary science. She kept these two spheres largely separate, writing frankly about her experience as mother with cancer at a different blog, Toddler Planet. (Her final entry in this blog is heartbreaking.) It's jarring to put Toddler Planet and Women in Planetary Science side-by-side and read what she was writing at one and the other at the same time. That someone who suffered so much could still exert effort in helping other people -- clearly, Susan felt that if her time on Earth was limited, she should effect as much positive change as she was given time for, but I can't imagine being capable of doing the same thing myself.

On her Toddler Planet profile page, she gives this as her mantra: "All that survives after our death are publications and people. So look carefully after the words you write, the thoughts and publications you create, and how you love others. For these are the only things that will remain." I think that we planetary scientists, especially young ones and families, owe Susan a great debt, and we could do no better to pay this back than by paying it forward, maintaining the strength of the community that Susan assembled, and carrying on her work to ensure that young women professionals have the opportunity to attempt to have both a family and a successful career. To that end, I'll mention that there is a Women in Planetary Science event planned for the evening of Wednesday, March 21, at LPSC, and Barbara Cohen promises that "we will find a way to honor Susan." As with all such events, men are as welcome as women to attend.

I'll close with a screen cap from yet another blog of sorts that Susan maintained, a Pinterest board of women in planetary science (which appears to have become so large that she recently started a second one). At the time of her death, Susan had identified approximately 437 people of that description. I don't want this board to go away, and am wondering if it would be appropriate for me to copy its content and keep it active on my own Pinterest account. I'd welcome input on that, and also updates and additions to it.