This is one of the strangest space images I've seen in a long time. This is a mosaic of four images taken with Opportunity's Microscopic Imager of an outcrop of rock facing the interior of Endeavour crater. 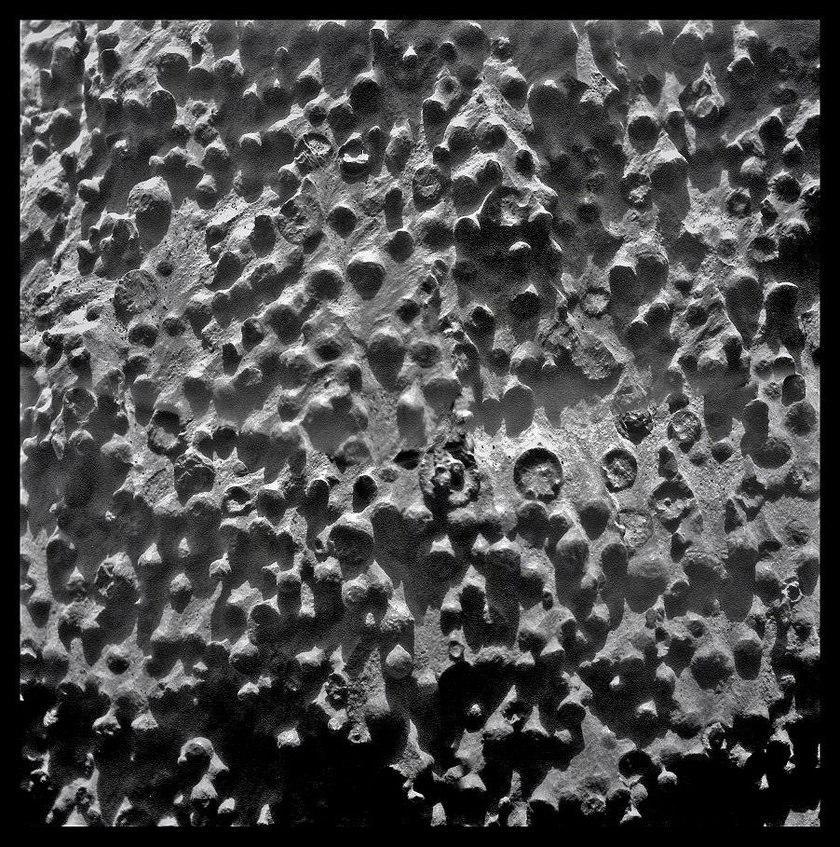 A mosaic of 4 images captured with Opportunity's Microscopic Imager on sol 3064 (6 September 2012) shows strange spherules embedded in a fine-grained matrix. At the time, Opportunity was on the inner rim of Endeavour crater at Cape York, exploring a fin-like outcrop.

Now, Opportunity has seen spherical things embedded in rock before: the ubiquitous blueberries of Meridiani planum. But Opportunity is now looking at rocks more ancient than (because they're found underneath) the blueberry-bearing ones. Furthermore, these don't look like the blueberries. They're more resistant to erosion than blueberries, but they also have a tendency to crack in half, which blueberries generally don't. And the cracked-open ones seem to have rinds with different properties from their interiors. And there's so many of them, packed so closely together. What could they be?

I'm looking forward to finding out what the science team thinks!

In the meantime, I've been sadly remiss in featuring Stuart Atkinson's Road to Endeavour blog posts here. I will need to concatenate a few together to build a story about what Opportunity's been doing lately!

Any idea how big these spherules are?

No layering so no impact spherules, I take it. Among structured spherules here on Earth are moqui marbles. [ http://en.wikipedia.org/wiki/Concretion#Moqui_Marbles ] Those are now claimed to be formed "with the help of microorganisms". [ http://newsroom.unl.edu/releases/2012/08/15/UNL+discovery+has+implications+for+finding+life+on+Earth,+Mars ] Ouch!? Any inorganic processes that makes structured concretions?

The spherules could be saltation particles. There appears to be something similar in a Mastcam raw image lying about a "sculpted" rock. Another interesting process that forms spheres is that which produces Yukimarimo in Antarctica.