A pair of lunar spacecraft is launching in two weeks, and NASA had their preview press briefing this morning. Notable from that briefing was this spiffy video. There is something especially cool about a pair of identical spacecraft being launched at the same time, one following the other's actions in robotic precision. I think it's because it's easy to generalize this and imagine someday a fleet of tiny craft launched on the same rocket, perhaps to sound the winds of another planet or even to land on Venus, the Moon, Mars, or Mercury -- or, honestly, any other solid body in the solar system -- to establish a seismic network. This pair will provide the best measurement yet of the lunar gravity field, the best method available from orbit to understand the interior of a planet.

For everything you might want to know about the launch and mission, read the GRAIL Launch Press Kit (PDF, 2MB). 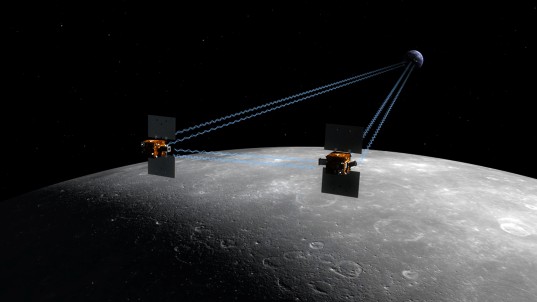