Here's a very pretty picture to start off the week: a really gorgeous fresh crater on the lunar farside. There's nothing particularly unusual about this crater; it's just recent and fresh so there's a mesmerizing amount of detail in the feathery patterns of the ejecta that fans outward from it. This crater was turned up by a citizen scientist participating in the MoonZoo project, in which users are asked to trawl through the vast Lunar Reconnaissance Orbiter image data set to mark and classify small craters and other interesting features. Lunar Reconnaissance Orbiter should map nearly all of the Moon at a scale so much finer than any previous mission has managed, so it's revealing lovely features that were previously invsible, and turning up new detail in unappreciated spots, like this one. 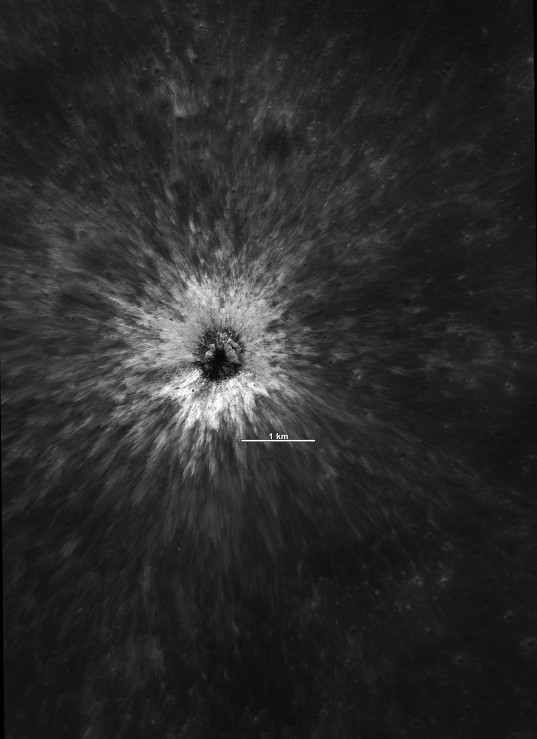 Fresh crater on the lunar farside

A small, fresh crater on the lunar farside. It was found in a MoonZoo survey by user JFincannon. Coordinates = Latitude: 34.2 Longitude: 228.25 between farside craters Charlier and Kovalevskaya.

MoonZoo announced today that 2 million images have now been surveyed by MoonZoo participants, covering more than 120 thousand square kilometers. While these may sound like large numbers, it represents only 0.3 percent of the surface of the Moon! There's still lots of territory left for you to go there and discover gorgeous and unusual features not before appreciated by human eyes. Why not start today?