Deep Impact is rapidly approaching its next -- and final -- target, comet Hartley 2, which it will fly by on November 4. On September 5, it began shooting photos of the comet, and the first of these images was just released. From a distance of 60 million kilometers, the photo clearly shows Hartley 2 as being cometary, a fuzzy dot in the center of the photo. This is the first of more than 60,000 images it's expected to take over the next two months. 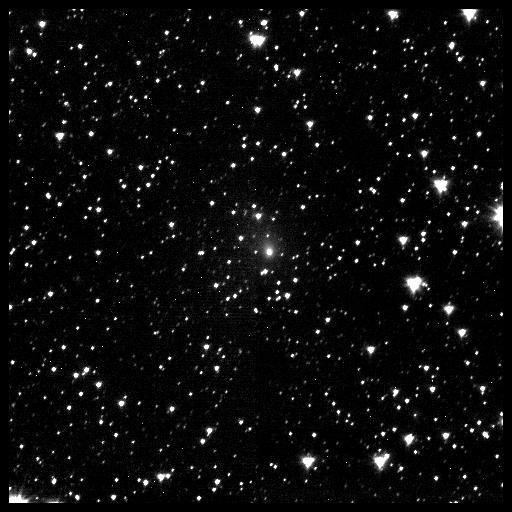 Deep Impact captured this photo of comet Hartley 2 at the beginning of its flyby campaign on September 5, 2010, from a distance of 60 million kilometers.

Of course, spacecraft cameras generally don't have the resolving power that Earth-based cameras do; space cameras eventually take better pictures of targets because they get much closer to them. At first, Deep Impact's photos are not going to be as good as what we can get from Earth. Here, for example, is a photo recently taken by Gianluca Masi (one of many former Planetary Society Shoemaker NEO grant winners). This and many other Earth-based photos of Hartley 2 are being collected on Deep Impact's EPOXI mission Facebook fan page, as well as on the UMD Amateur Observing Program website. 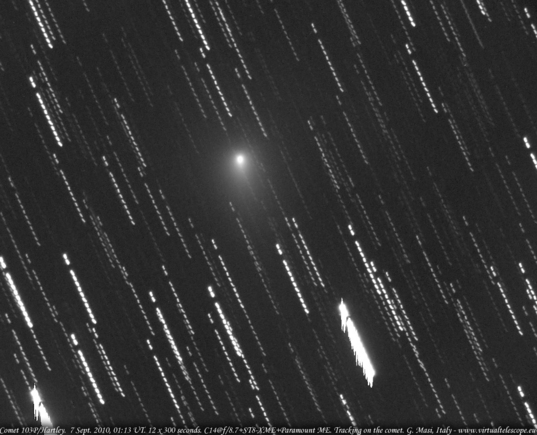 Astronomer Gianluca Masi of The Virtual Telescope project captured this image of Comet Hartley 2 on September 7, 2010.