Or: Emily reads you the table of contents of Icarus. No, not IKAROS. Icarus is the name of one of the main professional journals in which planetary scientists seek to get their work published. Until recently, I had to ask scientists for their Icarus articles one at a time, and while most of them were happy to send me digital copies for me to read and write about, it meant I didn't read very many Icarus articles. The problem is that it costs four thousand dollars a year for institutions to get a subscription to Icarus, and whenever I contacted the publisher (Elsevier) directly to ask if they couldn't cut a deal for poor little old me, they refused.

Then I stumbled across an item on the Division of Planetary Sciences website about the DPS negotiating for its members to get subscriptions for only a hundred bucks a year. While that's more expensive than your average newsstand magazine, I can handle a hundred bucks a year! It took a few weeks, but I finally won my prize of a subscription to what may be the heaviest journal I have ever received. They use very high-quality paper in order to reproduce nice-looking figures; the most recent issue weighed in at 1340 grams (that's three pounds, for you Americans!)

Was it worth the effort? Yes. Reading just the tables of contents of the last few issues, I am struck by how many of the articles I wish I had time to read. That's the sad thing -- with just one monthly issue comprising 500-plus pages of densely written academese, there's no way I can possibly read it all. But that's what tables of contents are for; in addition, academic papers always begin with an "abstract," a summary of the contents of the article that gives you the high points in a few hundred words.

What does one months' worth of Icarus contain? Here's the highlights (what I think are the highlights, anyway) of the May 2010 issue. I read at least the abstract of each one, and, if it was a paper of particular interest to me, I also read the conclusions section, and maybe some of the figure captions. But I couldn't possibly read all the text. A couple of these stories may have been turned into press releases by the home institutions of the scientist authors, which gives them a good chance of being picked up by space bloggers and newswriters. But for the most part, these papers were published without any fanfare beyond the world of academia.

The amount of sodium escaping from Mercury varies a lot, with variations in radiation pressure from the Sun.

This one follows up on in situ observations of different oxygen-bearing molecules in Venus' atmosphere by the Venera and Venus Express missions with Earth-based observations. 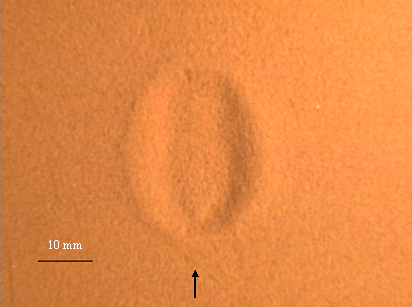 To simulate the SMART-1 impact, experts at the University of Kent shot a 2-millimitre aluminium sphere (simulating the spacecraft) at the high-speed of 2 kilometres per second using a two-stage light gas gun, at an incidence angle of 2 degrees. The target was a tray of sand, similar to lunar soil.

Now this was really interesting -- it may well be the peer-reviewed paper of record about what happened when SMART-1 crashed into the Moon, but the problem is they couldn't find the crater; it was just too small. So the paper goes into lots of detail on theoretical models of what the crater should look like.

If I understand this one correctly, there are peculiarities of sulfur isotopes in really old rocks that are usually interpreted to have to do with changes in Earth's atmosphere, but the author argues that instead it has to do with large asteroid impacts.

This is about mathematical models of how asteroids break apart when they are struck by another asteroid big enough to smash them to smithereens, looking specifically at how events unfold differently depending on whether the smashed-up asteroid was highly porous or not. It's easier to model the "not" case, but I think that evidence suggests that most asteroid-sized bodies in the solar system (and potato-shaped moons, too) are, in fact, very porous, full of open voids, so it's important to try the hard work of modeling such animals.

OK, this one is pretty cool; they demonstrate (mathematically) that a really big impactor hitting Mars could cause Mars to start generating a magnetic field. It has to do with how the hot iron core of the impactor would quickly wind up in the core of Mars, where it would be much hotter than the surroundings, and big temperature gradients make things churn and convect, which can set up the dynamo that causes a magnetic field that can last for tens of millions of years.

It's probably no surprise that the biggest mountain in the solar system, which sticks up above most of Mars' atmosphere makes its own weather; this paper describes what that weather is. There's a ring or annulus of unusually warm temperatures surrounding it during certain times of the year; glancing at the figures, I'm struck by how there seems to be anomalously cool temperatures near the peak most of the time.

This one's kind of important to landing site selection for the Curiosity rover because of the weight being placed on the likelihood of preservation of possible past Mars life signs. The paper has to do with what Mars-like conditions would do to the preservation of organic materials. In the conclusions is this worrying statement: "Current mission strategies of 'follow the water' may prove to be counterproductive to the search for an extinct martian ecosystem due to these rapid oxidation processes; biomarker or chiral life-detection strategies for Mars must work to identify environments that have experienced little aqueous diagenetic alteration." Huh. That's a problem.

A photohabitable zone in the martian snowpack? A laboratory and radiative-transfer study of dusty water