Congratulations to the WISE team on a beautiful "First Light" photo!

Congratulations are due to the Wide-field Infrared Survey Explorer (WISE) team on their lovely "First Light" image, unveiled at the 215th American Astronomical Society meeting today. Here it is: 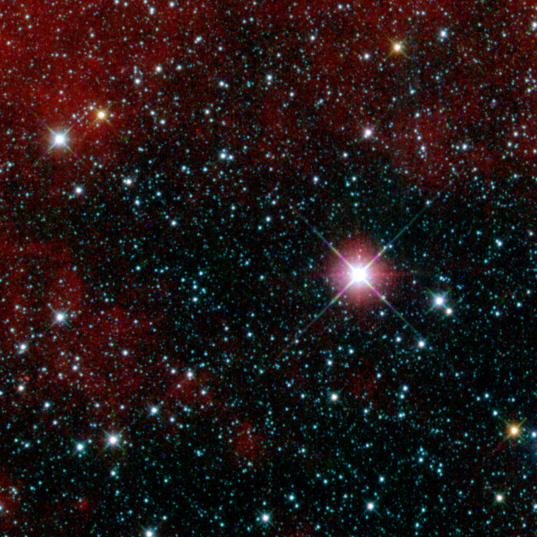 This infrared snapshot of a region in the constellation Carina near the Milky Way was taken shortly after NASA's Wide-field Infrared Survey Explorer (WISE) ejected its cover. The "first light" picture shows thousands of stars and covers an area three times the size of the moon. WISE will take more than a million similar pictures covering the whole sky. This eight-second exposure shows infrared light from three of WISE's four wavelength bands: Blue, green and red correspond to 3.4, 4.6, and 12 microns, respectively.

WISE is scheduled to launch from Vandenberg Air Force Base on December 7 of this year. It is an astronomy mission that will perform a survey of the entire sky in four infrared wavelengths. It's similar to past all-sky survey missions like COBE (the Cosmic Background Explorer, whose DIRBE instrument imaged the whole sky in near-infrared wavelengths) and IRAS (the Infrared Astronomical Satellite, which imaged the whole sky in mid-infrared wavelengths). However, WISE has hundreds of times the sensitivity of IRAS, and a whopping 500,000 ties the sensitivity of COBE DIRBE. 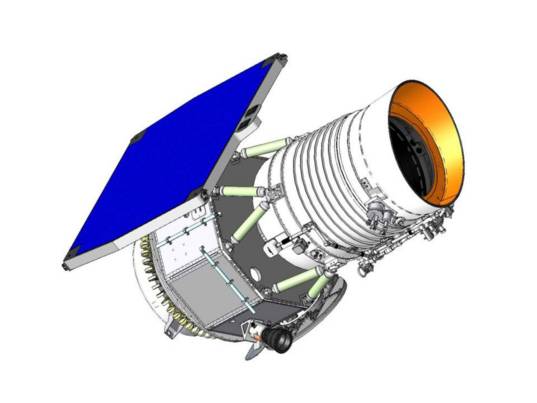 A survey telescope like WISE, placed in the right orbit, could help discover numerous possible targets for human exploration.

Which is cool but I tend to focus mostly on solar system topics, not more distant astronomical phenomena; so as I began to research WISE before my meeting my main question was, what's in it for me? The answer is: quite a lot, and the more I learned about WISE the more excited I got about the mission.

I asked if there were any other neat things WISE can do within the solar system, and Wright told me that WISE should see comet trails -- thermal radiation from the cold dust left behind in the orbits of comets, the same stuff that's responsible for annual meteor showers like the Perseids and Leonids. Even IRAS saw this, so the more-sensitive WISE should see a lot of them. It may see trails along orbits of dead comets -- things that look like asteroids because they've had too many trips close to the Sun, turning things that we once called comets into asteroids.