Heads up! ESA's Rosetta comet-chasing mission is going to buzz by Earth again in less than a month. In anticipation of that event, Daniel Scuka has fired up the Rosetta blog again and has provided some information about the upcoming flyby:

The ESA Flight Dynamics team have predicted Rosetta's altitude at the point of closest approach (perigee height) on 13 November to be 2481 km, slightly higher than her first swing-by in March 2005 (1954 km) and lower than her second swing-by on 13 November 2007 (5295 km). We'll update this figure as we get closer to the swing-by date itself...

The geographical point of closest approach (the point on the Earth's surface over which she'll make closest approach) is 109°E and 8°S - just off the coast of the Indonesian island of Java.Rosetta got some really spectacular views of Earth last time it came by, two years ago to the day from the next flyby. I don't know what the instrument team's plans are for this flyby; I'll keep watching Daniel's blog for news. 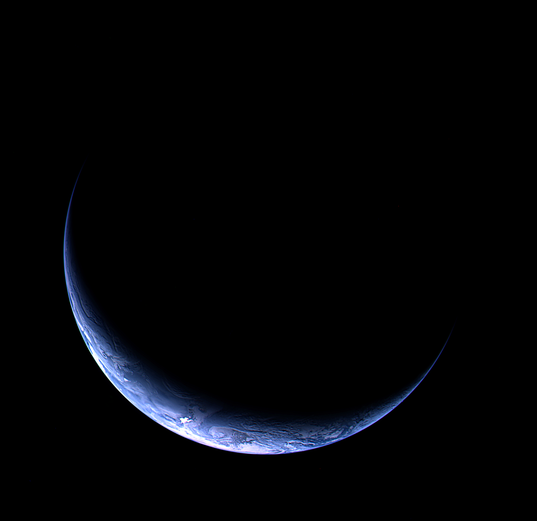 Rosetta viewed Earth in a thin crescent phase as it approached for its November 13, 2009 flyby. This image is one in a series taken to make an animation of the rotating Earth over a 24-hour period.