The Deep Impactor is safely on its way!

I woke this morning to find a press release in my Inbox that said: "One hundred and seventy-one days into its 172-day journey to comet Tempel 1, NASA's Deep Impact spacecraft successfully released its impactor at 11:07 p.m. Saturday, Pacific Daylight Time," or 06:07 UTC. This is one of those kinds of mission events that should happen with little or no fanfare. They should be routine by now. But, as we were shown a couple of weeks ago, you can't take routine things like pyros firing on spacecraft -- or Russian ICBM launches -- for granted. Lucky for the Deep Impact team, the separation apparently went smoothly and right on time. 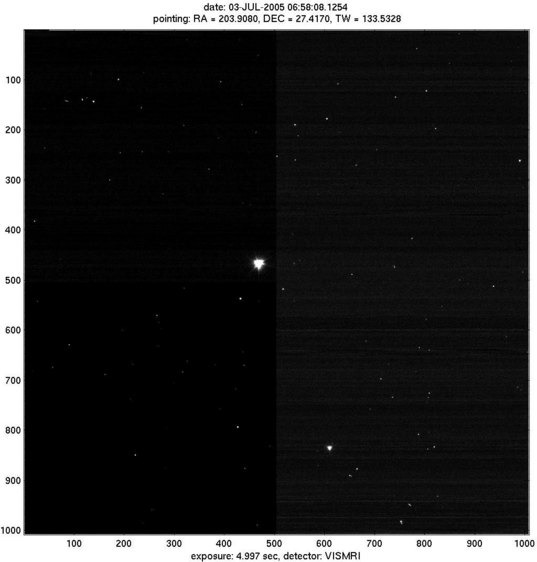 The Deep Impact Impactor spacecraft, an hour after separation

The bright spot in this photo is the Deep Impact impactor, as seen by the Medium Resolution Imager on the flyby spacecraft. It was taken at 06:58 UTC, spacecraft event time, which is just short of an hour after the two spacecraft separated.

The impactor has already returned some images to Earth. Here's the first one I came across: 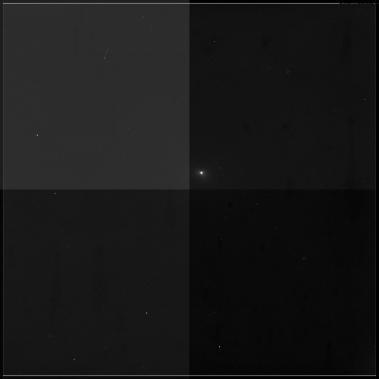 I think it's safe to assume that the blob in the upper right quadrant is the comet. I am not sure why the image has four quadrants; several of the images appear to look like that. I'll try to get an explanation when I go to JPL later this morning.