This is a quick, belated update from me about the partially Planetary Society sponsored Alpha Centauri planet search, mostly to let you know it started using its newly upgraded system (discussed below) in May. Planetary Society members provided support to rent telescope observing nights for Debra Fischer from Yale and her group to continue to observe the Alpha Centauri system, now with an improved guiding system. Fischer and her colleagues also are employing a FINDS (Fiber Optic Next generation Doppler Search for) Exo Earths system developed because of support provided from Planetary Society members.

Alpha Centauri, the closest system of stars to the Earth, consists of two Sun like stars (Alpha Cen A and B), as well as the much smaller Proxima Centauri far from the other two. Here is an update from Debra Fischer about the main upgrade to the system and the initiation of observations using the new system.

We designed, constructed and installed (in April) a critical tip/tilt guiding system at the 1.5-m telescope [at the Cerro Tololo Inter-American Observatory in Chile] where the CHIRON spectrometer is located. This system was needed because the two stars (Alpha Cen A and B) are only about 6 arcseconds apart now and the guiding that we had with the aging telescope control system on the 1.5-m was not fast enough. For single stars, this just meant that we lost light during brief intervals when the star was not centered on the input fiber, but for Alpha Cen, poor guiding introduced contamination from the companion star.

Tonight, May 5th, we begin an intense survey of Alpha Cen A and B. The telescope time that we are using this month was purchased with generous donations from the members of the Planetary Society. Thanks so much to everyone! 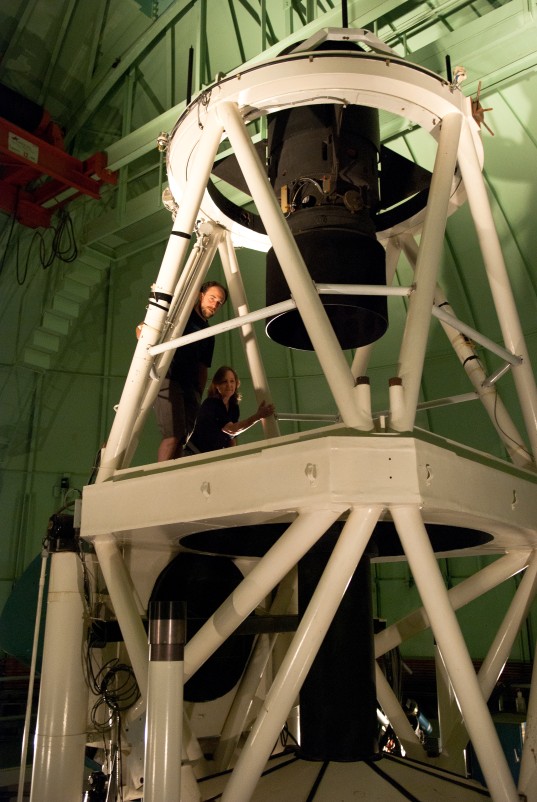 Want a primer on exoplanets and exoplanet hunting? You can watch my class below from my Spring 2013 Introduction to Planetary Science and Astronomy college course at California State University Dominguez Hills.

Hi Debra Fischer and Bruce Betts; I just heard the results of new study released March 25, 2015 by a team led by Bruce-Olivier Demory regarding the proposed Alpha Centauri B planet. They said based on 2013 and 2014 planet they couldn't find it up to 96% certainty. However they said they had one interesting data point of a longer period planet around Alpha Centauri B. Have you heard about this study and what do you think of it? When will Alpha Centauri components be far enough away for you to resume hunting for planets? Will you be looking particularly for a planet in the region mentioned by this other team and what do you think are the prospects of finding something there? I don't know exactly how far out this other planet might be but you might want to contact them if they have any further information.