When I first agreed to take on the role of a correspondent for LightSail and some of The Planetary Society’s other projects, I was excited and honored—but also a little apprehensive. I spent the past two years being trained as a journalist by professors with credentials ranging from The New York Times to National Geographic. My coursework included all the emphasis you’d expect on topics like sourcing and ethics. When I realized I would be reporting on activities financially sponsored by my employer, I began thinking about how to address potential conflicts of interest.

In other words, what do I say when things go wrong? Happily, I have been encouraged from the outset to be transparent. In fact, bringing members of The Planetary Society the truth about projects they help fund is one of the main reasons I was brought on board. There's also a wider benefit to a "warts-and-all" approach; outside groups like NASA can learn from our efforts and apply the the lessons learned to their own projects.

Things break. Problems arise. This is why we test.

In my first blog post I mentioned LightSail was scheduled to undergo a flight system test today at Cal Poly San Luis Obispo. The test has been delayed because of problems that cropped up during a test deployment of the spacecraft’s boom system. The LightSail team is still diagnosing the situation, and project manager Doug Stetson estimates it will be at least two weeks before the test will be attempted again.

In order to properly explain what happened, I need to delve into some LightSail basics. More information on this—including photos and videos—will be coming in future posts, but in the interest of providing a timely update, I’ll pull together what I currently have.

LightSail is a CubeSat—a small satellite that hitches a ride on a rocket carrying a larger payload. A recent example is SpaceX's trip to the International Space Station in April. In addition to sending a Dragon capsule full of supplies to the ISS, the Falcon 9 rocket deployed five NASA CubeSats. The ISS itself can launch CubeSats; even the space shuttle launched them.

CubeSats allow universities and research institutions to build and launch fully functional satellites on the cheap. Many CubeSats are used to test emerging technologies and serve as proof-of-concept trials for future, larger-scale missions.

CubeSats must conform to a standard size called a unit. One unit measures 10 centimeters on each side, giving it a volume of 1 liter. Units can be combined to create larger CubeSats. LightSail is a 3-unit CubeSat with a 10-by-10 base and a height of 30 centimeters. 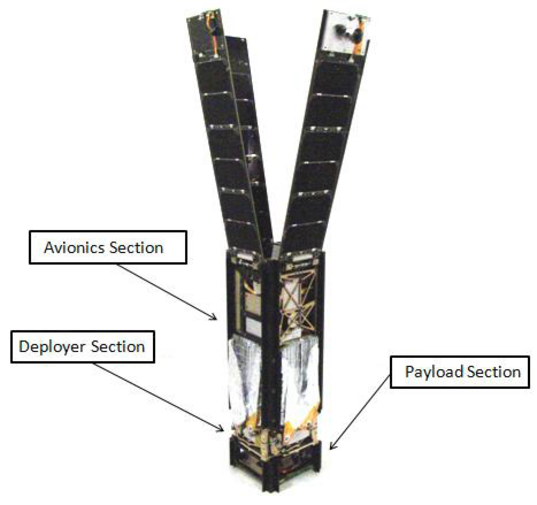 Once LightSail is safely in space, a motor in the payload section unwinds four TRAC (Triangular Rollable and Collapsible) booms from the deployer section. Here’s a diagram of a TRAC from the U.S. Patent Office: 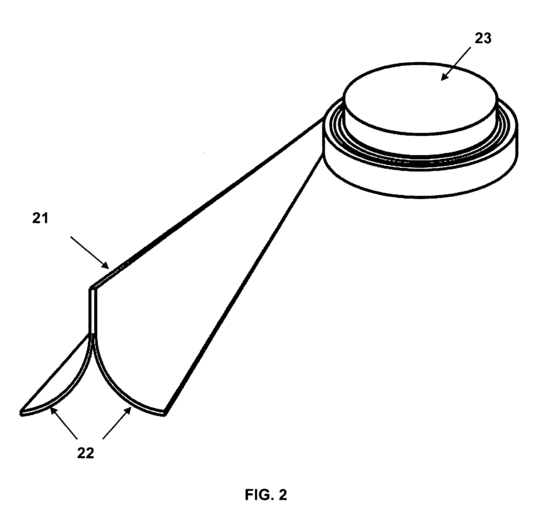 The four booms are 4 meters in length and deploy in the shape of an X. There are four triangular-shaped solar sails that stretch between the booms. Each sail attaches to a boom on two corners through a metal grommet. As the booms unwind from the deployer section, the sails gently unfurl from the avionics section. The deployment process is quick; less than two minutes.

Prior to Wednesday's scheduled test, the LightSail team conducted a "boom-only" test in which the spacecraft's TRAC booms were deployed without the sails attached. During sail deployment, the spacecraft communicates with the ground every few seconds to report on how things are going.

First, the team noticed a slight pause in the deployment motor every time the spacecraft sent out a packet of data. It's possible that LightSail's processor is maxing out as it attempts to multitask, similar to how your computer gets sluggish when you have too many programs running.

Then, the team detected some power anomalies when they attempted to retract the TRAC booms. The deployment motor is designed to work in reverse in case it encounters too much friction during boom deployment. If the sail gets stuck, the booms can retract slightly before moving forward again. A power surge could spell danger for the spacecraft's guts, so the team had to consider their next move carefully before proceeding.

All of this means the flight system test had to be called off until the boom deployment problems are solved. It's possible that LightSail will need to be reprogrammed to communicate less frequently during sail deployment. Or, the glitches could be related to the new flight software, which was just recently installed. In any case, the LightSail team is continuing to work on the problem. In the meantime, I’ll stay tuned and continue to report on the little spacecraft’s progress.