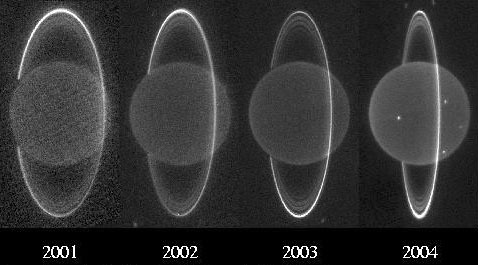 From 2001 to 2004, Uranus's motion around the Sun has changed its orientation as seen from Earth in these images taken through Keck II's K prime filter. The four images show how the Adaptive Optics system has improved over time.

Original image data dated on or about April 1, 2004 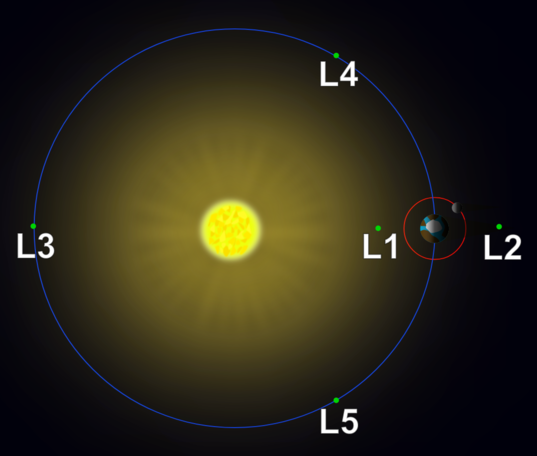 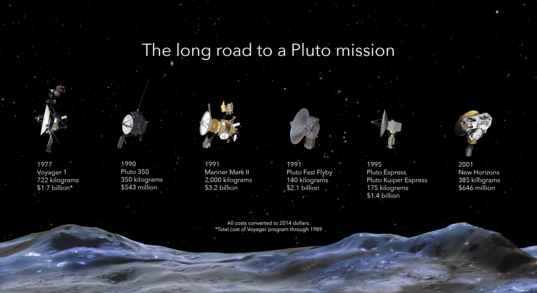 The long road to a Pluto mission 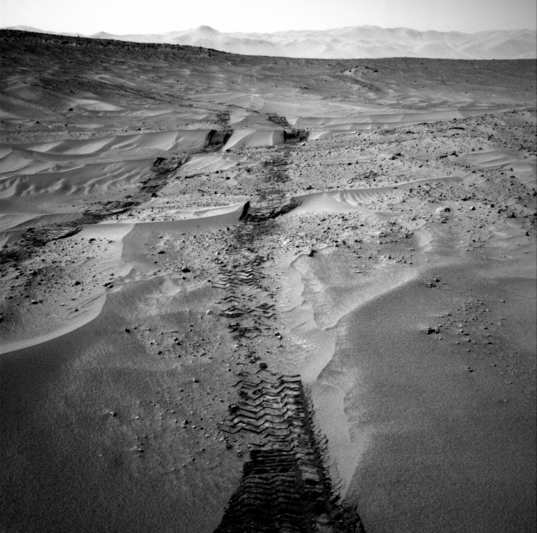 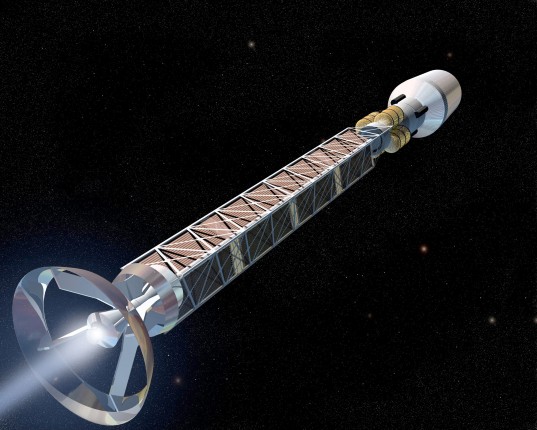