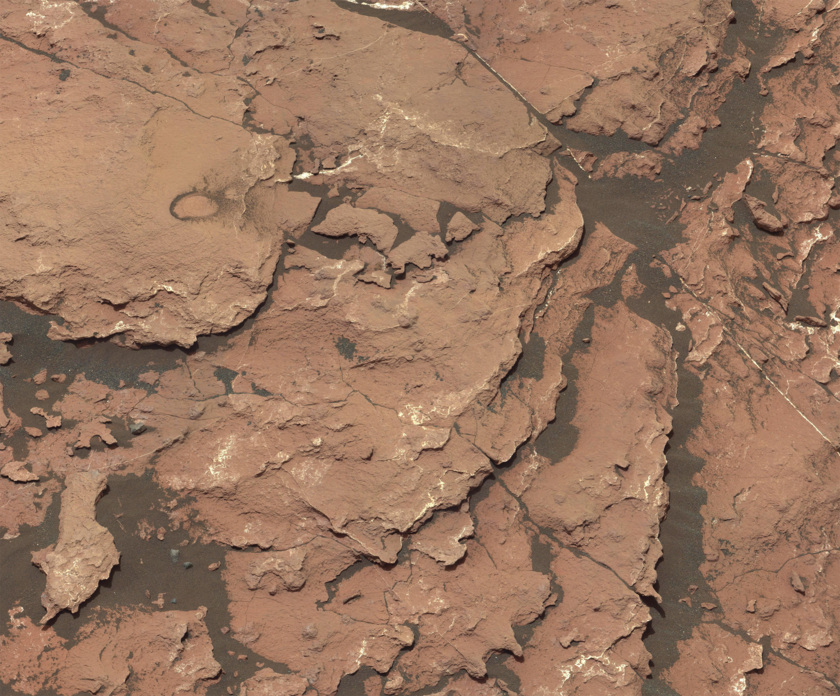 A 3-by-4-image mosaic of a typical outcrop of the Murray formation south of the Murray buttes, as seen by Curiosity's right Mastcam on sol 1512 (November 6, 2016). Thin sheets of dark sand cover some of the outcrop in this area. The rock varies in color, yellower in some areas and redder in others, with tracery of calcium sulfate veins cutting through. The veins have a variety of expressions, some appearing straight and others curved. Likely the veins are all flat and more or less planar; the curved appearance happens when nearly-flat layers are eroded at a very low angle. A circle of sand at upper left is the "noseprint" of Curiosity's APXS; left on the outcrop overnight, it acted as a wind barrier, and the wind dropped a load of sand around it.

Original image data dated on or about November 6, 2016 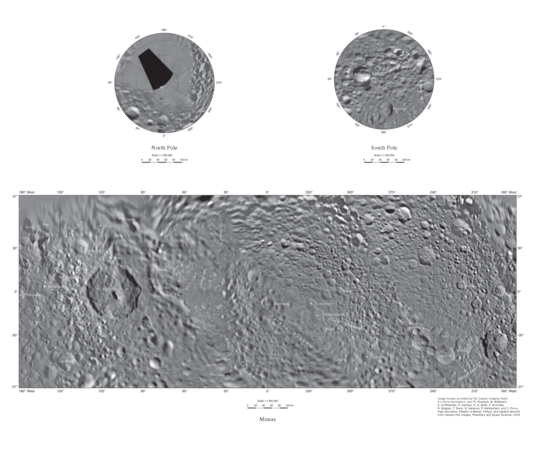 Map of Mimas with place names 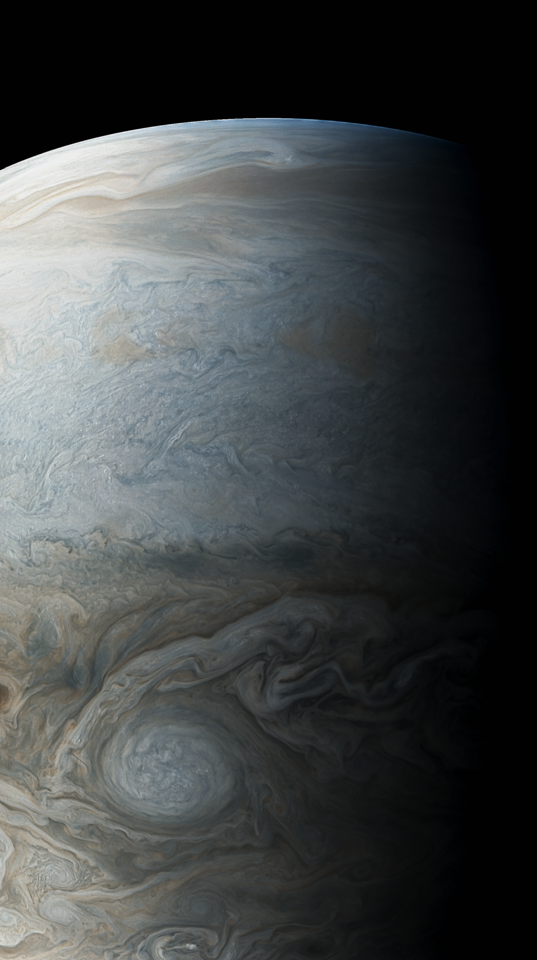 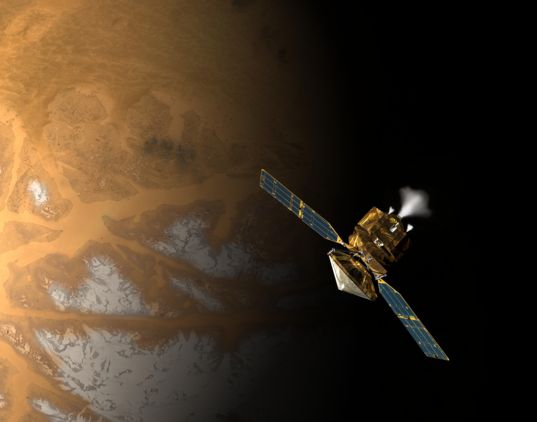 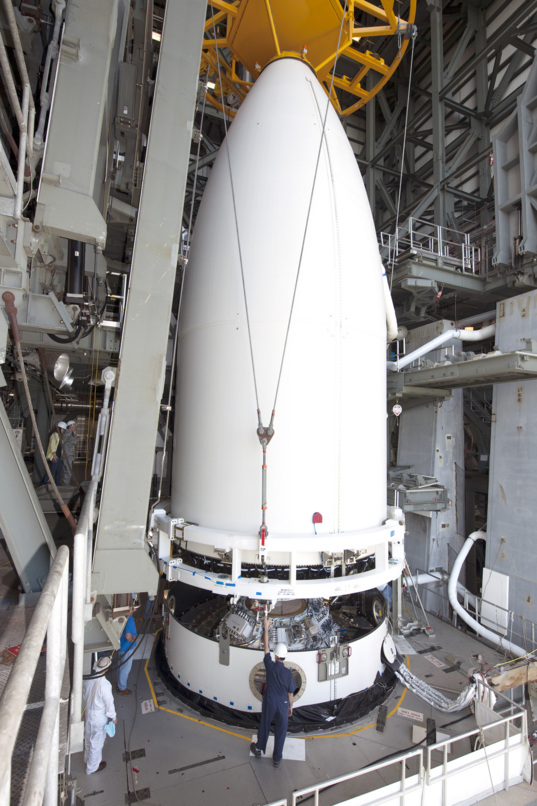