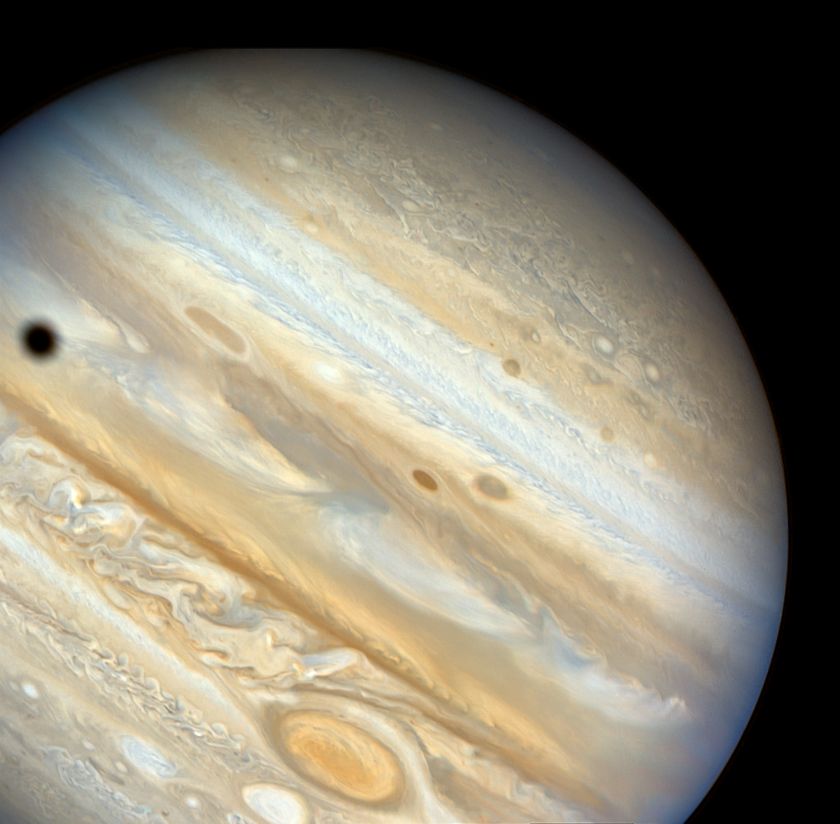 This was one of the last wide-angle views of Jupiter that Voyager 2 snapped before the planet became too big to be photographed in a single frame. Although Jupiter would have fit in one view, the Voyager scan platform did not always achieve perfect pointing, so in this composite Jupiter is truncated where it fell off the edge of the detector. The fuzzy dark spot is the shadow of Jupiter's outermost large moon, Callisto. Voyager 2 took the photos for this composite through orange, green, and violet filters on 8 July 1979 from a distance of 2.17 million kilometers.
Download a full-resolution PNG version here.

Original image data dated on or about July 8, 1979 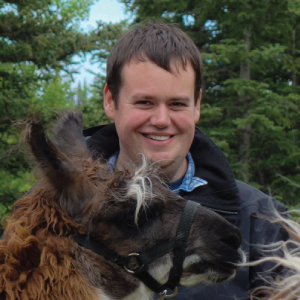 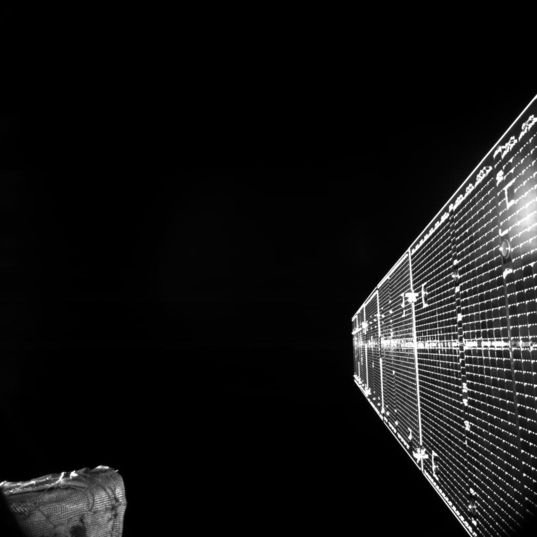 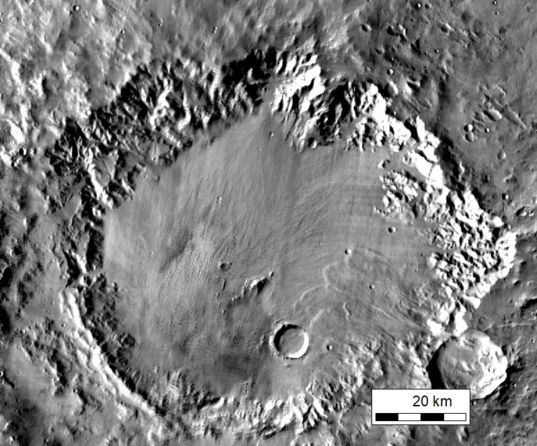 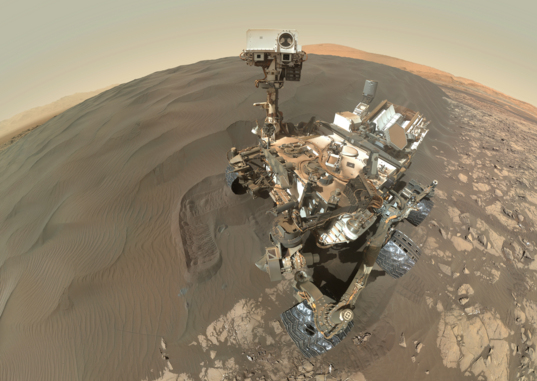 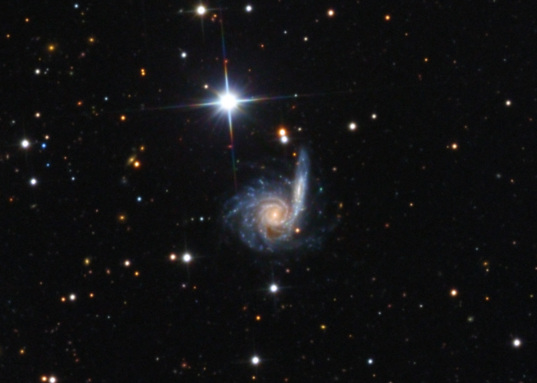 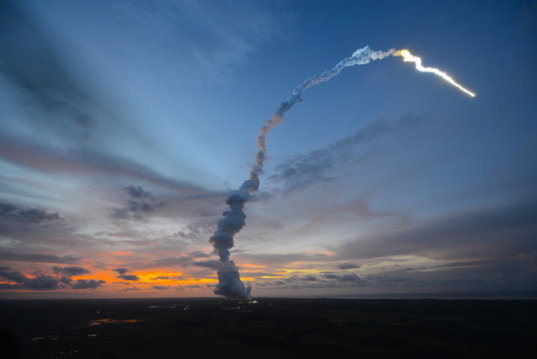