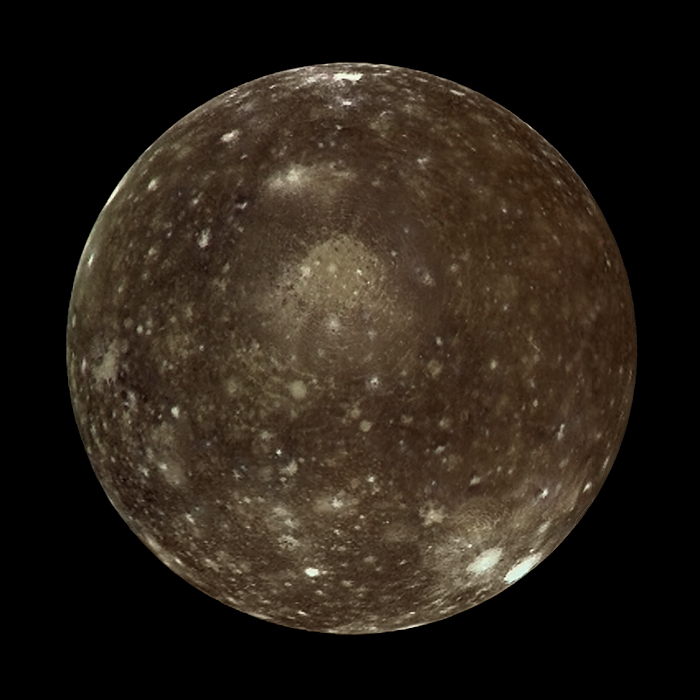 Galileo captured this global view of Callisto on its 11th orbit of Jupiter, on November 5, 1997.

The filters used for this image cover a broader range of the spectrum than human eyes can see.  Galileo was 687,000 kilometers from Callisto when it took this image, at a phase angle of just 1 degree.  Image scale is 6.9 kilometers per pixel. The image was reconstructed from the original data by Ted Stryk.  About 10% of the right side of the disk was marred by data dropouts; Stryk reconstructed missing data from images taken through other filters.

Original image data dated on or about November 5, 1997 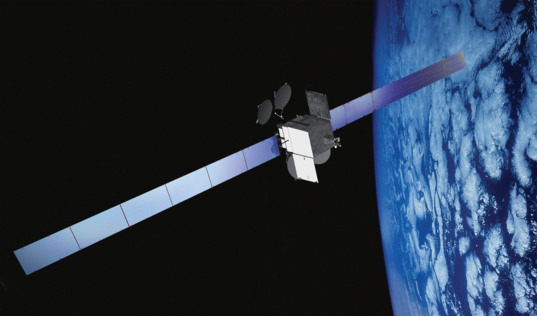 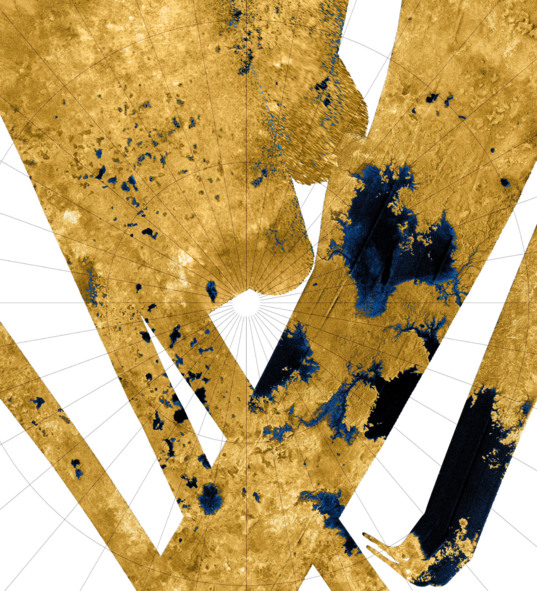 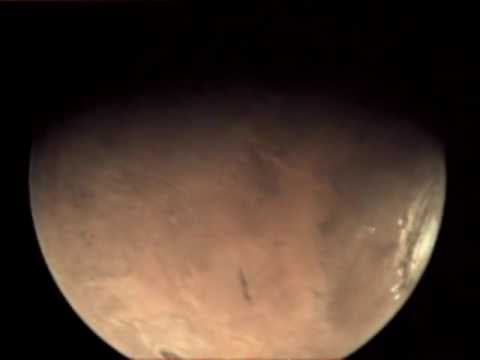 A Spin Around Mars 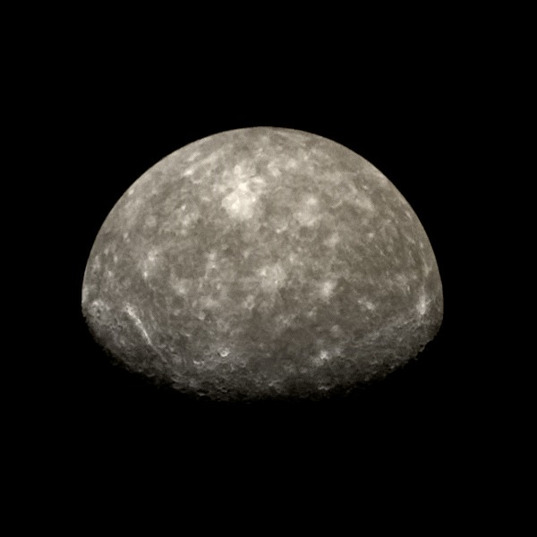 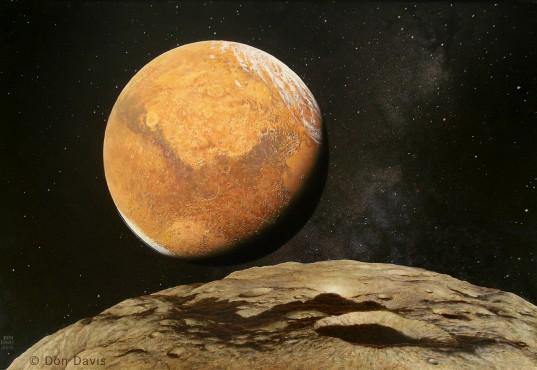 Mars as seen from Deimos (painting by Don Davis) 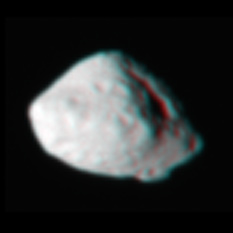