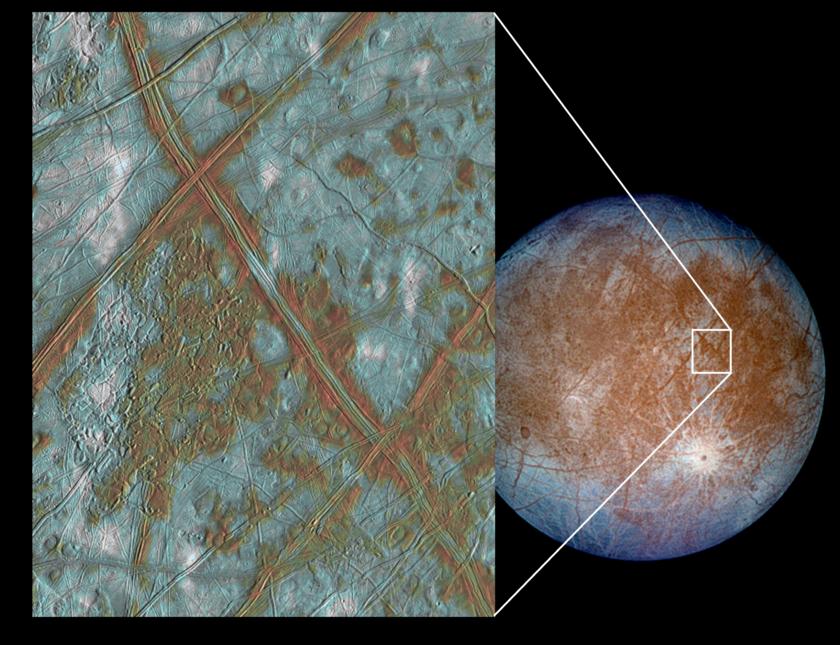 The image on the left shows Conamara Chaos, a region of Europa's surface where some process has disrupted the preexisting terrain of crosscutting ridges. In this false-color image, reddish-brown areas represent impure ice. White areas are rays of material ejected during the formation of the 25-km diameter impact crater Pwyll (see global view). Ice is blue, and coarser-grained ice is darker blue while finer-grained ice is light blue. These images were obtained by Galileo during September 7, 1996, December 1996, and February 1997.

Original image data dated on or about February 20, 1997 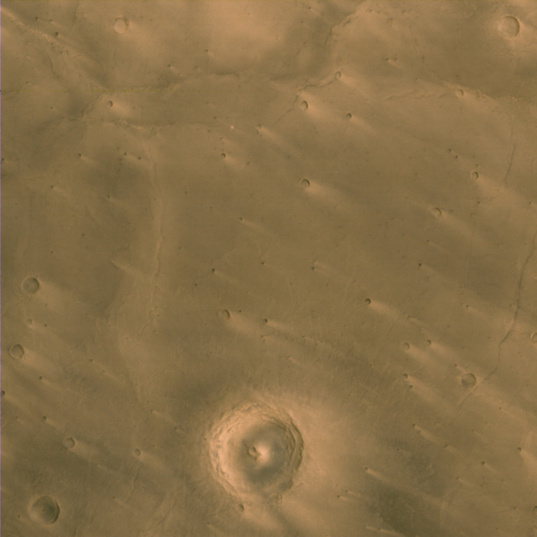 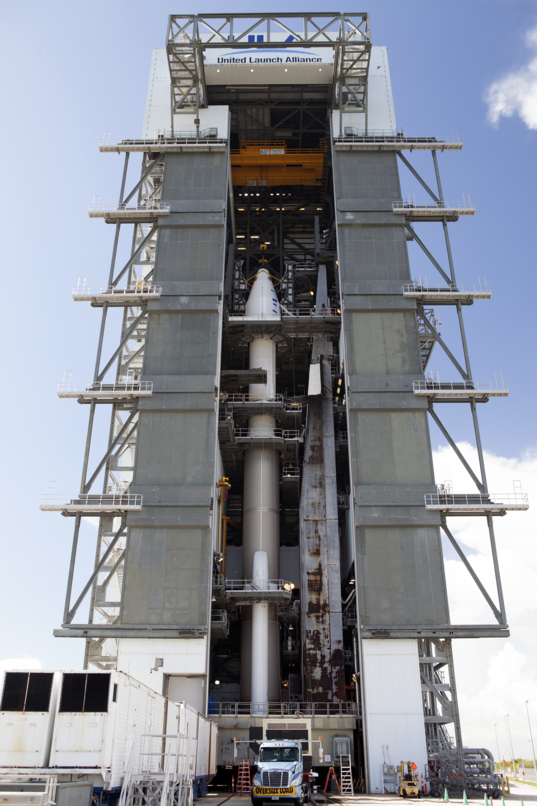 OSIRIS-REx atop its rocket 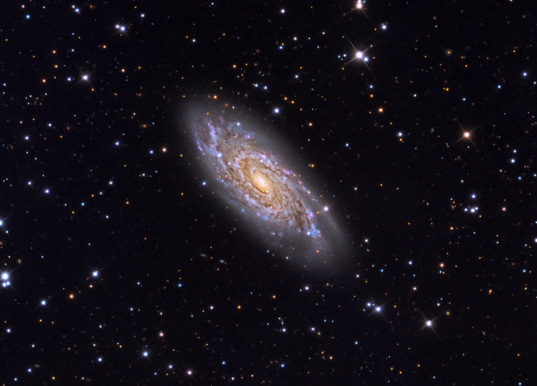 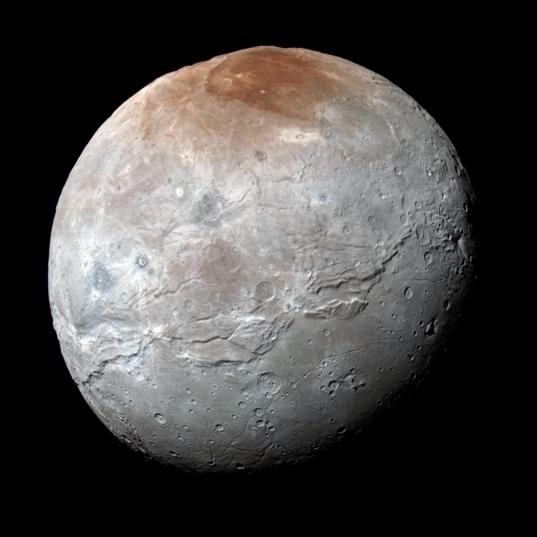