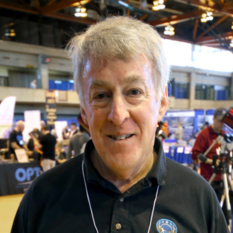 Astronomers Without Borders Founder and President Mike Simmons and his colleagues share the passion, beauty and joy of the night sky from Argentina to Zambia. Emily Lakdawalla tells us how Mars Exploration Rover Opportunity is driving into Mars’ distant, wet past. Bill Nye shares his thoughts about the just-released report on the future of human spaceflight. Who is the celebrity Random Space Fact introducer? Find out during What’s Up, and enter the space trivia contest to win Geoff Notkin’s book, “Meteorite Hunting.” 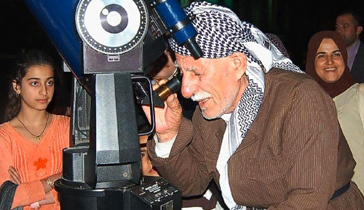 Astronomers Without Borders in Iraq

An elderly Kurdish man looks through a telescope at the night sky.

This week's prize is a signed copy of Geoff Notkin’s “Meteorite Hunting—How To Find Treasure From Space” and a Planetary Radio T-shirt.

Complete the contest entry form at http://planetary.org/radiocontest or write to us at planetaryradio@planetary.org no later than Tuesday, June 17, at 8am Pacific Time. Be sure to include your name and mailing address.

Ulysses is the only spacecraft to have flown over the Sun’s poles.