Check out a video version of the April 2019 edition of Where We Are!

Since I launched this column, I’ve had to report uncertainty on the status of the Opportunity rover. It is with great sadness that I say this will be the last time I’ll mention Opportunity here, as NASA has declared the mission at an end. The twin MarCO spacecraft have also communicated their last signals to Earth—after venturing farther than any other SmallSats have before. However, the solar system remains a busy place, even with these losses.

I recently learned from amateur radio operators that China’s Chang’e-5 T1 spacecraft is still communicating with Earth from a stable lunar orbit. Yutu-2 has wandered off from Chang’e-4, exploring Von Kármán crater on its own—as documented in photos from Lunar Reconnaissance Orbiter. And Israel is now on its way to the Moon with the Beresheet lander, which launched on 22 February. Their landing attempt is on 11 April. If they stick the landing, SpaceIL will become the fourth organization in history to soft-land a spacecraft on the Moon.

This quarter, our view happens to catch Parker Solar Probe very close to the Sun just 3 days before perihelion. It will experience another perihelion on 1 September. A Venus flyby on 26 December will shrink its orbit, dropping its next close approach even closer. BepiColombo will eventually be in Parker’s neighborhood but will spend all of 2019 far from the Sun, cruising toward an April 2020 Earth flyby.

Japan’s Hayabusa2 successfully grabbed a sample from asteroid Ryugu on 21 February. It will depart for Earth return late this year. OSIRIS-REx will spend the rest of 2019 surveying Bennu and plans to capture its sample in 2020.

At Mars, InSight has finished deploying its seismometer and is at work on the installation of its heat probe, while 6 spacecraft are in orbit above it. Curiosity has finally descended the slope of Vera Rubin Ridge and will likely spend the rest of the year—possibly longer—exploring the clay-filled swale beyond it.

New Horizons has now left 2014 MU69 behind but is still doing Kuiper belt science, studying the faint light from other tiny worlds and preparing to search for a future flyby target. 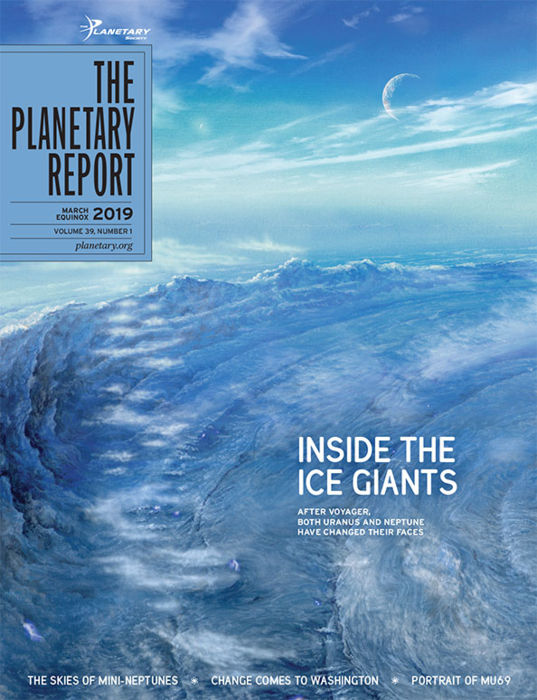 Why isn't Gaia pictured in L2? I see other observatory (Spitzer) outside Earth orbit in the diagram...

It's not there because I didn't know that Gaia was at L2. Mea culpa. I'll include it on future incarnations of this diagram. Thanks for the correction!