The Allure of Io 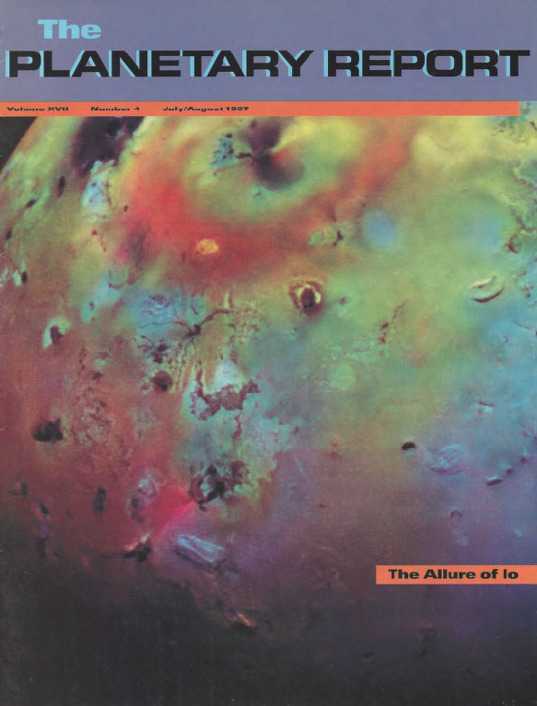 On the Cover: A ring of fresh, bright red material encircles Pele, and almost continuously erupting volcano on Jupiter's moon Io. From this angle, Pele's plume is nearly invisible, but deposits indicate that it spews sulfurous materials out to more than 600 kilometers (400 miles) from its central vent. Another bright red deposit lies next to the volcano Marduk. Such deposits darken and disappear within years or decades, so the presence of bright red materials marks the sites of recent eruptions. This false-color infrared image is a composite made from data taken on Galileo's first orbit of Jupiter in June 1996 and its third orbit in November 1996. It covers an area almost 2,400 kilometers (1,500 miles) across. North is to the right of the picture.
Paul Geissler and Alfred McEwen, Lunar and Planetary Laboratory, University of Arizona

4 Io and I: John Spencer talks about his personal relationship with Jupiter's volcanic moon.

9 First Reconnaissance: Exploring Other Solar Systems: Paul Butler tells the story of one of the most successful exoplanet search programs now under way.

14 Tribute to Clyde Tombaugh: David H. Levy recounts some of the highlights of Clyde's productive life and shares a few memories.

20 Q&A How do we know Comet Hale-Bopp passed Earth before?