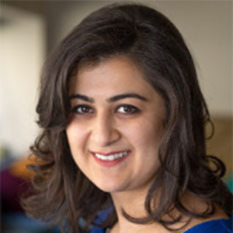 Dr. Sona Hosseini was born in Iran and moved to San Antonio TX with her family when she was two years old. It was there at second-grade elementary school that she fell in love with astronomy during a trip to NASA Houston Center. Her involvement in amateur astronomy projects and groups carried on when she and her family moved back to Iran at the age of 11. The lack of astronomy projects in junior high schools in Iran at the time led her parents to introduce her to Dr. Soubuti and Dr. Nasiri in the Institute for Advanced Studies in Basic Sciences (IASBS). At the age of 12, Sona started working with Dr. Nasiri and astronomy graduate students on various cosmology and astronomy projects. It was in IASBS local and national astronomy conferences that Sona found herself asking questions about which astronomical instrument is used for what astronomical observation and why; an interest that lasted until the end of high school and remained strong in making her professional career choices since then. Sona built her first telescope in Junior High and moved on to building amateur dark room cameras, and grating spectrometers.

After high school, Sona joined Dr. Kiasatpour in Univeristy of Isfahan in Iran where she got her Bachelor’s degree in Physics and Atomic Physics. Throughout her undergraduate program, Sona was active in building various apparatus for department laboratories and conducting science experiments for it for future courses. She was involved in building a new 16-inch telescope and observatory dome for the Department of Physics and actively organized and participated in physics and astronomy student club activities. Sona completed her undergraduate program by building a Dark Sky Metter, which she later used in addition to other techniques to measure the sky brightness for Iran National Observatory candidate sites.

For her Master’s program, Sona worked with Dr. Nasiri in the University of Zanjan, the Department of Physics and Astronomy and Dr. Scott Tear in New Mexico Tech. She structured a sequence of observations and reported the Sky Brightness measurements for the three various candidate sites for the Iran National Observatory at the time.

Dr. Hosseini was always passionate to work on astronomical instruments to study Solar System objects. After moving back to the US with her family, she joined Dr. Walter Harris at Department of Engineering Applied Science, the University of California Davis to build a novel interferometry technique to observe the wide field of view astronomical targets such as comets at high spectral resolving power. She started her graduate program by building the laboratory for her prototype instrument at the campus. After two years and the completion of the prototype Spatial Homodyne Spectrometer (SHS), the coupling siderostat wasn’t delivered. That led Sona and her graduate advisor to consider moving the instrument to Mt. Hamilton, Lick Observatory. Over the course of following three years, Sona spent most of her time at Mt. Hamilton developing the complete theoretical concept of reflective SHS systems and built Khayyam, the first field Spatial Heterodyne Spectrometer coupled to the 0.6m Coudé Auxiliary Telescope (CAT). In addition to her thesis project, Sona was very much involved with professional societies in astronomy, and optical engineering sciences culminating in joining Jet Propulsion Laboratory in July 2015.