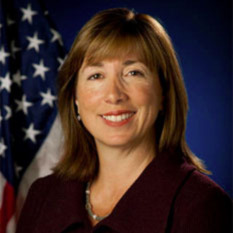 Lori Garver is the former NASA Deputy Administrator, and currently the General Manager of the Air Line Pilots Association. Nominated by President Barack Obama and confirmed by the U.S. Senate, Lori Beth Garver was the deputy administrator of NASA from July 17, 2009 to September 6, 2013. As deputy administrator, Garver was NASA's second in command. She worked closely with the administrator to provide overall leadership, planning, and policy direction for the agency.

A native of Michigan, Garver graduated from Haslett High School in Haslett, Michigan, in 1979 and four years later, in 1983, she earned a bachelor's degree in political science and economics from Colorado College. Her focus turned to space when she accepted a job working for Sen. John Glenn from 1983 to 1984. She since has served in a variety of senior roles in the nonprofit, government and commercial sectors.

Garver worked at the newly formed National Space Society from 1984 to 1996, becoming its second executive director in 1987. She served as the society's primary spokesperson, making frequent appearances on national television and regularly testifying on Capitol Hill. During that time, she also earned a master's degree in science, technology and public policy from George Washington University in 1989.

After working at NASA from 1996 to 2001, Garver was employed as the vice president of DFI Corporate Services from 2001 to 2003. From January 2001 until her nomination as NASA's deputy administrator, she was a full-time consultant as the president of Capital Space, LLC, and senior advisor for space at the Avascent Group. In these roles, she provided strategic planning, technology feasibility research and business development assistance, as well as merger, acquisition and strategic alliance support, to financial institutions and Fortune 500 companies.

Garver was the lead civil space policy advisor for the 2008 Obama presidential campaign and led the agency review team for NASA during the post-election transition. Previously, she served as the lead space policy advisor for the Hillary Clinton and John Kerry campaigns for president and represented them at various events and conferences. Garver has held numerous senior positions in space policy. She was a member of the NASA Advisory Council, a guest lecturer at the International Space University, president and board member of Women in Aerospace, and president of the American Astronautical Society. She lives in Virginia with her husband, David Brandt, and their sons Wesley and Mitchell.

Biographical information and photo from NASA. 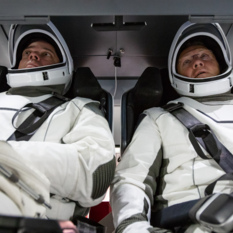 American astronauts are about to fly from Florida to the International Space Station for the first time in nine years, thanks to the commercial space development initiative advocated for years by Lori Garver.