This Saturday, the last-ever Delta II rocket will blast off from Vandenberg Air Force in California carrying NASA’s ICESat-2 spacecraft to orbit. ICESat-2 follows up on a previous mission of the same name and carries a laser altimeter to map the planet's ice sheets. Launch is set for 8:10 a.m. EDT (12:10 UTC).

I love all rockets, but I have a special fondness for the Delta II. It was the first rocket I ever saw up close as a reporter, during a 2011 NASA Tweetup (now called NASA Social) for the launch of the Suomi NPP climate satellite. One of the rocket's many charms is its blue-green color, officially Delta Blue, chosen partially for aesthetics but to also help engineers spot ice forming on the fuel tanks. Vandenberg night launches are notorious for fog, but I fortunately got to see NPP blast off into starry skies. The rocket was visible for several minutes, all the way through solid rocket booster separation, and I remember seeing the boosters twinkle as they fell toward the Pacific Ocean. 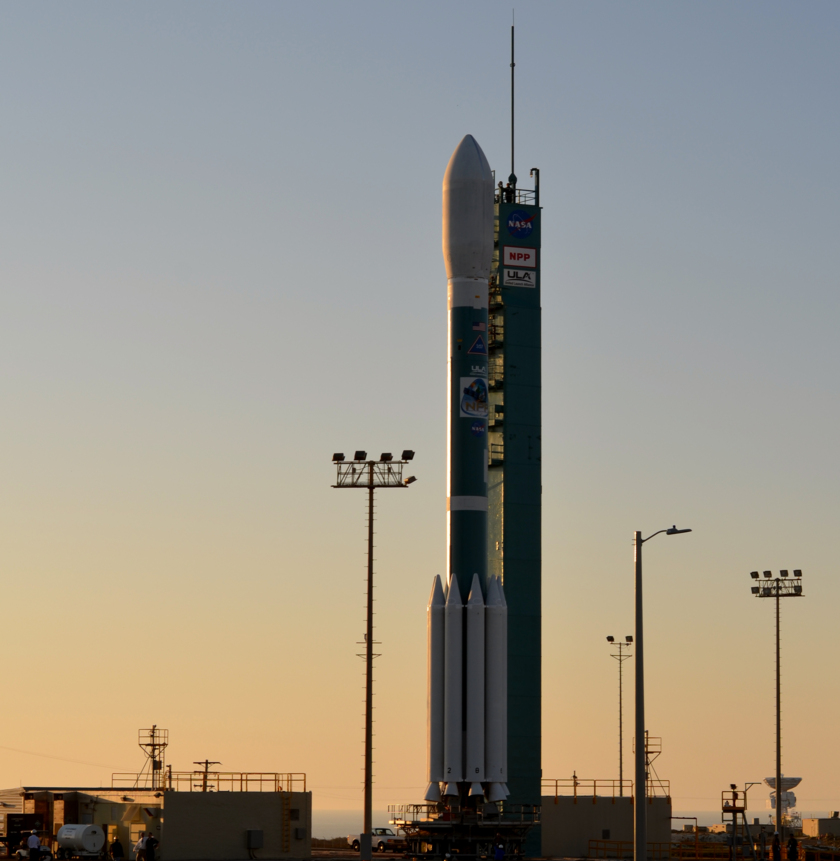 A Delta II rocket sits on the pad at Vandenberg Air Force Base prior to the launch of the NPP Earth science satellite in 2011.

This will be the rocket’s 155th flight since its 1989 debut. It has a military heritage dating all the way back to early Thor missiles, and many flights featured a shark’s mouth design on the upper stage mirroring ones used on Air Force planes. In its heyday, the Delta II was America’s workhorse rocket. It was used for everything from GPS flights to Mars missions. Its NASA resume includes the Spirit and Opportunity rovers, Kepler, Dawn, GRAIL, Mars Odyssey, and more. The rocket has only failed a couple times, most spectacularly in 1997 when a Delta II carrying a GPS satellite exploded shortly after liftoff, prompting a launch director to say "Boys, this is bad," and dive under a computer console. 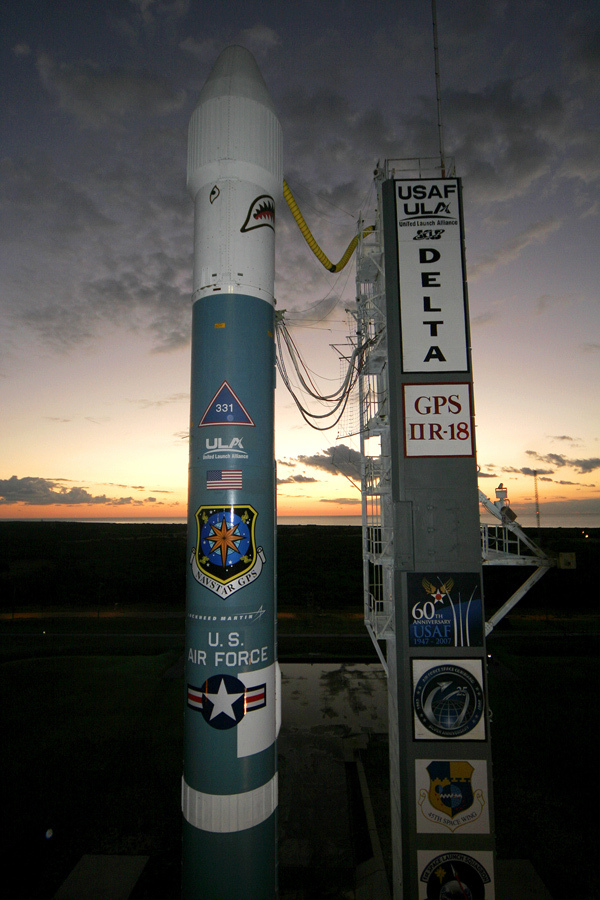 A Delta II rocket sporting the shark’s teeth livery, prior to the launch of a GPS satellite in 2007.

Unfortunately, all good rockets must inevitably step aside for newer, more capable vehicles, and for Delta II, the end has been in sight for several years. The rocket's lift capacity is just 6.1 metric tons to low-Earth orbit, yet NASA still paid $96.6 million to launch ICESat-2 including payload processing services. A SpaceX Falcon 9 costs roughly the amount, but can lift spacecraft four times heavier.

The last Delta II to launch from Cape Canaveral was GRAIL in 2011; in July, the dual towers that supported Delta II launches there were demolished. That left just Space Launch Complex 2 at Vandenberg for Delta II flights to polar orbits.

ICESat-2 will only lift off after an operator physically clicks a mouse button as part of the launch sequence. I have known this quirky Delta II fact for a long time, but couldn't remember the reason, so I asked United Launch Alliance (ULA), which operates the rocket, for an explanation. The answer came from Bill Cullen, the director of launch operations for the company's upcoming Vulcan rocket. Cullen has worked on the Delta II program since the beginning. Here is his answer, lightly edited:

Yes, the Delta II engine start command is initiated by a console operator. The launch control system is 25 years old, and at the time this used a ‘person in the loop’ control which was preferred compared to the complexities of a fault-tolerant computer system. The more modern Delta IV and Atlas V launch control systems use modern, redundant computer systems to start the engines.

Cullen also described the mood at ULA counting down to the final launch:

The final Delta II mission is bringing the ULA team together like all launches.  Being the last Delta II mission, ICESat-2 is extra special; the sense of pride in working on the last mission has permeated the whole team. While it is always a little sad to end an era, the team’s learning, teamwork, processes and mission focus live on in the enterprise.

There is apparently one more Delta II in stock that was not able to get matched with a payload. Right now it's on standby for spare parts, but ULA CEO Tory Bruno told Spaceflight Now it might eventually end up in a museum.

"For the last Delta II vehicle, leadership is still deciding what will happen over the long term,” said ULA spokesperson Heather Mowad in an email. "We’ll be able to share details soon." 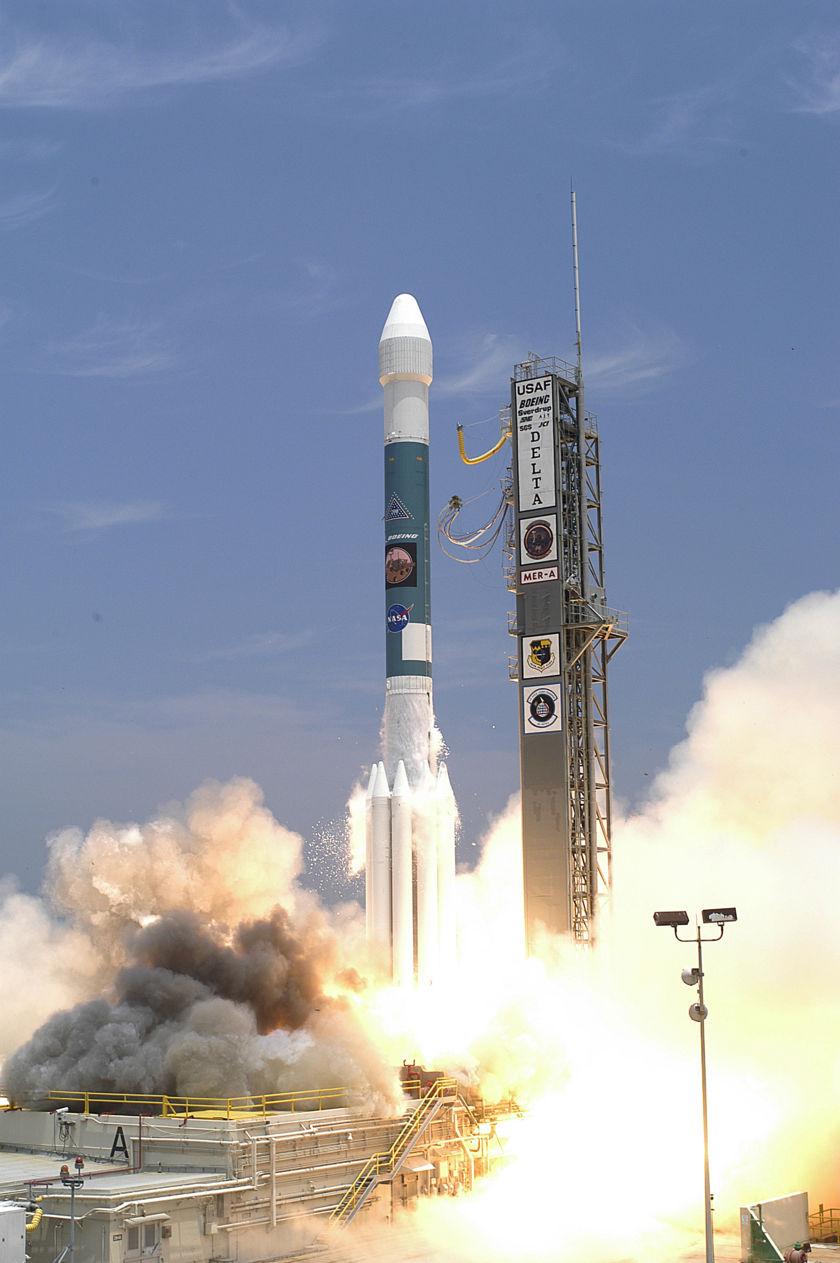 A Delta II rocket lifts off carrying the Mars Exploration Rover Spirit in 2003.

Damn, that was a good rocket! When it was brought up in the '90's for planetary missions it seemed very strange to the designers, especially the Star 48 versions. "You're going to spin our fine spacecraft at HOW MANY rpm?"