Greeting the new crew was NASA astronaut Barry Wilmore, who is currently in command of the station, along with cosmonauts Elena Serova and Alexander Samokutyaev. The station is operating under Expedition 42, which started when the crew of Expedition 41 departed two weeks ago. 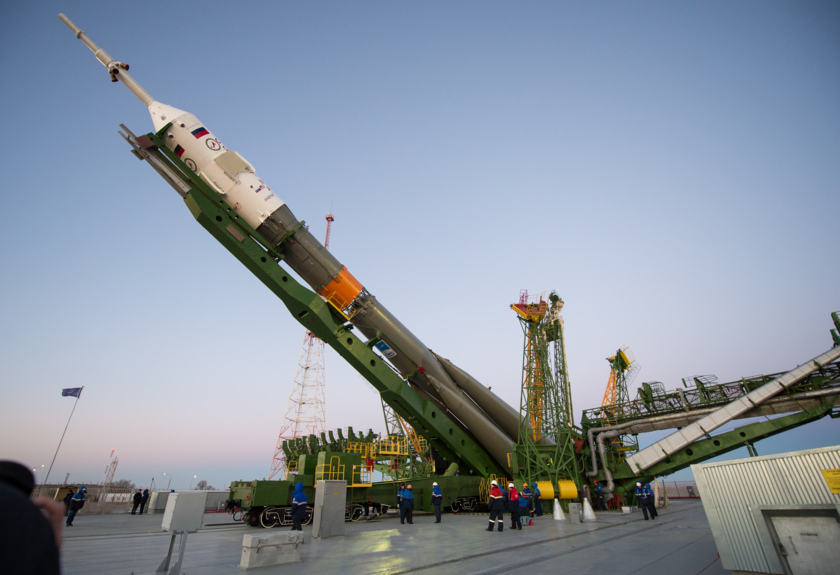 Soyuz TMA-15M is raised into position at the Baikonur Cosmodrome in Kazakhstan. 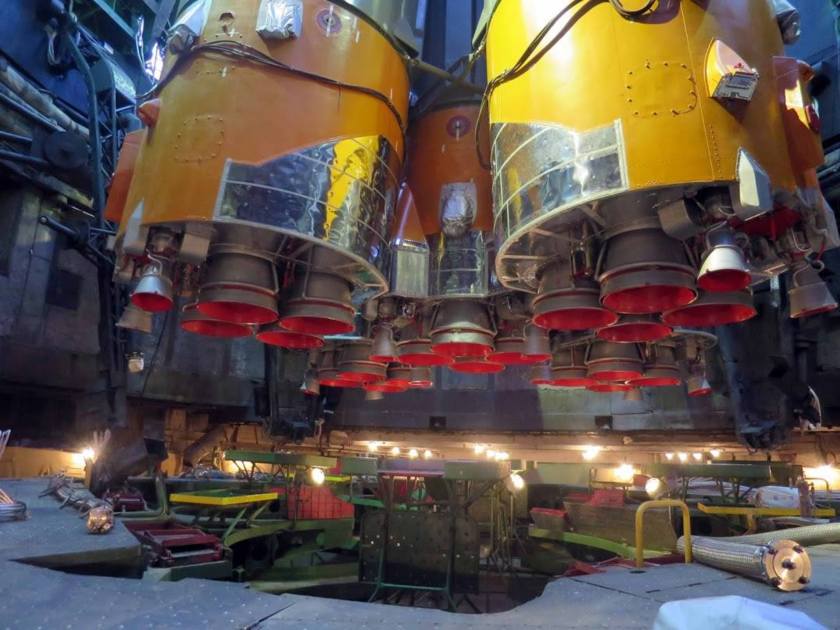 The engines of a Soyuz FG rocket loom large over a flame trench at the Baikonur Cosmodrome prior to the launch of Soyuz TMA-15M to the International Space Station. 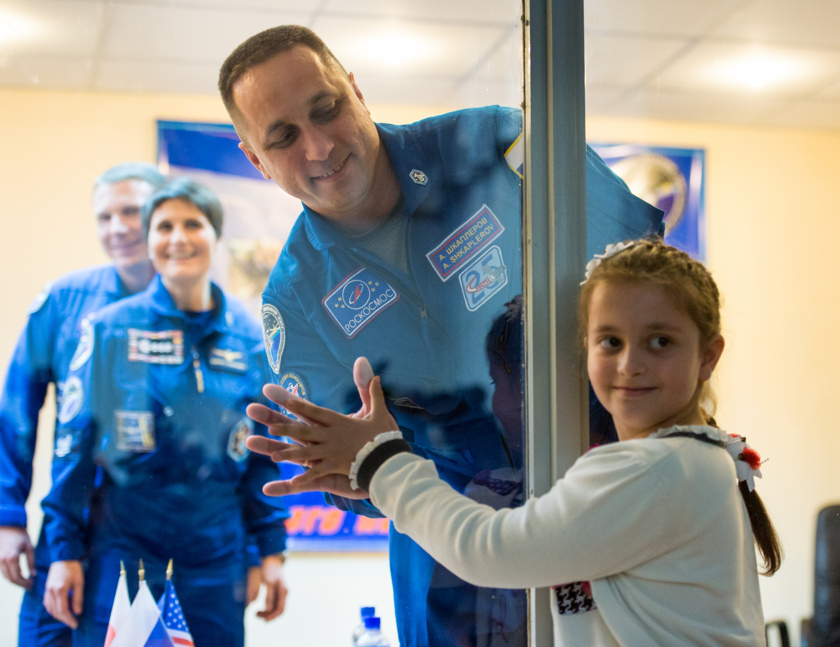 Cosmonaut Anton Shkaplerov matches palms with his daughter, Kira, through quarantine glass following a press conference at the Cosmonaut Hotel in Baikonur. 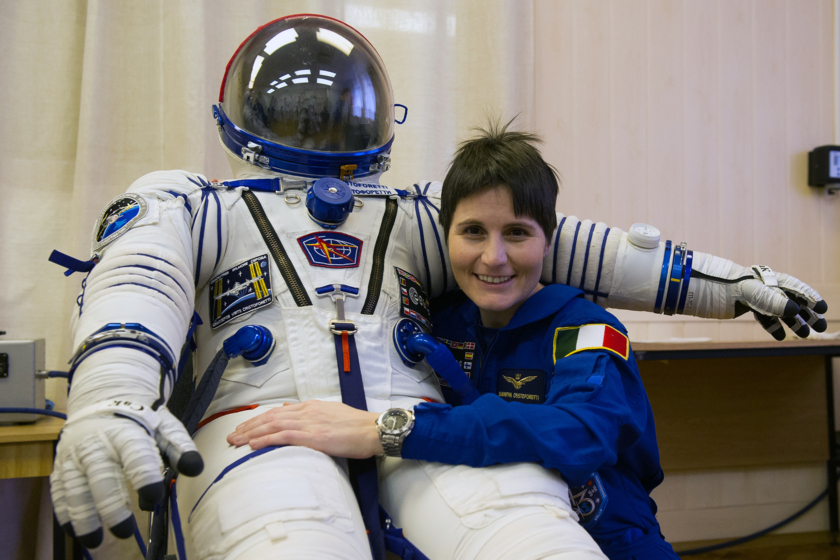 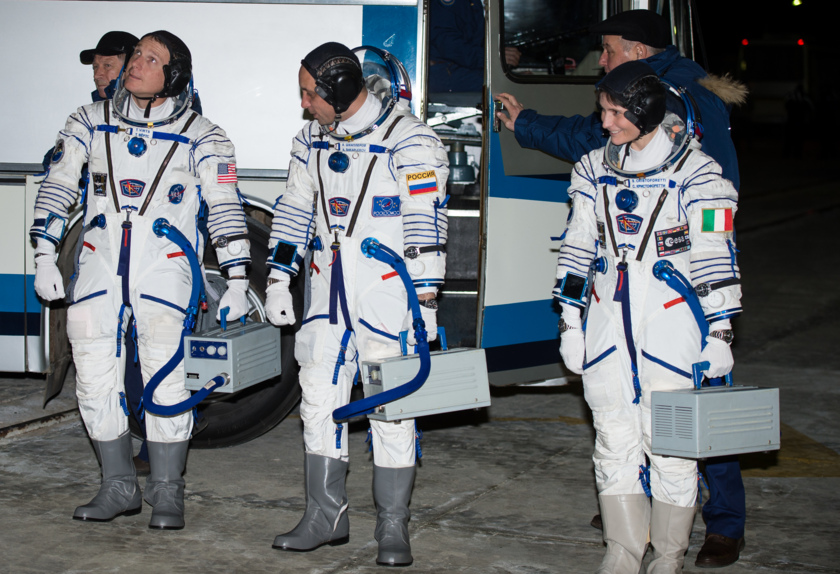 NASA astronaut Terry Virts, left, takes a look up at the Soyuz rocket that will carry him to the International Space Station. Cosmonaut Anton Shkaplerov is in the center, with European Space Agency astronaut Samantha Cristoforetti at right.

Expedition 42/43 Launches to the ISS 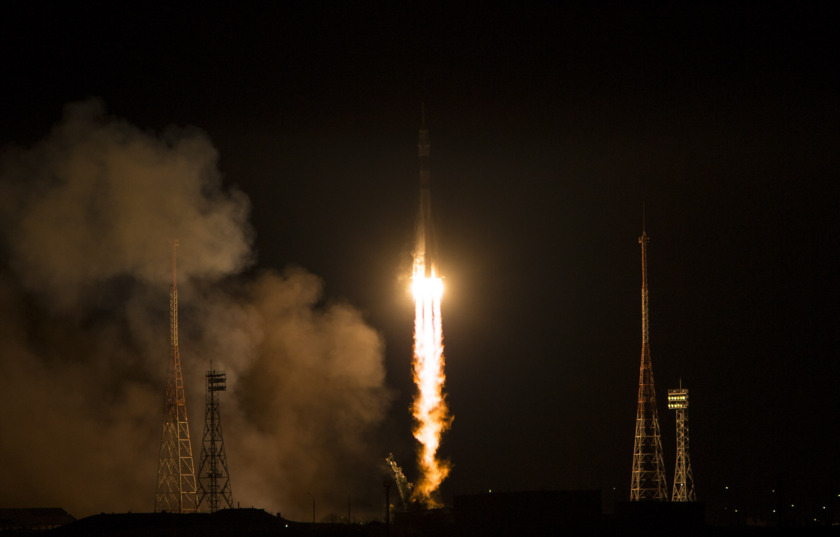 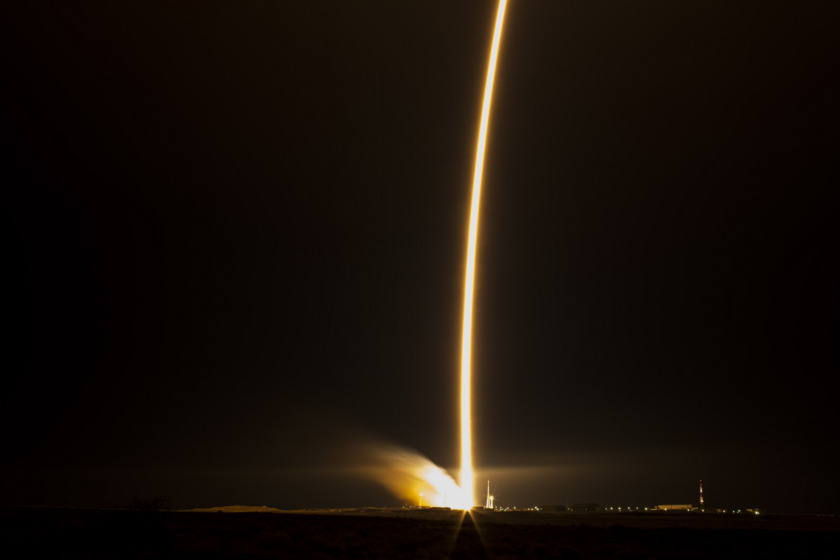 Soyuz TMA-15M streaks off toward the International Space Station in this time lapse photograph from Baikonur, Kazakstan. 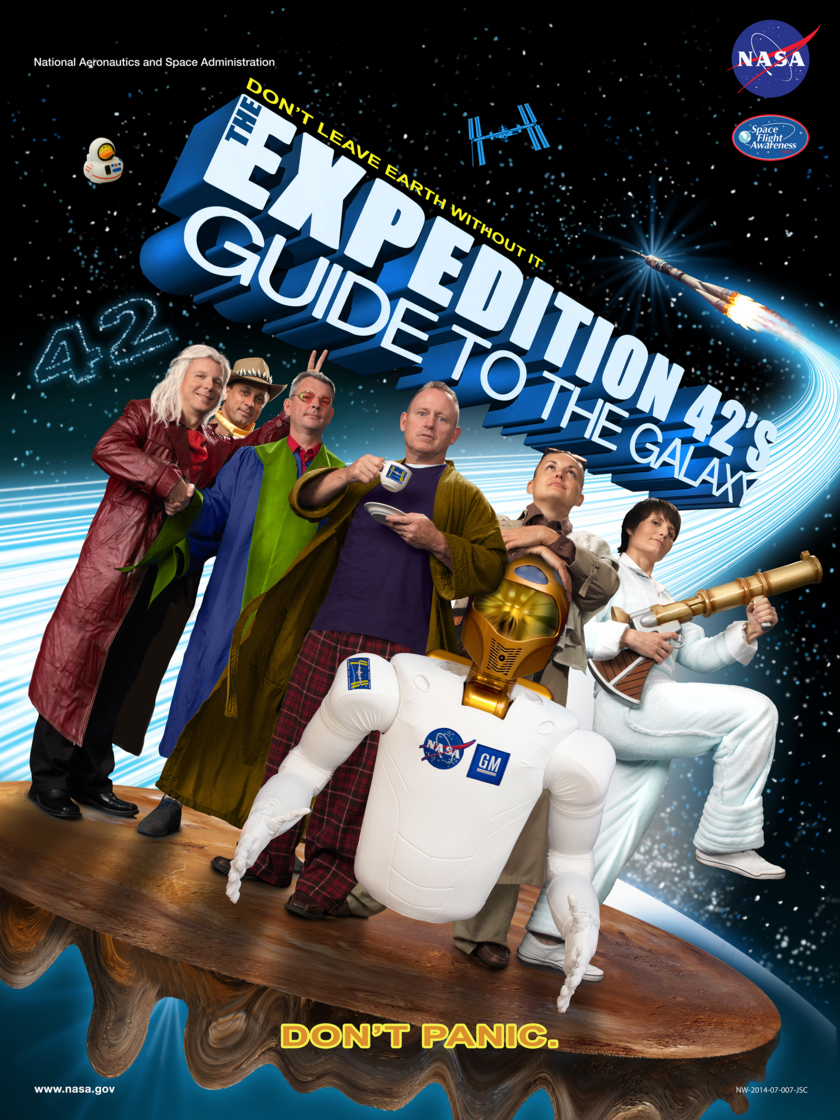 The crew of Expedition 42 poses in a parody shoot of "The Hitchhiker's Guide to the Galaxy." From left: Terry Virts, Anton Shkaplerov, Alexander Samokutyaev, Barry Wilmore, Elena Serova, Samantha Cristoforetti.