The Planetary Society regularly hosts interns and visiting scientists and engineers from world space agencies. Recently, we've had the pleasure of working with JAXA's Toshiaki Takemae -- we call him Toshi. Here, Planetary Society intern Forest Purnell, shares more about Toshi, his work at JAXA, and why he's visiting the U.S.

Toshiaki Takemae is an engineer from the Japan Aerospace Exploration Agency, or JAXA. For the last week and a half, he has been resident at The Planetary Society. Our headquarters near downtown Pasadena is just the first stop on a trip that will take him around the country on visits to Space Center Houston, Wright State University in Ohio, The Space Telescope Science Institute in Baltimore, New York's Hayden Planetarium, and NASA Headquarters before returning to Japan. 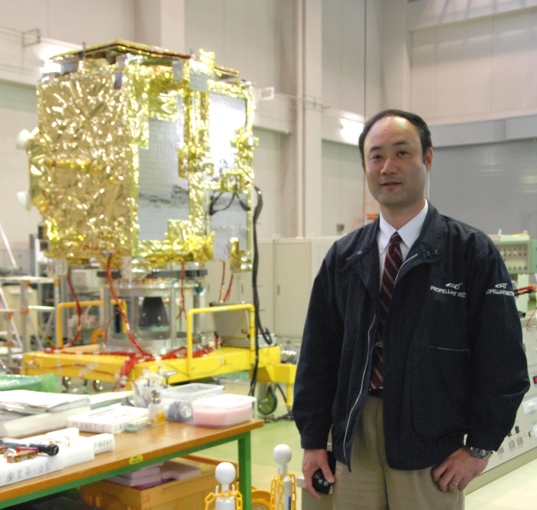 His itinerary reflects a long-term interest he has had in public outreach and science education, both in and outside the classroom. A former high school teacher, Toshiaki Takemae has been a leader in Japan's Young Astronauts Club for many years. Takemae decided to travel to the US for a couple months as part of a program that allows JAXA employees to pursue work-related matters abroad. One purpose of his trip is to learn about the communication of science – especially space and planetary science – in the United States through observing government agencies, NGOs like The Planetary Society, and other private institutions.

In a presentation given to board and staff members of The Planetary Society - including Vice President Bill Nye - this Monday, Takemae described his background, his current work at JAXA, and the Japanese space agency's activities today.

This is not the first time the JAXA engineer has been at The Planetary Society. Thirteen years ago, he was part of Planetfest 1997, an event held by the Society to celebrate the successful landing of Mars Pathfinder. There, he led the popular water rocket event, helping participants build and launch the pressure-powered rockets, which can go up to 100m (!) into the air. At the Young Astronauts Club in Japan, Takemae has continued to host water rocket events for young students through the years. He has even published research on the topic. At the presentation he mentioned with delight the experience of watching former pupils go on to pursue university studies in science and engineering, in some cases eventually becoming co-workers at JAXA.

Since 1996, Takemae has been part of the research arm (ISAS, analogous to JPL) of the space agency. His past work has included research of the upper atmosphere using sounding rockets. These relatively small, solid-propellant rockets can soar up to 800km, deploying payloads to the lower exosphere and upper thermosphere. He and his teams have used the rockets to study the aurora in Norway and to conduct solar sail deployment tests. 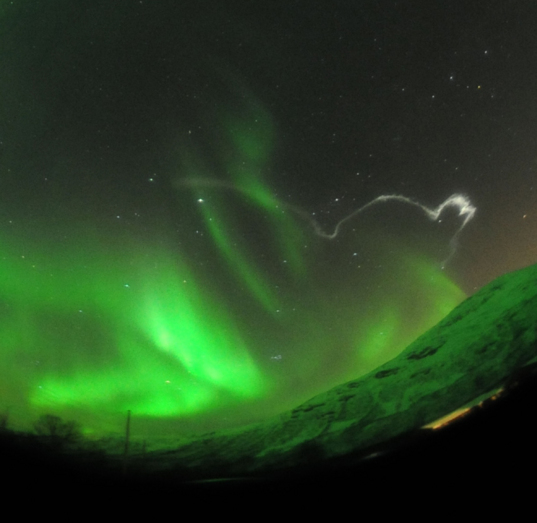 Soaring through the aurora

Trimethyl aluminum is released into the lower thermosphere to study the aurora over Norway.

Now, Toshiaki Takemae's work is focused on the solar panel deployment of the upcoming Venus climate orbiter, known both as PLANET-C and Akatsuki (meaning "dawn"). This small satellite will set off from the island of Tanegashima in southern Japan for our neighboring planet late this year. The H-IIA launch vehicle will not only carry the Venus climate orbiter, but also a demonstrational solar sail known as IKAROS. You can read more about the PLANET-C in the Planetary Society's guide to current space missions.

We hope the coming weeks prove fruitful for our visitor as he travels across the country. We also look forward to more ground-breaking and inspiring work from the Japanese space agency, and hope continued international cooperation can foster higher levels of scientific learning around the world. 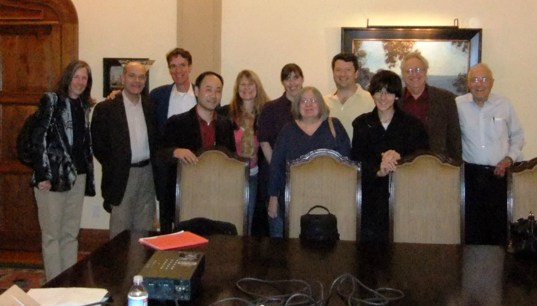 After Toshiaki Takemae's presentation, we paused for a group photo.