There were some issues with the voting widget on the University Science Writing competition, but they have been resolved, and it turns out it was counting the votes all along! So go vote for my post if you haven't done so yet today! Don't worry if you don't see a number in the gray voting widget box. They decided to hide the number of votes from everyone except the authors.

And while you're there, go ahead and check out and vote for other finalists too. There are some great other posts!

Edit: Can anyone else see the voting widget on my post? I just edited the voting instructions in the text to reflect the fact that they got rid of the visible number of votes, and when I saved, the widget disappeared. 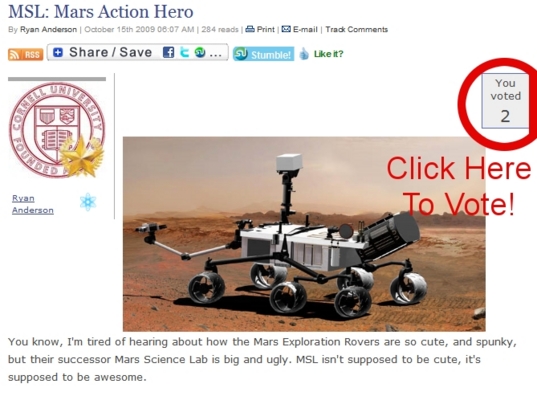