In the November/December 2008 issue of The Planetary Report, we described some next steps for our OSETI telescope.

Often, the phrase “next steps” has been known to describe things that don't actually happen. But for The Planetary Society's All-sky Optical SETI, it's different. Here's what's happened in the last year:

1. We've installed a precision readout of the telescope axis angle (accurate to 1/320,000 of a rotation), and a dedicated camera that looks inward at the detector array. As a result, we know exactly where in the sky any event originates.

2. We added a camera with sensitive night vision, which can be controlled remotely.  It lets us check out snow and ice conditions, and even spot an occasional visiting deer.

3. Our wonderful graduate student Curtis has perfected his novel "FPGA multichannel flash ADC," a breakthrough that will increase, sixteen-fold, our signal capture capability. He's nearly completed the circuit-board layout, a heroic effort culminating in a 12-layer board with hair-thin wiring (we nerds would say "4/4" design rules), supporting dense chips with 1,156 tiny contacts each.  The enhanced data fidelity will help us discriminate between natural events (such as cosmic rays) and unnatural events (intentional laser pulses from Out There!).  We'll send this out for fabrication, once the needed funds are found.

4. And, as of now, we've made 3,182 hours of observations, and we've covered the full northern sky three times. We've had occasional interesting "hits," but nothing that's repeated, even once.  The improvements I’ve just described will increase the odds of a successful detection (though no one truly knows what *those* are!); and, were such an historic even to happen, we would know accurately where it originated, which is essential for the confirmation by another observatory to establish its validity (as seen in the movie Contact). 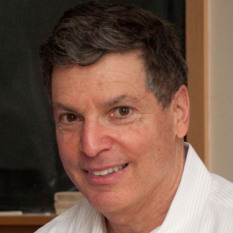