Dawn Launch: A Brilliant Flash and a Thunderous Roar!

Planetary Society volunteer Ken Kremer is reporting for us from the Kennedy Space Center, where he watched Dawn launch on September 27. Kremer is a research scientist who spends his spare time giving public outreach presentations on behalf of The Planetary Society as a volunteer and NASA's Jet Propulsion Laboratory as a Solar System Ambassador. Thanks Ken! --ESL

At 7:34 a.m. EDT the Delta II Heavy roared off launch pad 17 B at Cape Canaveral with a brilliant flash of glowing orange light and billowing white smoke. She rose off the launch pad on 1.1 million pounds of liftoff thrust, faster than a space shuttle. The flash is more brilliant than anything on TV.

About 10 seconds into ascent the thunderous roar grew deafening as she streaked skywards off towards Africa. The trail of smoke spread across the sky and with the naked eye I could see the first 3 solid rocket motors separate and descend to earth and she sped away

Spacecraft separation occurred on time at one hour, two minutes into the flight.

And the latest is that acquisition of signal occurred at 9:44 a.m., barely 2 hours after liftoff and earlier than most expected.

Dawn is now off on her three-billion mile journey of exploration powered by exotic, cutting edge technology, enabled only with the ion thrusters.

I'll file a more detailed report as soon as I reacquire internet access. 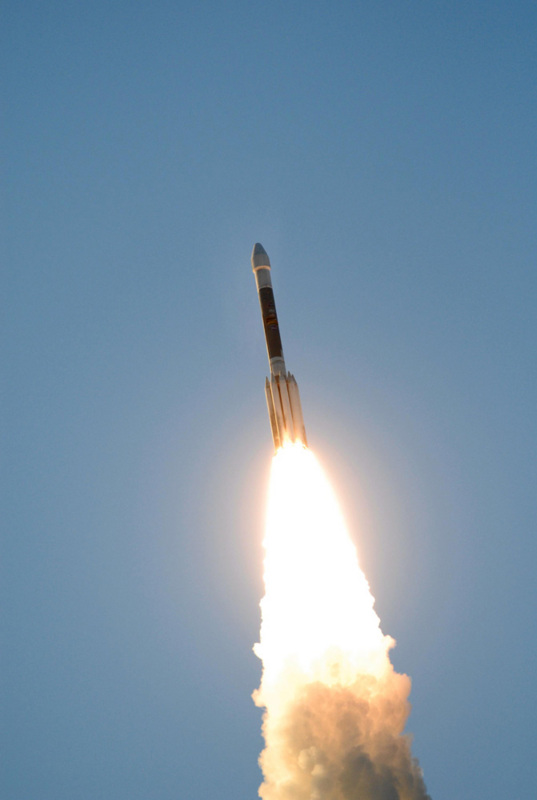