OSIRIS-REx's long journey to an asteroid has begun. The first step was a small and quick one, relatively speaking: the spacecraft departed Colorado on Friday, travelling aboard an Air Force C-17 to the Payload Hazardous Servicing Facility at Kennedy Space Center. Now safely in a clean room in Florida, it'll undergo final assembly, testing, and fueling before being encapsulated in a rocket fairing and then stacked atop an Atlas V rocket. The launch period opens on September 8 and closes on October 12.

The OSIRIS-REx Twitter account couldn't resist a Colorado-specific joke upon its departure Friday, as a consequence of which I am writing the rest of this blog entry with John Denver songs running through my brain.

Here's a bit of a photo album of the journey. I can't imagine how terrifying it is to let your precious spacecraft take a trip of any length on a truck on a freeway, but of course this kind of journey happens at least once for every spacecraft. (Let us not speak of the effects of Galileo's multiple truck journeys.) 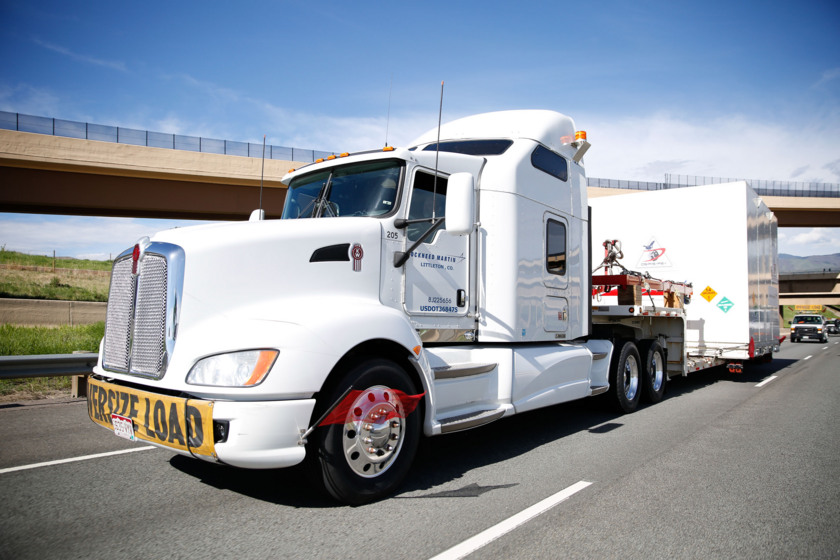 OSIRIS-REx on the road

The crated spacecraft travels on the freeway to Buckley Air Force Base near Denver for its flight to Florida on May 20, 2016. 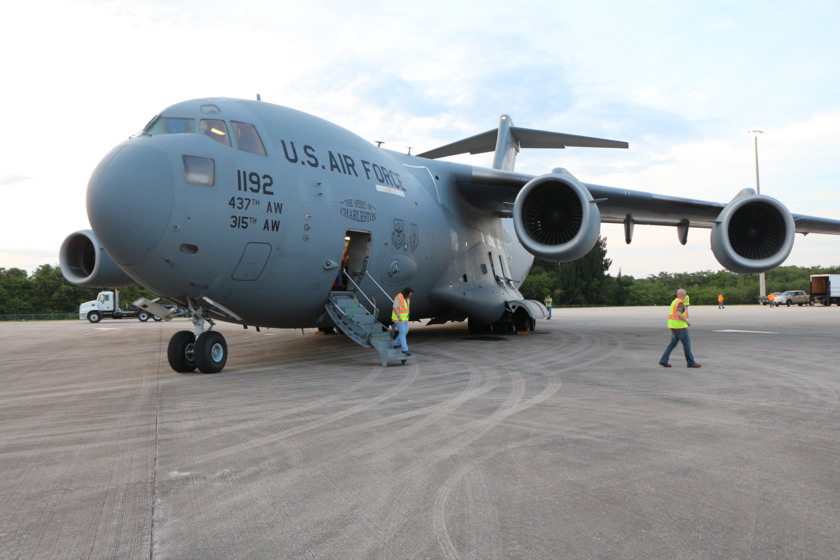 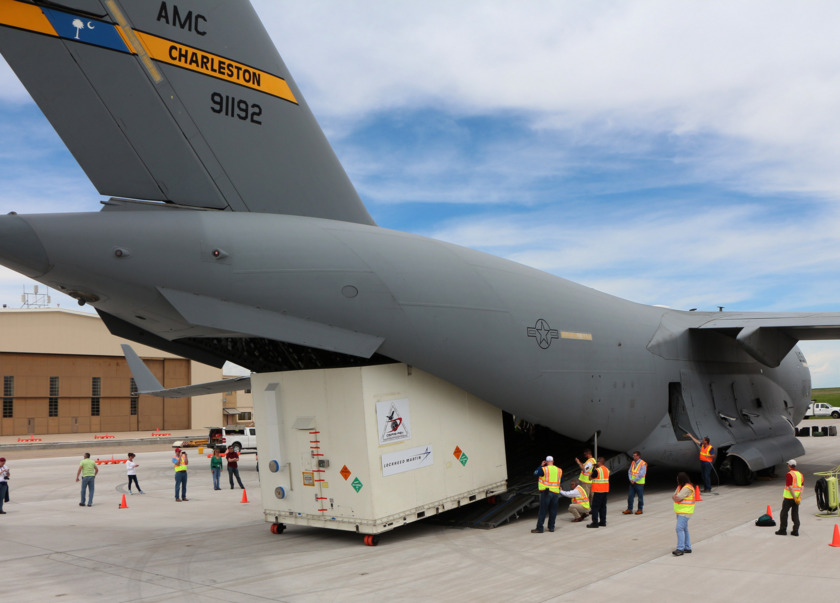 In a shipping crate, OSIRIS-REx is loaded onto a C-17 Globemaster for its flight to Florida on May 20, 2016. 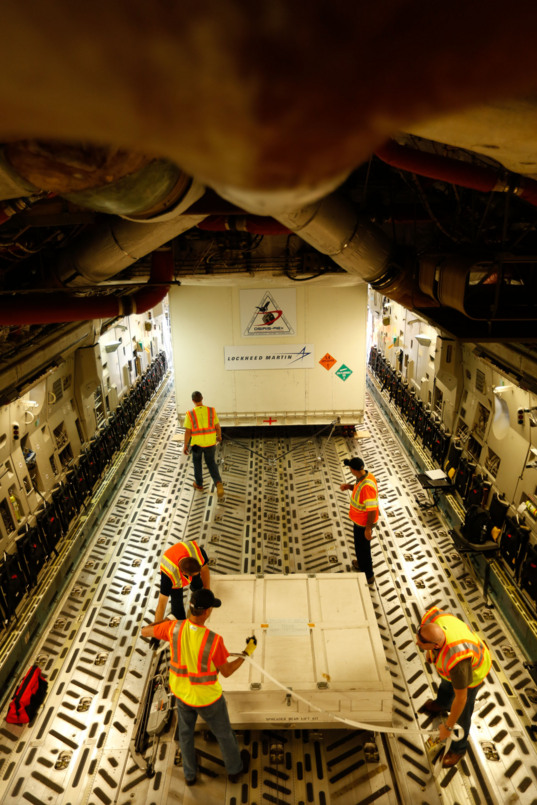 OSIRIS-REx in the belly of the C-17 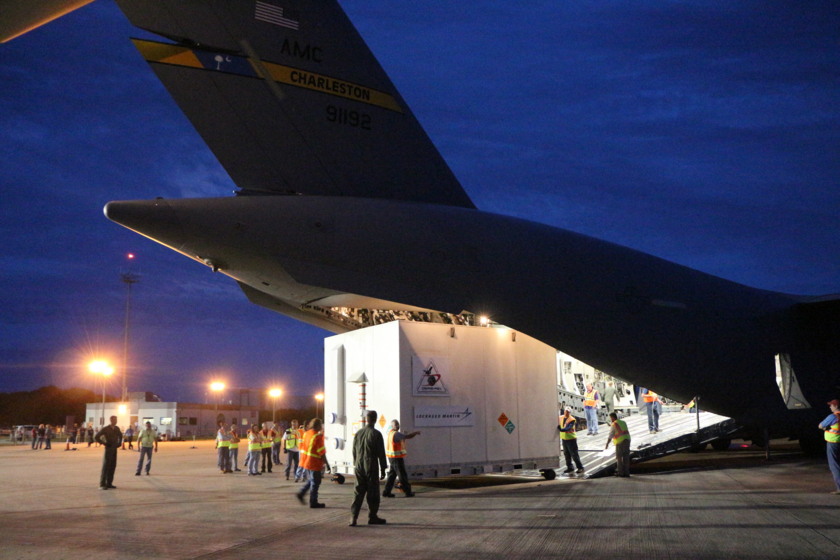 In the late evening of May 20, 2016, the crated spacecraft is unloaded from the C-17 cargo plane that carried it to Kennedy Space Center.

The day after shipping it, they unboxed the spacecraft.

Great to see you, @NASAKennedy! This is a great clean room you've got for me. #ShipToCape pic.twitter.com/81WBRLNVZv 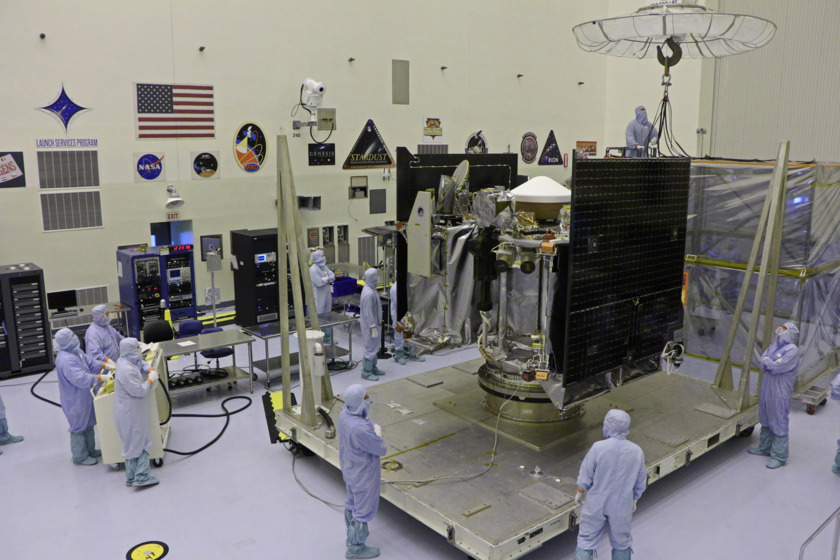 It's a relief to have that journey over. The scariest part, the launch, is just three months away. But OSIRIS-REx has a more complicated journey ahead of it than most, needing to travel to an asteroid, touch down on it, depart, and then send its sample return capsule to a safe landing. I'll be following it every step of the way!

>Let us not speak of the effects of Galileo's multiple truck journeys I am curious about this? Was Galileo main antenna damaged during a truck trip?