Put New Horizons on a stamp

A week ago, the New Horizons team announced an effort to gather signatures in support of a petition to the U.S. Postal Service to commemorate the historic flyby of Pluto on a stamp. "Commemorate?" you may ask. "It's not even close to Pluto yet." You'd be right to say so, but the proposal must happen now because it can take three years from proposal to printing of a new postage stamp. (Yay for bureaucracy.) I, for one, would be thrilled to be mailing my bills and Christmas cards inside envelopes bedecked with New Horizons!

You can help make this happen. You need to do two things: 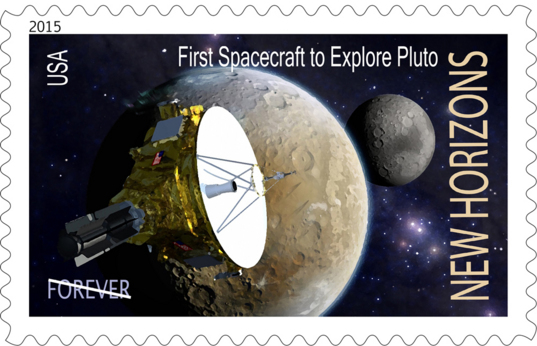 On February 1, 2012, the New Horizons team launched an effort to petition the U.S. Postal Service to commemorate New Horizons.