According to Nature News, Curiosity is going to Gale

Nature News is reporting that the Mars Science Laboratory mission has made its recommendation for the landing site for the next great Mars rover, and it's Gale crater. If this rumor turns out to be correct, it should be noted that this is not a final decision -- Ed Weiler at NASA HQ will make the final decision soon -- but it would be unusual for HQ to go against the recommendation of the mission in this matter.

I know one person who will be ecstatic about this choice. Gale crater has been the subject of much of occasional guest blogger Ryan Anderson's recent research efforts. He recently published a paper on Gale and posted some nifty Gale crater videos. I'm sure he'll have something to say about the choice once he quits dancing! 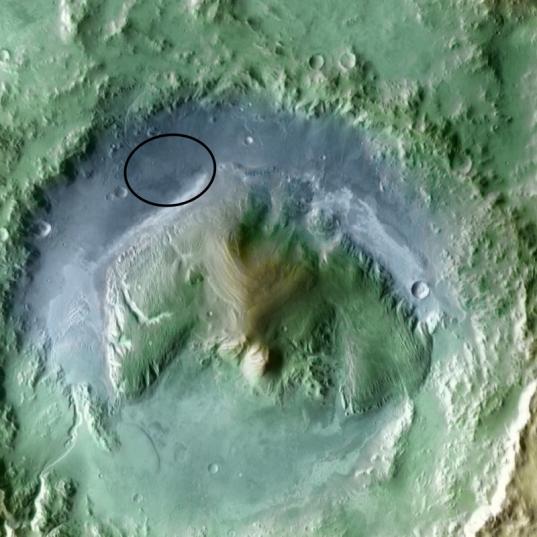 A morphologic map of the Curiosity landing ellipse within Gale crater.

Personally, I'm just relieved that a choice has been made (or, I will be when it's confirmed officially); I'm currently writing a feature article for The Planetary Report about the landing site selection, which is due in a couple weeks. Join the Planetary Society if you'd like to get that article in the mail when it comes out!