A zoomable MastCam is not going to make it to Mars

I hate being the bearer of bad news, but here it is. Amid all the building excitement for Curiosity -- the successes in testing, the delivery of the instruments, the fun of tuning in to Curiosity Cam to peek in on engineers doing their work in preparing the next rover for launch -- I've learned that a much-anticipated (but not required) feature is not going to make it on to the rover. The MastCams, the main color science cameras at the top of the rover mast, will not have zoom capability. 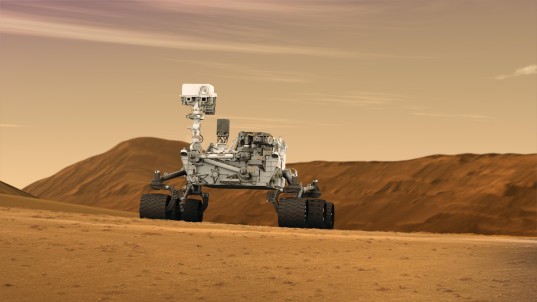 To be clear, this isn't actually a change from what the mission has been officially planning for the rover since 2007. That year, as part of an effort to keep the cost of developing MSL in check, NASA directed the mission to "descope" several instruments, which means they were told to reduce their capability to make them less costly/risky to develop. MastCam was originally supposed to have a pair of cameras with zoom capability; the descope, which was done to save $1.5 million, changed that to two fixed-focal-length cameras, one at each extreme of the originally planned zoom capabilities of both cameras. The Planetary Society went on record to state that this action appeared to be penny-wise and pound-foolish, and sent a letter (PDF) to Congress to protest it as well as the other instrument descopes. Several of the descoped instruments were later restored, but the MastCam descope stuck.

About a year ago, though, it became public knowledge that, having delivered the fixed-focal-length versions of the MastCams to JPL, Malin Space Science Systems was, with the mission's blessing, attempting to develop and deliver a version of MastCam with the originally planned zoom capability.

They needed to finish by December 2010, a deadline I'd forgotten. But I was on the phone today with Project Scientist John Grotzinger, interviewing him for a future article, and I asked him: are we going to have that zoom capability on the MastCam? I actually didn't expect him to answer; I only asked it to be mischievous. But he put down the phone and checked whether it was okay to answer the question, and when he came back he told me that, "as of today, it is public information that the zoom has been descoped." It was a tough decision, and a disappointing one, especially given the "really good team effort" that had been behind the attempt to restore the zoom, but ultimately, money and time ran out. 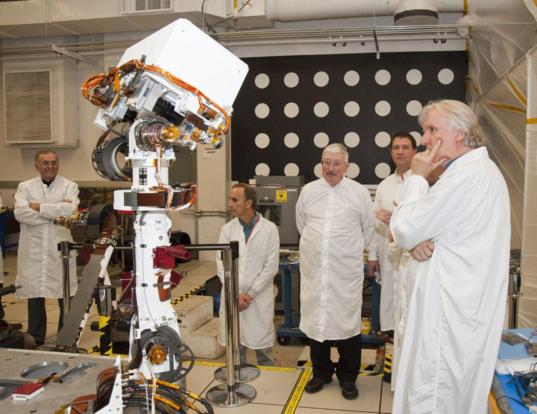 It's a major disappointment, if only to space scientists and die-hard space enthusiasts. Most of the public won't know what they're missing; even without zoom capability the MastCams will still produce the truest-to-life color images we've ever had from Mars. Plus, they're capable of recording 720p high-definition video at about 10 frames per second, more than fast enough to record drives across Mars, though of course the challenge of getting all that data through the narrow transmission pipeline to Earth will most likely prevent that capability from being used too often.

The big loss to what Mars fans had hoped for, is that acquiring color 3D panoramas will be much more challenging than it might have been (they'll certainly be tougher for amateurs to put together); and real 3D video is impossible because of the different focal lengths of the two cameras. Any 3D video will only cover the narrow field of view of the zoomed-in camera in one eye, and will require upsampling of the data from the other eye to match it; so one eye's image will lack detail compared to than the other, and the zoomed-in view isn't really comparable to what a human would see (unless they were using binoculars). This will be a major disappointment especially to imaging team member James Cameron. (Yes, that James Cameron.) We'll never know what he might have done to stir public excitement in the mission with his 3D moviemaking and real 3D HD video from Mars. Curiosity will still be capable of getting monochrome 3D panoramic views of its surroundings using a different, navigational camera system, like Spirit and Opportunity, and more complicated sequencing (requiring many more images being taken through one eye than the other, and more complicated on-the-ground processing) will permit color 3D panoramic stills, with extra work.

I don't question the mission's decision to stop work on the zoom-capable cameras. With the launch date looming and the rover now going through integration and testing, I'm sure this decision had to be made. I also know that the as-built MastCams will both provide true-color images of breathtaking, spectacular beauty, of landscapes more dramatic than we've seen from the surface of Mars before. But I'm still fuming about that original decision made at Headquarters in 2007. I can't imagine that that much money was saved, and it's going to lead to operational challenges for the mission that will cost money, and it will lose us our hoped-for 3D HD video. And I feel bad for the folks at Malin Space Science Systems, for whom this end to the MastCam zoom saga must be frustrating and disappointing in the extreme.