IKAROS flew past Venus on December 8

Just after Akatsuki missed entering orbit, another spacecraft, IKAROS, quietly passed by Venus. The IKAROS blog update rate has dropped as the spacecraft has traveled farther from Earth, but they're still doing pretty regular posts on the position and spin rate of the solar sail mission. On Sunday they posted a trajectory diagram showing its path past Venus, which was bent by the planet's gravity. 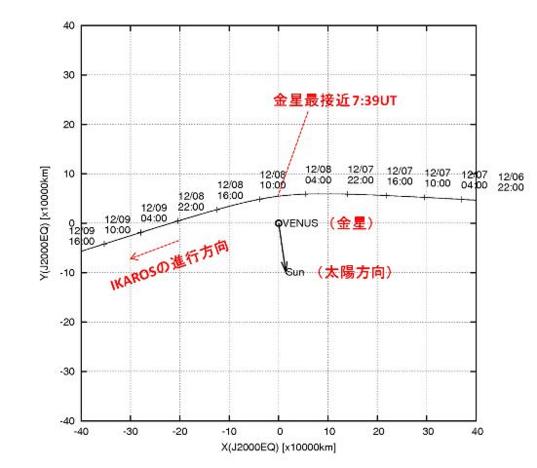 I think that verification of the bending of the trajectory is pretty much all the data that IKAROS will return from Venus. I know some people were hoping for images but It doesn't have a camera system capable of the sort of pointing and narrow field of view necessary to frame Venus and see anything. It's just notable that the solar sailcraft is still stable and still talking to Earth!