EDIT 3:30 pm: added a cool parachute pic to the bottom!

"Falcon 9 nailed it!" said Bill Nye said this morning, congratulating SpaceX on what has looked like a flawless launch, orbit, and return of the Dragon capsule aboard its Falcon 9 rocket. I've been watching the news via Spaceflight Now (and a bajillion people on Twitter). During the launch, every other word I heard from the control room was "nominal." The separation of Dragon from the second stage, viewed from a rocket-mounted camera, was picture-perfect. And it looks like the parachute-assisted return of the capsule has gone perfectly. 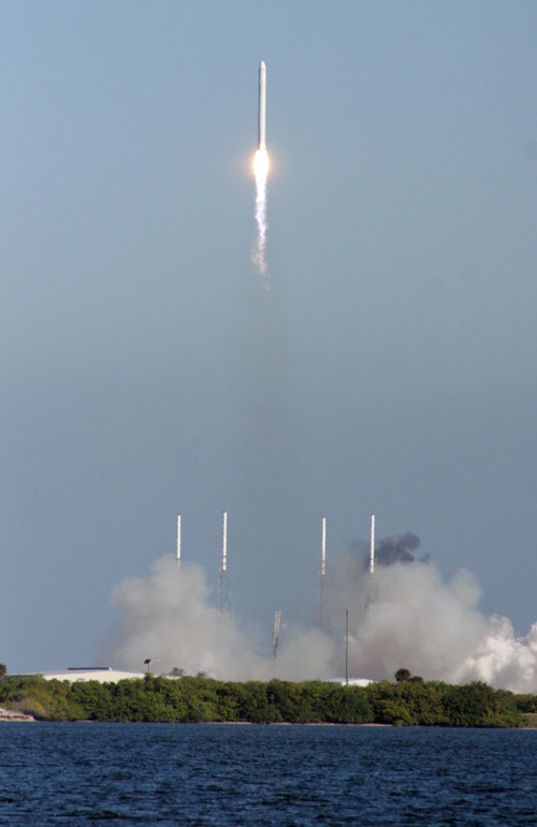 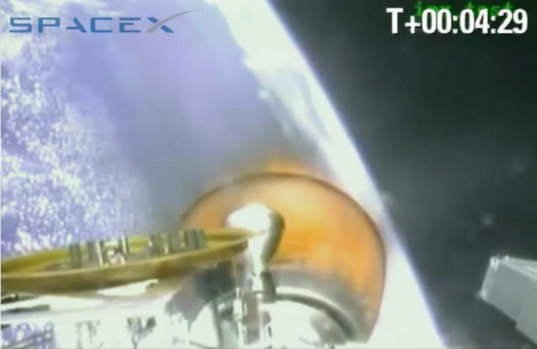 Falcon 9's second stage fires to place the Dragon capsule in orbit on its successful flight on December 8, 2010.