EDIT JUN 1: The image released on May 19 by the ESO was actually an infrared view -- the visible view I posted below is two years old. That doesn't affect how cool the photo is, though! Visit the ESO website for the brand-new infrared view. 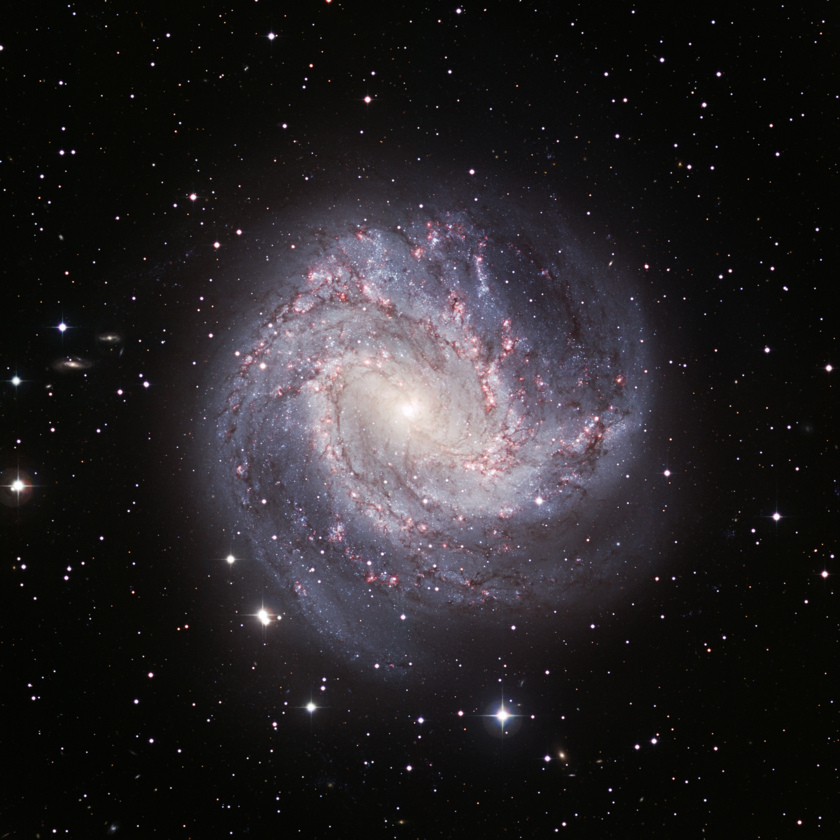 This dramatic image of the galaxy Messier 83 was captured by the Wide Field Imager at ESO's La Silla Observatory, located high in the dry desert mountains of the Chilean Atacama Desert. Messier 83 lies roughly 15 million light-years away towards the huge southern constellation of Hydra (the sea serpent). It stretches over 40 000 light-years, making it roughly 2.5 times smaller than our own Milky Way. However, in some respects, Messier 83 is quite similar to our own galaxy. Both the Milky Way and Messier 83 possess a bar across their galactic nucleus, the dense spherical conglomeration of stars seen at the centre of the galaxies. The "click to enlarge" version is half the full resolution; click here for a full-resolution image (10MB), and visit the ESO website for more.

I don't ordinarily go in for astronomical photos, but I found this one irresistible. Look at the enlarged version and you'll see that many of the background specks of light are more galaxies, more "island universes" full of stars great and small.

...there, I spaced out for five full minutes, contemplating that. Must return to rocks and ices and tactile things!