NASA announced that the Planetary Society’s LightSail 1 solar sail mission is on their short list for upcoming launch opportunities. The missions selected are CubeSats destined for piggyback launches as part of NASA's CubeSat Launch Initiative.

Our LightSail 1 spacecraft will be ready this summer, and we are hoping for the earliest launch possible. 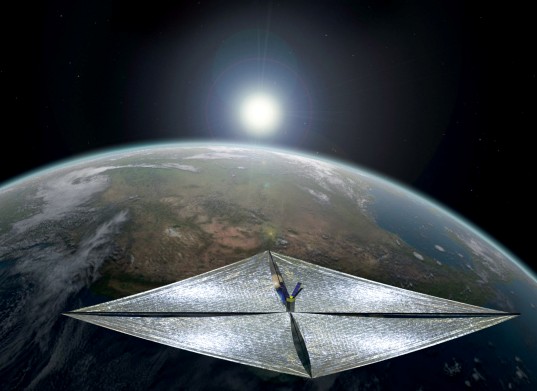 LightSail 1 is a three-unit CubeSat, which weighs 4.5 kg and measures only 10x10x30 cm. CubeSats are a type of nanosatellite that NASA and others launch as auxiliary payloads, “piggybacking” on missions with larger, conventional spacecraft. NASA has selected 20 (CubeSat) payloads, including LightSail 1, as well as payloads from government centers and universities.

Our spacecraft was built with donations from citizens all over the world. It’s the first solar sail spacecraft maneuverable enough to tack and increase its orbital energy while in Earth Orbit.

Several launch opportunities from government agencies and commercial companies have been identified as possibilities for LightSail 1, both in the U.S. and abroad. Our launch requirements are a bit more difficult than typical CubeSats because we want to go to a high enough altitude so that our sail will feel no atmospheric effects so we can demonstrate controlled solar sail flight with no force other than sunlight pressure propelling the spacecraft. The minimum desired altitude is 825 km.

The launch of LightSail 1 is in cooperation with the NASA Ames Research Center (ARC) through a no-exchange-of-funds Space Act Agreement the Society and ARC have made for nanosatellite development and educational activities.

The spacecraft is being built by Stellar Exploration, Inc. of San Luis Obispo in cooperation with California Polytechnic University. The solar sail is 5.5x5.5 meters of 4.6 micron Mylar, with a novel motorized deployment mechanism invented specifically for this project. The sail booms are developed by the Air Force Research Laboratory.