CEO Bill Nye: “This award is for our 50,000-plus supporters from around the world”

Pasadena, CA (November 21, 2019) — The Planetary Society, the world’s largest independent space interest organization, is proud to announce their crowdfunded solar sailing spacecraft, LightSail 2, has been recognized as one of TIME’s 100 Best Inventions of 2019.

TIME praised this year’s successful mission as “a critical proof of concept.” The publication judged each contender for the prestigious list based on key factors including originality, creativity, influence, ambition and effectiveness.

Launched from Cape Canaveral on 25 June 2019 aboard a SpaceX Falcon Heavy rocket, LightSail 2 captured the imagination of people around the globe as it became the first small spacecraft in Earth orbit to be propelled entirely by sunlight instead of fuel.

The concept of solar sailing was first imagined by Johannes Kepler over 400 years ago, and later embraced by visionary scientists and engineers in the 1970s, including Planetary Society founders Carl Sagan, Bruce Murray, and Louis Friedman. In the near term, the technology has many practical applications and can make spaceflight more affordable for academics, government organizations, private institutions, and new space-faring countries. In the long term, solar sailing is the most viable method for sending spacecraft to other stars.

Tens of thousands of space enthusiasts sent in donations to make the LightSail mission happen. In 2015, The Planetary Society launched a Kickstarter campaign for the mission and raised $1.24 million with the help of 23,331 backers—the highest number of supporters for a space exploration project in Kickstarter’s history.

“This award is for our 50,000-plus supporters from around the world, who brought this mission to life because they are excited about space exploration,” said Bill Nye, Chief Executive Officer of The Planetary Society. “We hope LightSail 2 inspires people everywhere to want to learn more about the cosmos and our place within it.”

LightSail 2 is currently solar sailing in Earth orbit. The mission team regularly receives engineering data from the spacecraft, which will inform future solar sailing missions carried out by NASA and others. The team will continue solar sailing operations and plans to study the effects of atmospheric drag during the de-orbit phase of the mission later next year. The public can follow along at planetary.org/missioncontrol.

To celebrate today’s announcement the mission team released a new image from the spacecraft, taken on 28 September 2019: 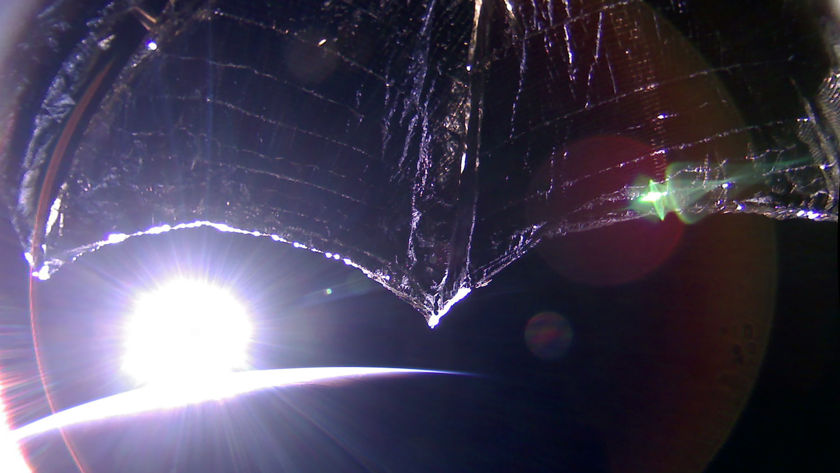 The Sun rises over the horizon in this image from LightSail 2 captured on 28 September 2019. The sail appears curved due to the spacecraft's 185-degree fisheye camera lens. The image has been color corrected and some of the distortion has been removed.

The issue of TIME featuring LightSail 2 is available on newsstands on 22 November 2019.

To see the full list of TIME’s 100 Best Inventions of 2019 online, visit  time.com/bestinventions2019

Media interviews can be arranged with Danielle Gunn, chief communications officer, at danielle.gunn@planetary.org