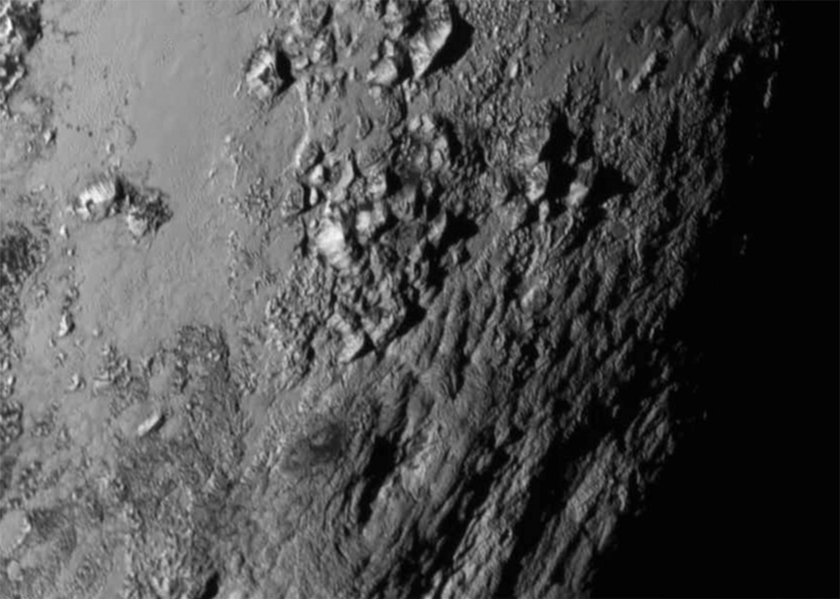 This close-up image of a region near Pluto’s equator reveals a giant surprise: a range of youthful mountains rising as high as 3,500 meters above the surface of the icy body. The mountains likely formed no more than 100 million years ago—mere youngsters relative to the 4.56-billion-year age of the solar system—and may still be in the process of building, says Jeff Moore of New Horizons’ Geology, Geophysics and Imaging Team (GGI). That suggests this region, which covers less than one percent of Pluto’s surface, may still be geologically active today. Moore and his colleagues base the youthful age estimate on the lack of craters in this scene.

The image was taken about 1.5 hours before New Horizons closest approach to Pluto, when the craft was 77,000 kilometers from the surface of the planet. The image easily resolves structures smaller than a mile across. 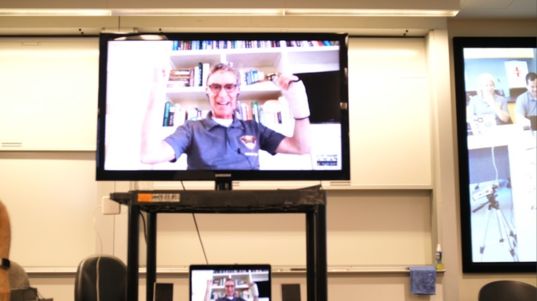 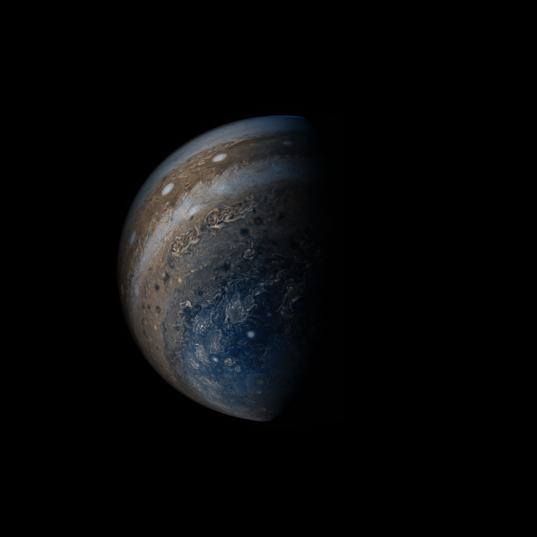 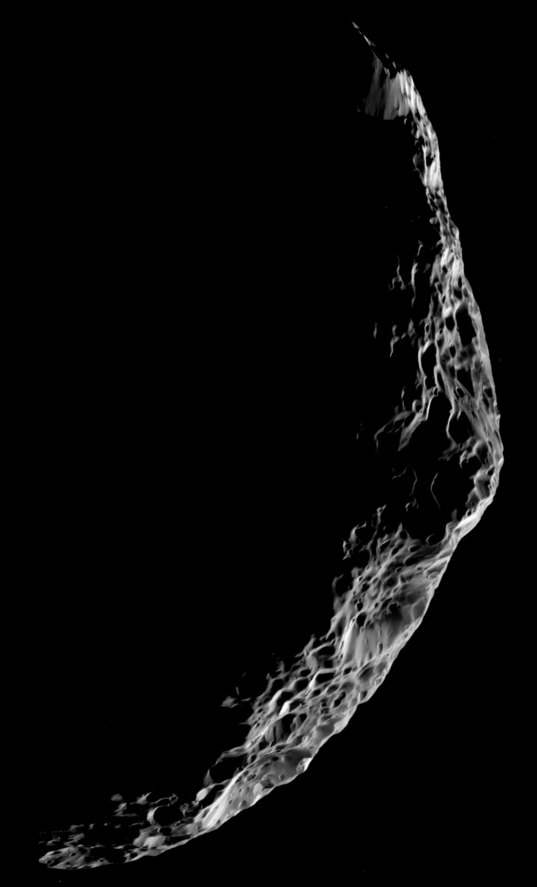 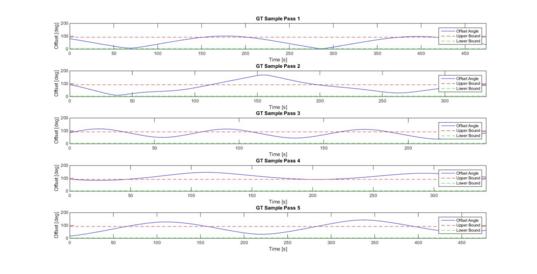 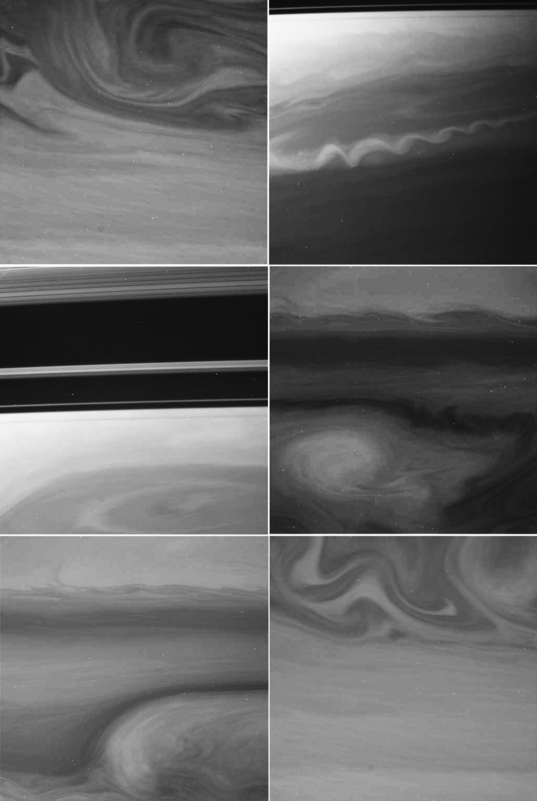 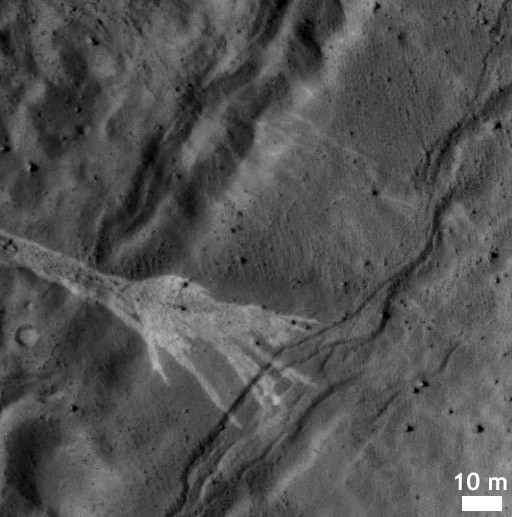