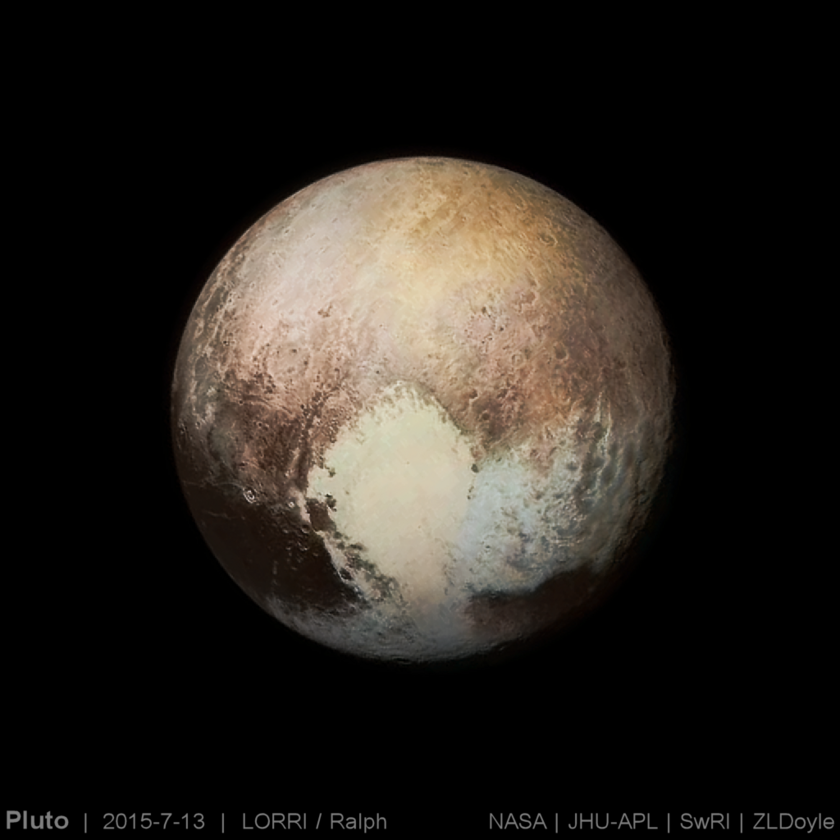 This is a best guess image for real color spectrum of Pluto based on two false color images released by July 14, 2015.

This is a composite based on the P_LORRI_FULLFRAME_COLOR and nh-071315_falsecolorcomposite images released on July 14, 2015. Being in a different orientation, the false color image had to be warped into place, matching as much terrain as possible and interpolating areas that were hidden. A green channel was synthesized and composited in as a layer to try and equalize the coloring as well. Other processing techniques were used to further bring out details in the terrain. This is a best guess at a (mostly) real color spectrum image of Pluto based on false color images.

This work is licensed under a Creative Commons Attribution 3.0 Unported License. For uses not allowed by that license, contact us to request publication permission from the copyright holder: ZLDoyle 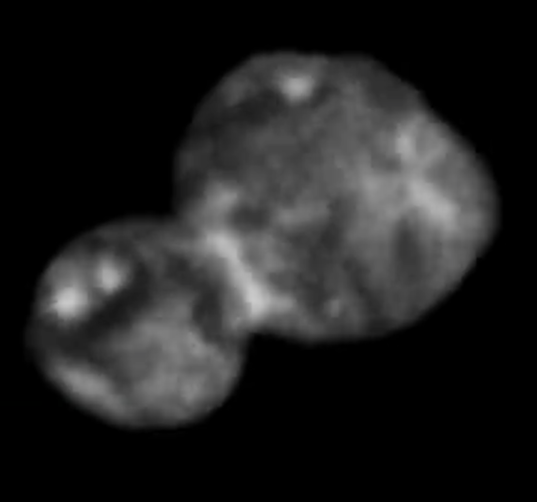 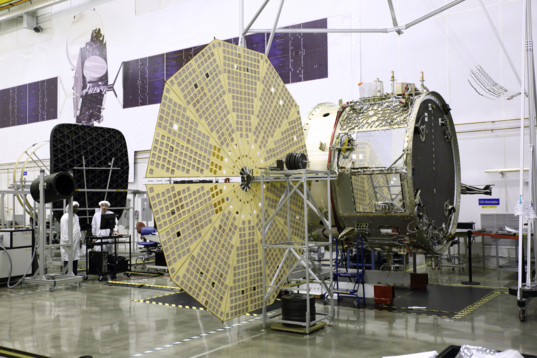 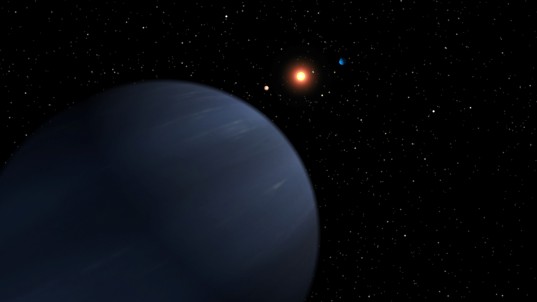 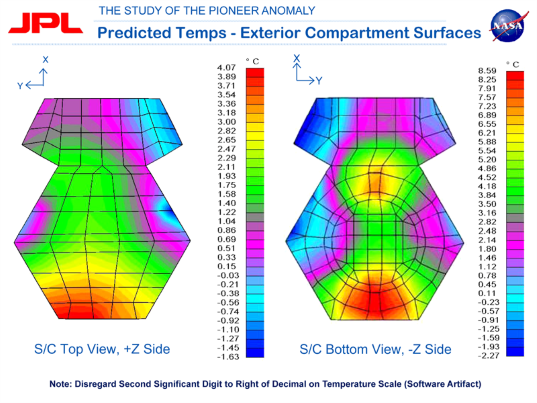 Predicted temperatures for Pioneer 10 at 25 AU