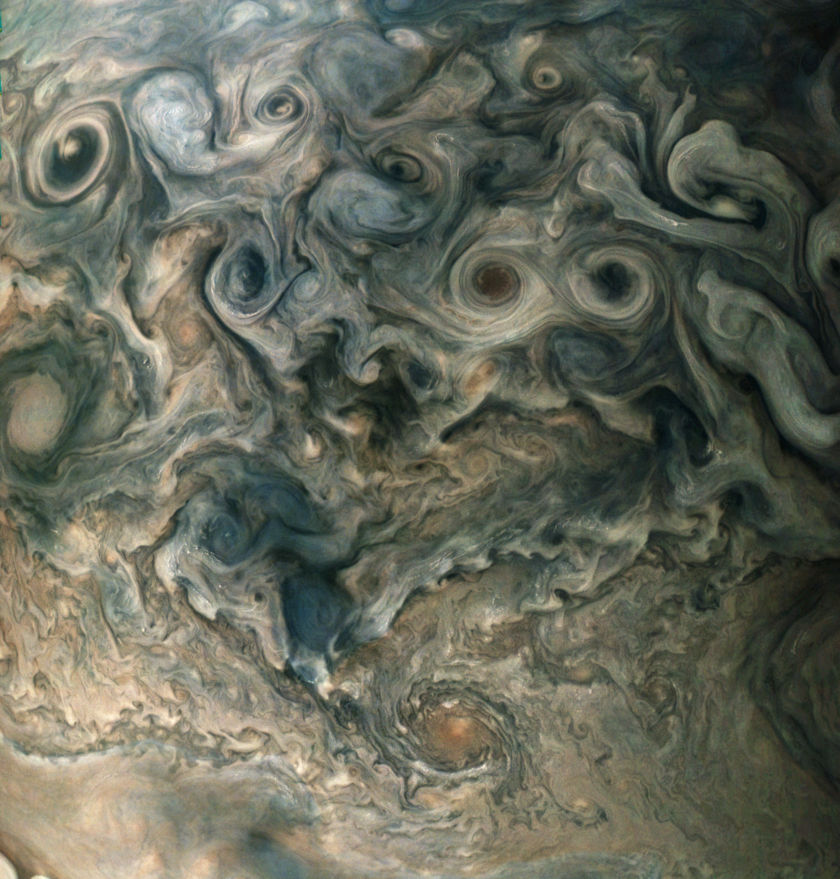 This image of spiral storms in the north polar region of Jupiter was captured by the Juno spacecraft during its sixth perijove flyby at an altitude of 12,579 km on May 19, 2017. Sharpness, color channel mixing, and brightness have been enhanced. 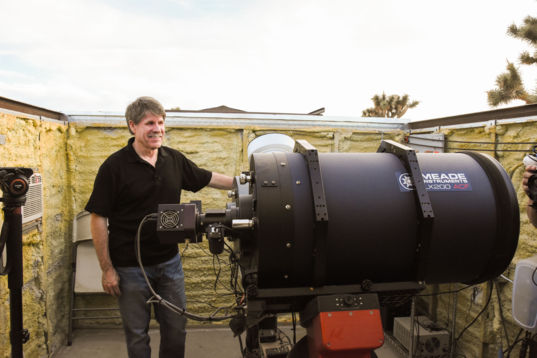 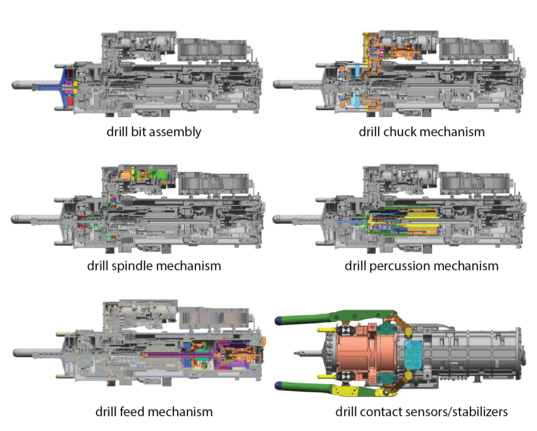 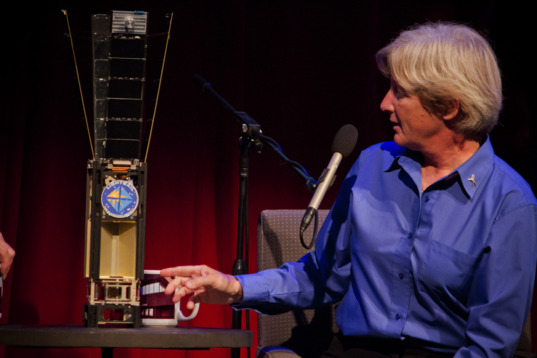 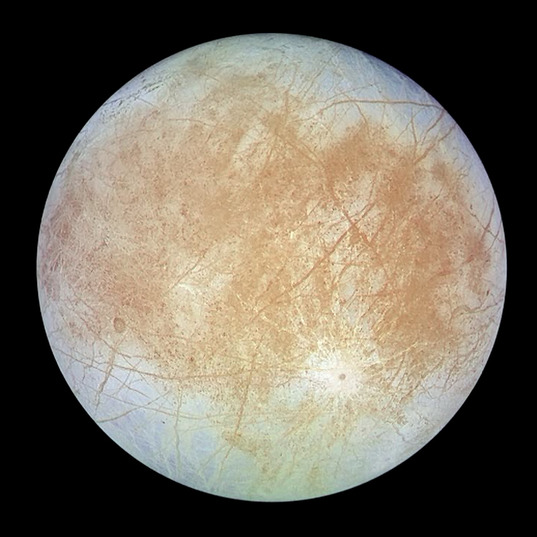