With Apollo 8, humans broke free of Earth orbit for the first time. Frank Borman, Jim Lovell and William Anders became the first humans in space to lose sight of their home world and gaze upon the lunar farside. Later, they witnessed Earth rising above the lunar surface, snapping the Earthrise photo that marked a profound shift in human perspective. The mission demonstrated astronauts could ride the Saturn V rocket to space, enter and depart from lunar orbit, and return safely to Earth, all crucial milestones toward the 1969 Moon landing. 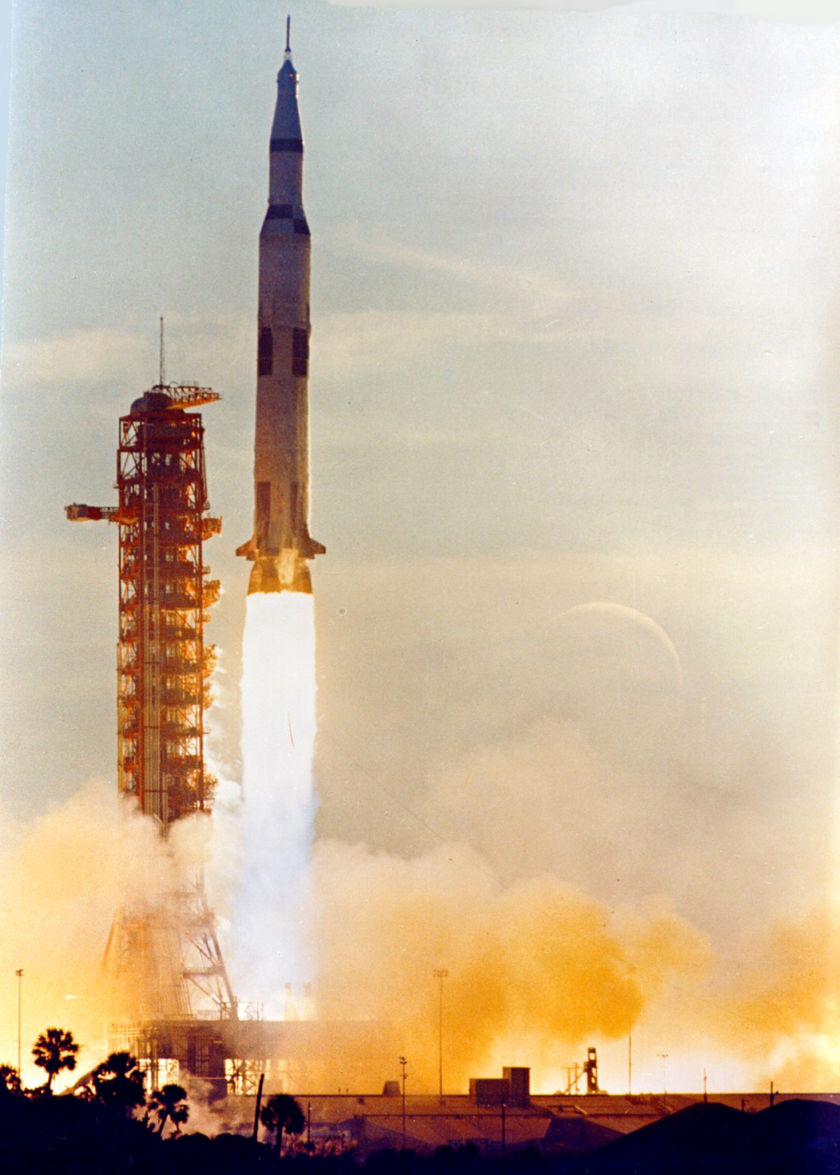 On the morning of 21 Dec 1968, Borman, Lovell and Anders blasted off from Kennedy Space Center.

"After the vehicle was released, the noise in the cockpit got very loud," Borman recalled later of the mighty Saturn V. "Effective crew communication was impossible. The last call that I heard was a faint 'tower clear' call by the LOM (Launch Operations Manager)."

Despite the noise, the crew reported a smooth flight, and just twelve minutes later, Apollo 8 was safely orbiting the Earth. During the second orbit, the rocket’s third stage ignited again, blasting humans out of Earth orbit and on to the Moon for the very first time. 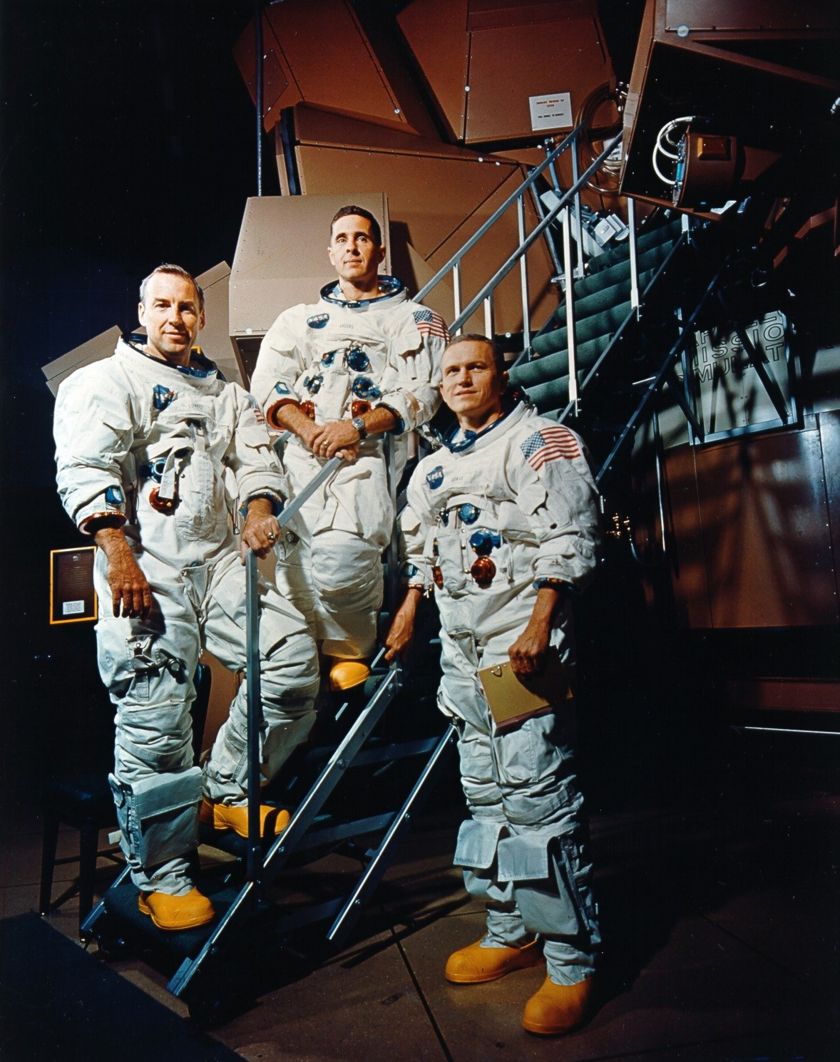 On 24 December, the crew passed behind the Moon and fired the service module's engines for four minutes, injecting them into lunar orbit. Another burn at the end of the second orbit placed the spacecraft into a circular orbit, 113 kilometers above the surface. On the fourth orbit, as the crew rolled their spacecraft to take panoramic photographs of the surface — including potential landing sites — Anders noticed the Earth rising above the horizon.

"Oh, my God! Look at that picture over there!” Anders said. “Here's the Earth coming up. Wow, is that pretty!"

Anders snapped a monochrome picture of the Earthrise, while Lovell scrambled for a color film magazine. Anders then took two more color shots, the first of which became one of the most famous images of all time. 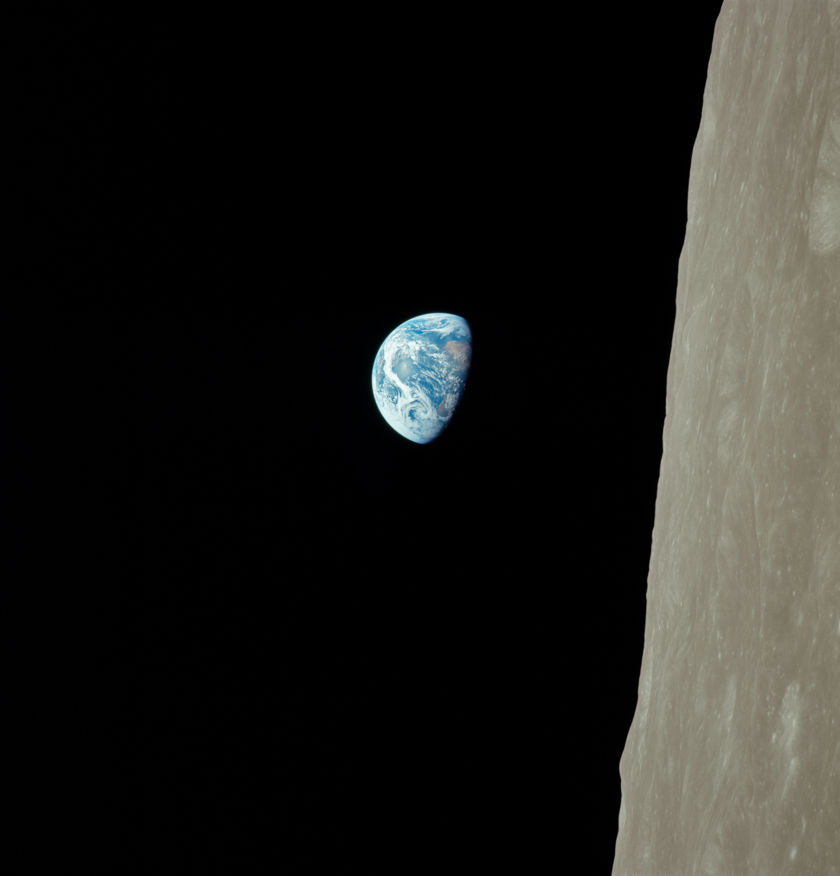 After a total of 10 orbits and 20 hours around the Moon, the crew fired their service module engine for 3 minutes, putting Apollo 8 on course for home. Splashdown occurred on 27 December in the Pacific Ocean. 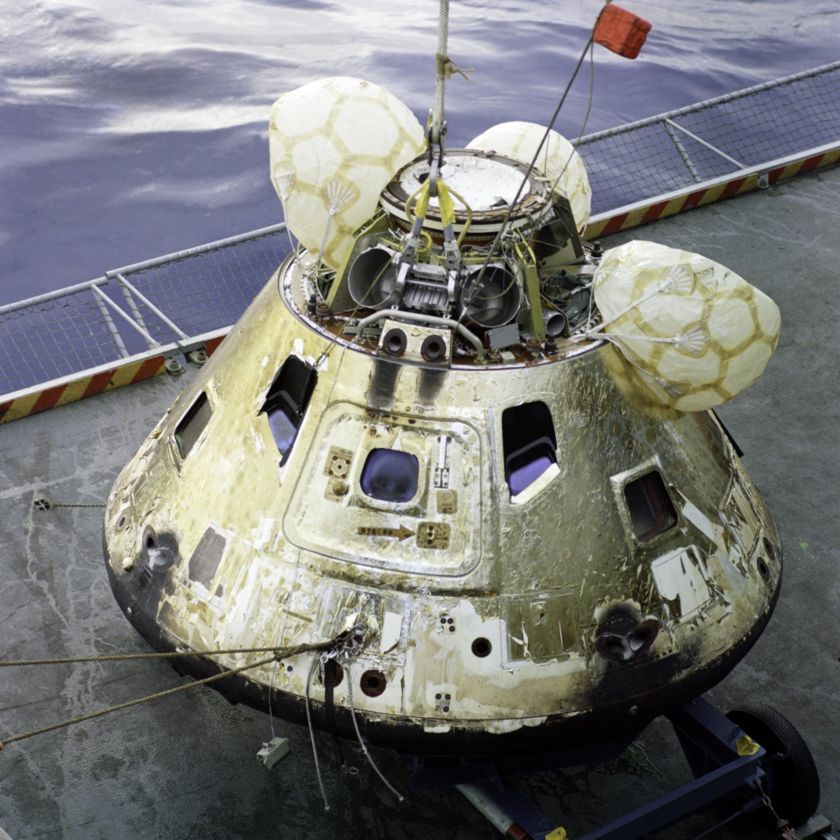 The recovered Apollo 8 Crew and Command Module (CM)-103 Spacecraft onboard the USS Yorktown.

NASA estimated the following direct costs for Apollo 8. Full costs of the Apollo program can be found on the "How Much Did the Apollo Program Cost?" page.

“The vast loneliness up here of the Moon is awe inspiring, and it makes you realize just what you have back there on Earth.”
- Jim Lovell, Apollo 8 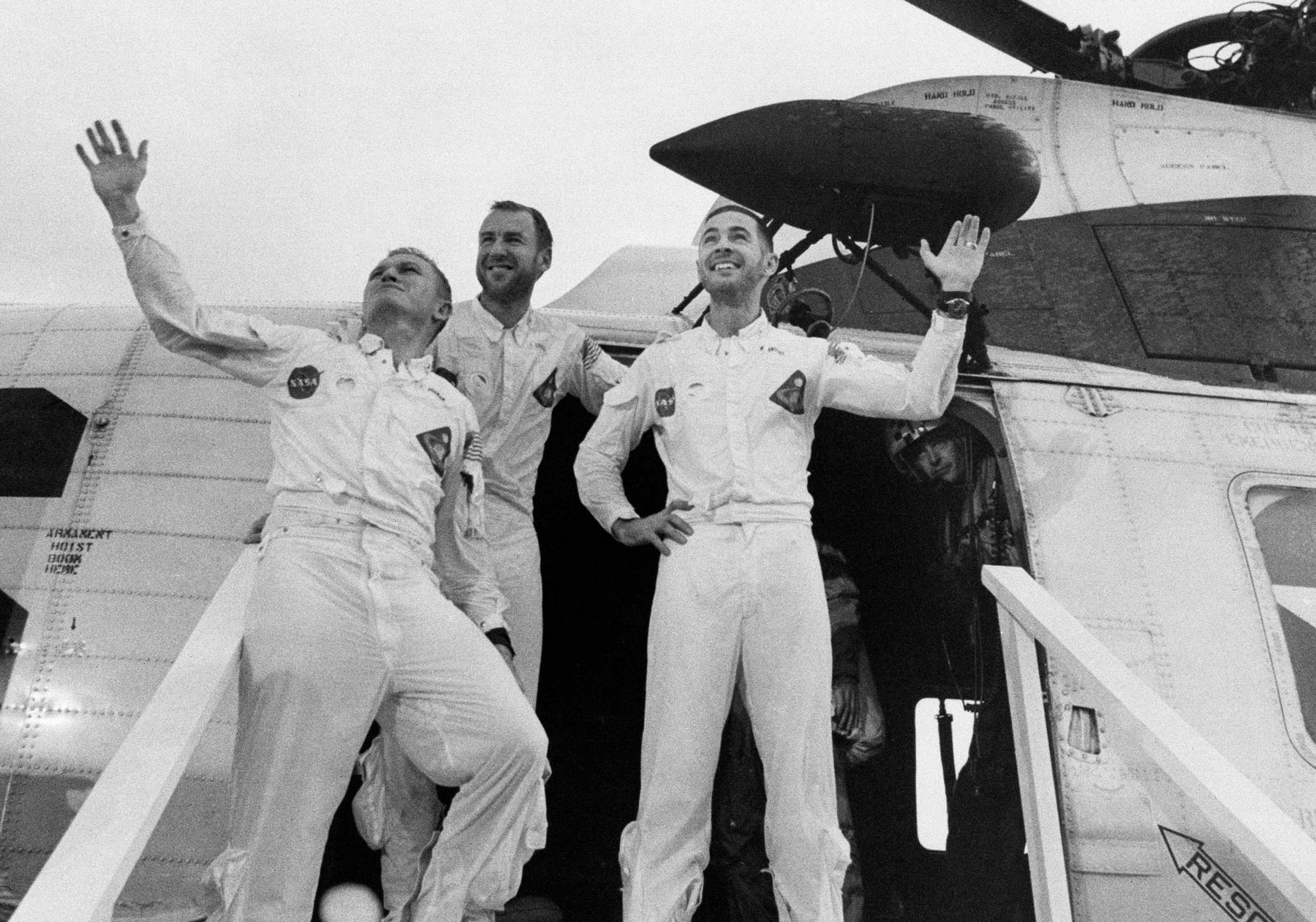