Gordan is a Croatian software developer and amateur astrophotographer. He dabbles in planetary image processing, creating color composites from datasets such as Cassini/Huygens, as he is "somewhat underwhelmed by the frequency the Cassini Imaging Team releases color composites." His work can be viewed on his Flickr page. 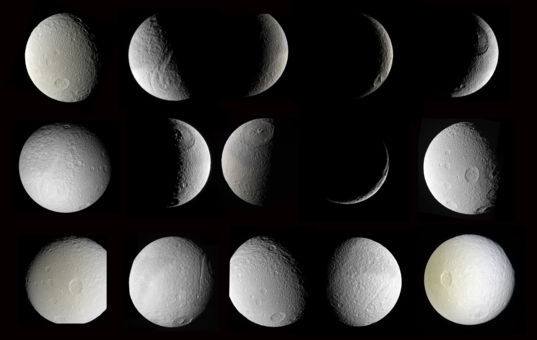 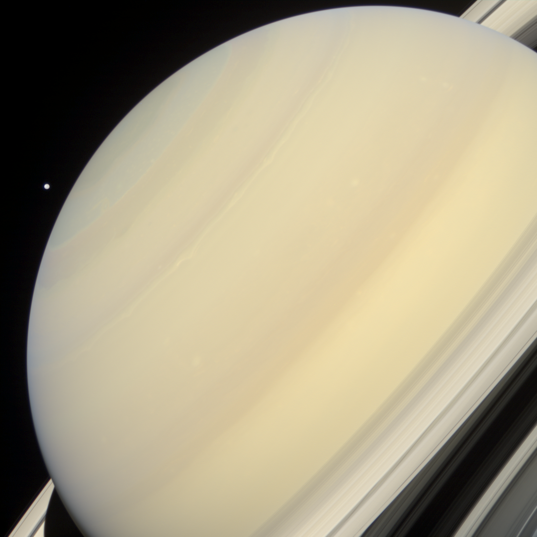 Cassini captured this view of Saturn with Dione visible beyond Saturn's limb using its wide-angle camera on September 16, 2014. 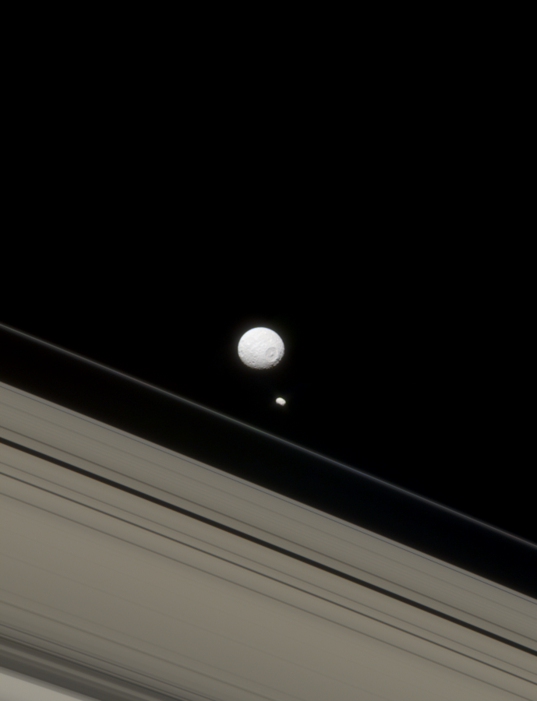 Cassini acquired this view of Mimas, Pandora, and the unlit side of Saturn's rings with its narrow-angle camera on May 14, 2013.