Often, the phrase “next steps” has been known to describe things that don't actually happen. But for The Planetary Society's All-sky Optical SETI, it's different. Here's what's happened in the last year.

Astropulse: A Fresh Look at the Skies in Search of E.T.

If you were a member of an alien civilization trying to communicate across the immeasurable distances of space, how would you go about it?

Just when SETI@home is celebrating its 10th anniversary, its older brother, Project SERENDIP, is getting a general makeover.

One of the youngest off-springs of SETI@home has been getting a great deal of attention recently. Known as the Quake-Catcher Network (QCN), this distributed computing project makes use of thousands of volunteers' computers to locate and track earthquakes.

In the beginning was SETI@home, the first large-scale volunteer computing project, launched in 1999 with seed money from The Planetary Society. Within months the project had millions of volunteers around the world joining to form the most powerful computer network ever assembled. 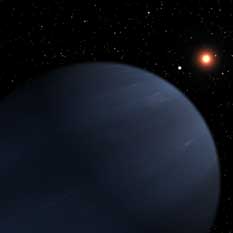 A fully formed planetary system, with five different planets of varying sizes and orbits has been found, orbiting a star more than 40 light years away. Significantly, it is the very same star, 55 Cancri, that was one of the chief targets of the SETI@home reobservations at Arecibo in March 2003.